The legendary Lee Priest isn't entirely convinced that Phil Heath will compete but he thinks he'll win if he brings his best. 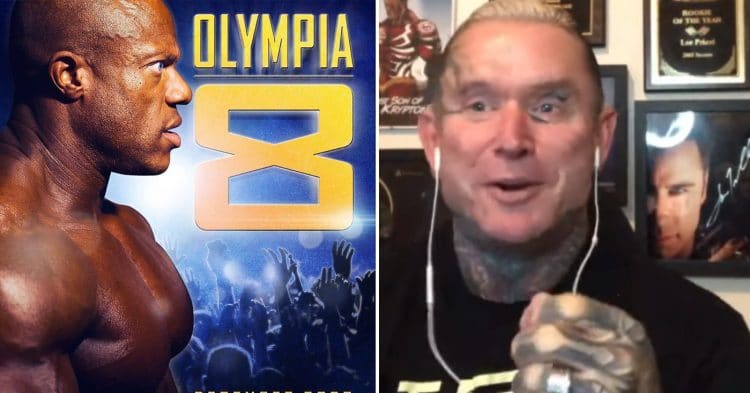 7x Mr. Olympia Phil Heath recently announced that he’d be returning to the Olympia this year. Heath did not compete at the Olympia last year after he lost to Shawn Rhoden in 2018. And with all of the uncertainty due to the current events, Heath mentioned in an interview a few months back that he’d have to see how things go and if everything lines up, then he’d consider stepping back on stage.

Now, does everyone believe that Phil Heath is coming back? Probably not. Heath has been involved in other business endeavors and he even signed with TGC Management/Athleticon earlier this year. So naturally, people didn’t/don’t know what to think.

To be fair though, he only took a year off, Kai Greene, on the other hand, has been teasing fans for a few years now and even Chief Olympia Officer Dan Solomon expressed his disappointment in a recent interview. Heath also only needs one more title to tie Ronnie Coleman and Lee Haney for most wins ever at 8. He’s not getting any younger and the current health situation showed us that our life can change at any moment.

But bodybuilding legend Priest doesn’t seem entirely convinced until he learns that a contract is signed. He recently shared his thoughts in an interview with Think Big Bodybuilding Media of which we’ve provided the details for you below.

Priest started off by saying…

Although he still thinks Heath will win if he’s in top shape, he also acknowledged the current travel restrictions, and therefore, we wouldn’t see other top competitors there like William Bonac (2019 runner-up), Hadi Choopan (2019 3rd place finisher), Roelly Winklaar, etc. It’s early to say if these restrictions will still be in effect by December though.

Priest mentioned that there’s still great talent who’d be competing in Brandon Curry (2019 Mr. Olympia) and Flex Lewis. But he was right in saying that people will be quick to dismiss the win with the other competitors absent.

“People are going to be like yeah you won it but there’s no real competition“.

Roberts also thinks Phil Heath will win and he explained that Brandon Curry was never considered on Heath’s level until he won last year.

“You can’t really count out Brandon, because Brandon looks great and now I’m sure Brandon was training hard for the Olympia going I’m going back to defend my title. But as hard as he was training, knowing now Phil is coming back he just knocked it up a few more notches“.

In talking about how they’ll both come into the Olympia, he mentioned,

“until the day of the show, we’re not really going to know.”

The IFBB Pro League and the Olympia shared the news of Heath’s announcement with posters for the Olympia in December which may be reassuring for fans and everyone else that he’ll actually be going for his eight Sandow.

Lee Priest is widely respected in the bodybuilding community given his lengthy career and unique opinions surrounding the sport. In...

Lee Priest made a name for himself in bodybuilding with incredible arms and detailed conditioning. In a recent YouTube video,...

Bodybuilding veteran Lee Priest defeated world-class talent during his respective tenure and underwent a physique transformation as of late. In...