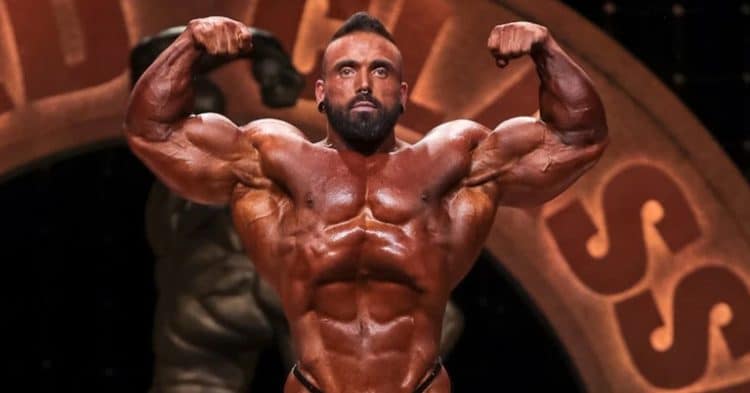 Fitness Volt has been receiving a lot of messages from fans and there have been many rumors going around about English IFBB Pro Luke Sandoe’s death whether related to his health, steroids, etc. But we wanted to hopefully address the situation by providing more details that we learned from one of his best friend’s Ben Chow, via Instagram.

UPDATE: Family of Luke Sandoe Reveal More Information About Cause of Death

Chow explained that there have been a lot of speculations about Sandoe’s death, and he obviously wanted to put them to rest immediately, he said in the video. And what came next was rather shocking and heart-wrenching…

“What happened with Luke was his choice, He decided that it was his only option and we’ll never comprehend what he was struggling with.”

“I will say that in my time knowing Luke, he has battled with demons which dates back from long before bodybuilding and long before I met him“.

Chow was one of the people who knew about Sandoe’s struggles because they used to have conversations all the time, he explained.

He said that it wasn’t Luke’s health, steroids, or a drug issue that led to his death but his own decision. Chow mentioned how he could relate to Sandoe in some ways but then when it came to other things, this wasn’t quite the case.

We all have our struggles but Luke Sandoe’s were evidently, to the extent where it was too much to bear for him as an individual.

“I think that Luke’s demons were bigger than ours.”

Chow said that he doesn’t feel like the reason for Sandoe’s death should be kept a secret as it’s a very prevalent situation that needs to be addressed more. “As a male, mental health is something we should take very seriously.”

“I love him and I miss him and I’ll cherish every memory.”

At this point, Chow wrapped it up and said he’ll put out another video when he can get his thoughts together.

You watch the full video here…

“Luke Sandoe
I don’t know if this was the right thing to do. I’m a little lost right now but something told me to protect his memory but honestly. I’m sorry if this wasn’t appropriate.
I love you @lukesandoe“

Learning of Luke Sandoe’s death was extremely devastating but hearing of these new details is just incredibly disheartening. Sandoe was only 30 and just getting started as a very promising bodybuilder with so much potential on and off the stage. He was definitely loved by many which were evident by all of the tributes to his amazing life and career.

One of those came from seven-time 212 Mr. Olympia Flex Lewis expressed his condolences with a tribute post which read…

“I have tried to write something several times and can’t find the words to do it.
It feels like DejaVu two young men gone long before they should have.
–
I have known Luke for over a decade we were both sponsored by Gaspari, seen him win his pro card and watch his career grow into Signing with RedCon1, Podcasts, and on stage placing 3rd at the Arnold’s- Very proud.
We got closer over the years, and not a week would go by without some shit talk from him. Luke was a very funny guy and his humor I will miss. We rarely talked training, and i knew Luke was a deep guy but I never knew he was hurting.
Rest Well bro.

ANYONE who feels low, with suicidal thoughts or mental illness, know your never alone and to please reach out to someone and talk, there are many professional organizations that want to help.“

Sandoe was also a Redcon1 athlete and CEO Aaron Singerman also posted a tribute video that you can watch below.

Mental health is a very serious issue that no one should feel ashamed of talking about. And it’s very unfortunate that the world has lost an amazing individual due to a very common problem that many people deal with which is very alarming.

Our most sincere condolences go out to the family and friends of Luke Sandoe.

The untimely passing of Pro bodybuilder Luke Sandoe hits even harder today, on the day that he would have turned...

One of the biggest shocks in the bodybuilding community recently was the death of Pro bodybuilder Luke Sandoe from the...