After failing to meet the weight requirements for his height in Classic Physique, Marcello De Angelis recently announced a move back into Men's Open bodybuilding: "my happiness is in the Open"" 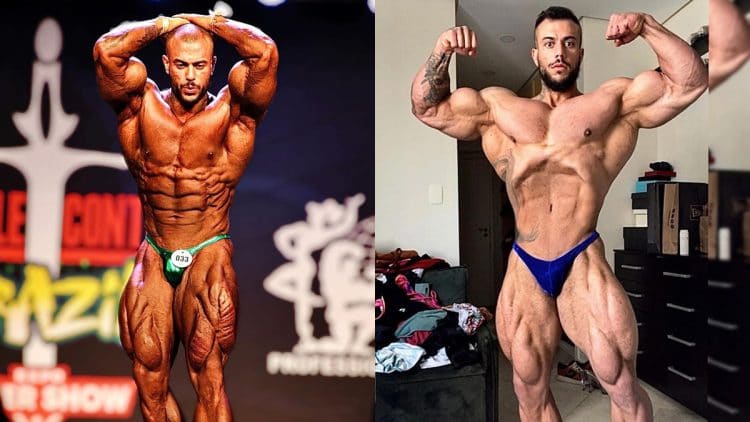 One of Brazil’s brightest bodybuilding prospects, Marcello De Angelis plans to make health a top priority moving forward in the sport. In a recent post made to Instagram, De Angelis announced that he will move into Men’s Open bodybuilding and plans to bring the ‘best physique of his life’.

Ever since earning his Pro card last year, De Angelis, popularly known as Horse M.D., left fans in suspense as he continued preparations for a splash in the Classic Physique division. His following was left unsure as to which division he truly belonged to seeing as he earned the aforementioned Pro card in the Men’s Open category at the 2021 Expo Super Show. He attracted a lot of excitement with excellent conditioning and for his ability to hit a vacuum pose with relative ease.

While all signs pointed to domination at the 2022 Expo Super Show this year, De Angelis was hospitalized by a debilitating virus before the event. As a result, the Brazilian native revealed he lost 9-kilograms (19.8-pounds). According to De Angelis, he was treated with a Saline drip to help aid with excessive dehydration.

Despite making it to the Expo Super Show in Brazil a few weeks ago, he was unable to compete after failing to make the weight limit for his height and was subsequently disqualified from the contest. He weighed in at 104.8-kilograms, but in order to compete he needed to weigh 101-kilograms. In spite of all the hurdles, De Angelis has made it clear that his plan is to move into Men’s Open bodybuilding in the near future.

On June 30, 2022, De Angelis cleared the air on his decision to go back to Men’s Open bodybuilding, adding that his ‘happiness is in the Open’.

“Go to open. This whole period of transition to Classic taught me a lot, unfortunately the difficulties in losing weight affected my immunity, physical and mental health before I could finish the first competition and God knows I tried until the end with all my strength, putting goal and expectation above my health.

My coach and wife were not in favor of me choosing Classic in the beginning because they both know my facilities and difficulties, and so during the journey people who really like me, when they saw me degrading myself in search of weight, changed their minds, so as after the virus I was advised to stop there, I was wrong once again to go all the way.

I never wanted to disappoint, I always go to the end. But I was also disappointed in myself for letting all this happen and I will never put anything against my health (not just once again). My happiness is in the Open. I really appreciate those who are by my side and trust me, I also appreciate all the good energies of those who accompany my work. The best is yet to come, I will strategize with the right people who care about me and dedicate myself to bringing the best physique of my life.” Marcello De Angelis wrote.

During his bodybuilding tenure thus far, De Angelis has become a Mr. Universe champion, Panamericano champion, as well as a two-time Sulamericano winner, a four-time Brasileiro overall champion, and a two-time Paulista winner. Given his aesthetic features and tight waist, many were under the impression that De Angelis would have a major impact on the Classic Physique division.

His post indicated that his family weren’t entirely onboard with his decision to cut weight and admitted after the virus, he was ‘advised to stop’. De Angelis added that ‘the best is yet to come’ as he embarks on his new journey as a Men’s Open bodybuilder.