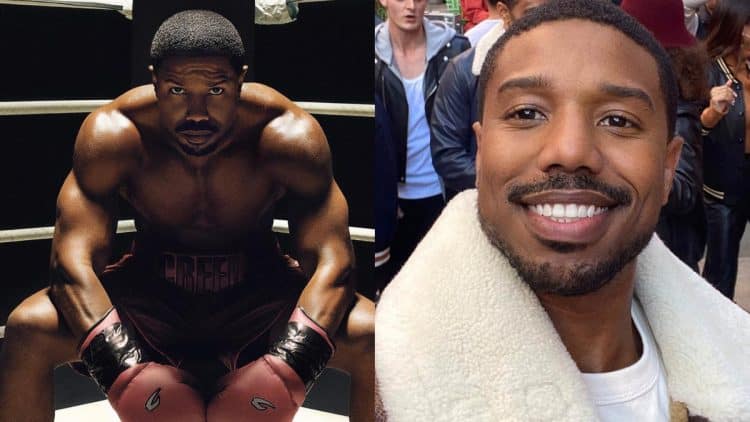 Credit: Michael B. Jordan (via Meta)

Michael B. Jordan has one of the best builds in Hollywood. He rose to prominence playing gunshot victim Oscar Grant in the drama Fruitvale Station. He’s also gained attention in the fitness community starring as Donnie Creed in Creed, a spinoff of the iconic Rocky movie franchise. In a recent post made on Instagram, Jordan shared his impressive physique to promote the upcoming film Creed III, scheduled to release March 3, 2023.

Back in 1976, legendary actor, Sylvester Stallone made the headlines for his breakthrough titular role in the movie Rocky. He packed on the pounds and brought an insane physique that could rival some professional bodybuilders, as many liked to compare him with seven-time Mr. Olympia Arnold Schwarzenegger. His incredible portrayal of the character in Rocky established him as one of the biggest names in Hollywood.

For the second installment, Stallone even agreed to direct the film in the absence of director John G. Avildsen, who was also scheduled to film Saturday Night Fever. Stallone became an inspiration for many young men, including Jordan when he was growing up.

Jordan gained muscle mass and brought an aesthetic build to the movie industry when he got picked to play the son of Rocky Balboa’s best friend, Apollo Creed. Jordan underwent extensive boxing training to prepare for the film production and transformed his physique. While he worked alongside Stallone in filming, Jordan admitted he fulfilled a lifelong dream when he got the chance to work on his boxing skills with Rocky Balboa himself.

Michael B. Jordan looks jacked in the first look reveal for Creed III

Michael is also known for his work as the supervillain Killmonger in the Marvel comic book film Black Panther. He worked hard in the gym to sculpt an impressive build.

This wasn’t the only time Jordan would emulate a comic book character as he also got the chance to play as superhero Human Torch in Fantastic Four.

RELATED: David and Goliath: Sylvester Stallone Shares an Unseen Photo of Him and Hulk Hogan

Michael B. Jordan has shown no signs of slowing down. He assumed the lead role in Creed III and also directed the overall project. He was working with trainer Corey Calliet to bring an improved package for this role.

Calliet focused on attributes that are desirable in a boxer like agility, hand-eye coordination, and cardio. Based on the most recent look of Michael B. Jordan, he is certainly looking the part of a professional boxer and fans are excited to see Creed III makes its way into movie theatres.