Life and accomplishments of Mike Rashid 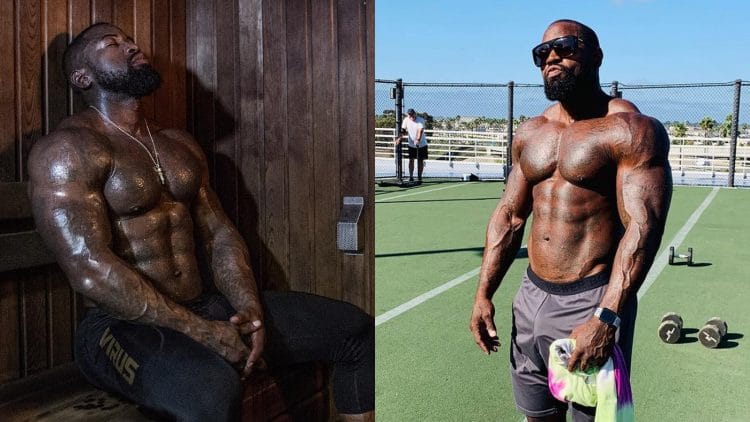 Mike Rashid is a professional boxer, entrepreneur, fitness personality, and coach/trainer. This is his complete profile, biography, training regime, diet plan, and more.

Love for rap and missed opportunity

Mike took an interest in rap music as a child and he’d spit lyrics with friends on the phone. As he got older, he’d write his own stuff and then saved up enough for studio time of which he’d make demos and did a lot of freestyle rap music.

“I was able to freestyle nonstop but if I tried now I’d sound like I never rapped before in my life because I’m not doing it.”

“I love rap with a passion”.

He’s cited the legendary Nas as being his favorite rapper not just for his talents but also because of his background from nothing to a massive success.

Mike would do shows and started to develop a following and back then social media platform MySpace was the popular thing. Every young rapper’s dream is to make it big and Mike Rashid has said that he did have that opportunity at one point in his life. Mike developed a friendship with music producer Ernest Dion Wilson aka No I.D. who produced many hit singles with Kanye West, Jay Z, Big Sean, and others.

He was invited by No I.D. to perform at an event that featured Kanye and Jay Z which could have given him massive exposure however some legal issues prevented him from traveling. That was a hard one to come to terms with.

“It hurt, I had to take that one in the gut. But I did things that weren’t right and that was the consequence I had to pay.”

While pursuing a rapping career was over from that point, Mike got the itch back to start making music again and linked up with producer Amir Perry last year. Perry is apparently a big deal who has worked with big names and he used to produce a lot of Rashid’s music. He plans to release more music.

Rashid started boxing as an amateur at age 12 and continued until age 21 until he quit the sport. However, he picked it back up in 2017 and turned Pro as a Heavyweight athlete in 2018. Mike won several bronze gloves, silver gloves and two national golden gloves in amateur competition.

The fitness enthusiast had a short stint as a competitive bodybuilder from 2012 to 2014 before trying powerlifting. In strength sports competition, Mike won the invite only Boss of Bosses meet in August 2015.

Before an intense leg workout, Mike does a little stretching and then a few warm-up sets using 135 and 225 lbs respectively. This allows the blood to flow and muscles to prepare for heavier loads and an increase in intensity.

He’ll then add more weight and do 315 followed by 405 lbs but in a recent session posted to YouTube he did a few singles with 455 and 475 lbs. Rashid suffered an injury earlier this year and is trying to gradually increase his poundages of which this strategy allows him to see where he’s at and find a safe working weight.

For the barbell squat, Mike did pause reps. The goal with pause reps is to emphasize muscle recruitment and eliminate momentum by holding a position for a few seconds before completing the rep or in this case exploding upward. In this case, it’s the bottom of the squat when the butt is close to the floor that you pause, otherwise known as the “hole”.

“You want to get comfortable being in the hole. When you’re in the hole that’s the most vulnerable position that’s your weakest position, that’s how you really get strong.”

For this phase, Mike will decrease the weight every set and increase the reps.

For chest, Mike likes the bench press which is his favorite exercise overall alongside the squat for lower body. His heaviest bench press is 500 lbs which he achieved while weighing 225 lbs. That’s twice his body weight.

“I feel like I am somewhat of a specialist at bench press,” says Rashid.

This workout is a progression that’s worked for the entrepreneur and it provides the perfect template for anyone looking to gain muscle mass and strength. He explains how to build a solid base and with 30 years of training experience he knows what works. This is incredible advice for beginners.

The idea is to warmup and increase the weight each set but not go too heavy to where you’re exhausted by the time you reach your heaviest sets. You want to be strongest for the heaviest set and this is important for developing maximum strength.

The more trauma you cause to the muscle, the bigger and stronger it grows back when it repairs it’s common sense it works out perfectly.”

Here’s a 25-minute arms workout that Mike put together.

Most people know Mike Rashid as a boxer, entrepreneur and fitness personality. However, there are some things that many don’t know about this multi-talented individual.

One thing many don’t know about Mike Rashid is that he likes playing video games.

“I’m not a gamer, I would never claim to be one but I did have a period where I was heavy into call of duty.”

While he still likes Call of Duty it stops being fun when you lose almost instantly.

But he also likes to play Tetris Effect on PS4 when he’s getting a haircut at his crib – “I love this game“.

Mike used to be a group home manager. He dealt with young Native American men who were in the juvenile system and was able to be a mentor which was incredibly fulfilling.

“There was a couple kids that I actually wanted to adopt“. He explained that some parents wouldn’t even show up to meetings and it was very sad. But he was able to make an impact and says that was his favorite job.

Like many men (and women), Rashid loves his cars. He acknowledges that cars aren’t investments but rather one of his passions and one of the things he really enjoys. And no he doesn’t have “weekend” whips but rather drives his cars as much as he can.

His dream car is a new Rolls Royce Phantom that he can’t yet afford but it’s no doubt coming. He does plan to get a 2020 Corvette or Hellcat Red Eye in the near future though.

One meal a day (OMAD) 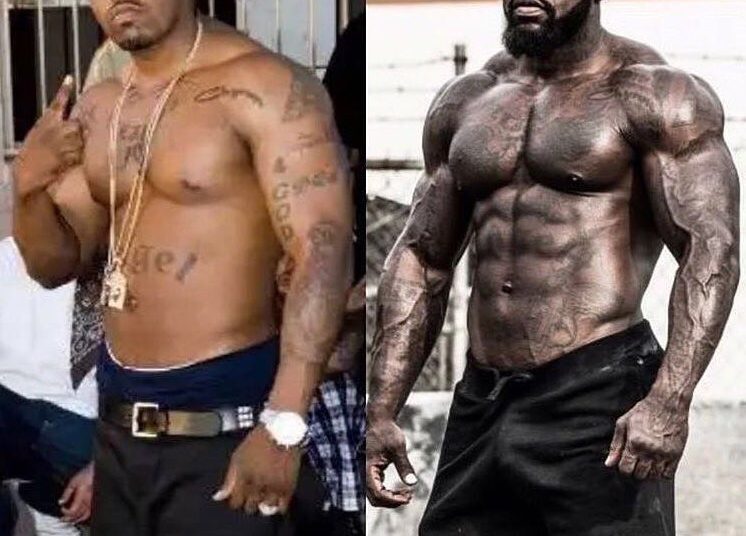 If you have or do follow Mike Rashid then one of the things you probably do know about him is that he is a big proponent of having one meal a day also known as OMAD – “I feel better like that, I have more energy.”

He admits that this approach that includes fasting works great for him and it also helps that he’s not a foodie. “I’m not a foodie, I got friends that can eat all day, I just can’t I don’t have that kind of appetite“.

Does he recommend that others follow the OMAD eating regime? Not necessarily as he notes this depends on each individual. We all don’t have the same goals and we’re all certainly not the same. But he would recommend intermittent fasting as he believes it’s a very good thing.

Although he says that as long as you’re eating a clean and healthy diet you’ll be fine and there’s not one best way to eat.

Read also: The OMAD Approach: Is One Meal A Day an Effective Weight Loss Strategy?

Mike did follow a vegan diet for two years recently but introduced mostly fish and some beef into his diet last year because he likes meat but also because he ate too many carbs while traveling and following the vegan diet to keep himself satiated. Well, this didn’t do well for his body composition as he started to get round and soft.

He supplements with his own brand of plant-based protein powder called Planta.

Related: Check out these Best Vegan Protein Powders Reviewed In 2021 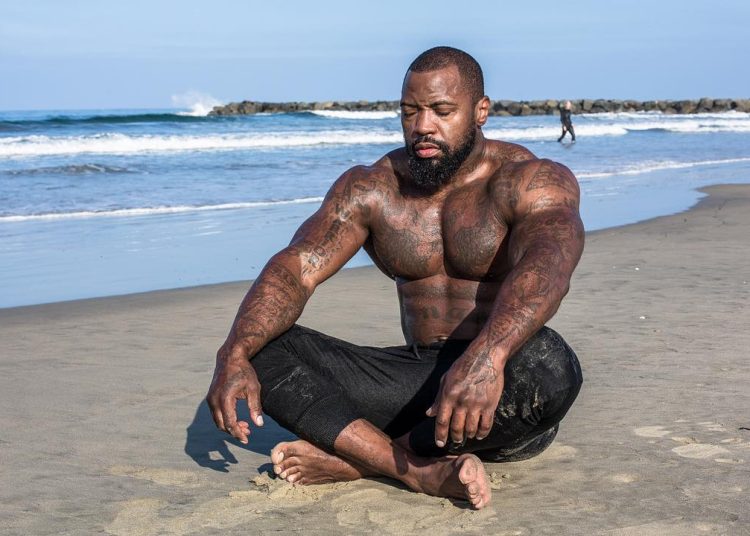 Mike has done very well as an entrepreneur.

The internet star also offers online programs at mikerashid.com and is involved in other endeavors.

While he’s a successful businessman and entrepreneur who’s always busy working on projects, Mike Rashid finds the time to be a dedicated father. He’s said that he prefers to be close to home where he can spend time with his children rather than traveling.

Mike’s been involved with some industry drama including an incident where he got into a verbal altercation with multiple-time Men’s Physique champion Jeremy Buendia.

In 2017, the Iron Addicts gym at the Miami, Florida location was raided and the owner Richard Rodriguez was arrested for illegal steroid operations. Iron Addicts was founded by Mike Rashid CT Fletcher, Ahmed Dawoud and Pedro Rodriguez. Rashid apologized but made it clear that this was not his fault.

Mike also stepped in and defend transgender Janae Kroc amid internet hate back in 2019 and you can learn more details here.

What Mike Rashid has been able to accomplish is nothing short of astounding. He’s multi-talented and so it’s no wonder his life has taken the path that it did. From missing out on a once-in-a-lifetime opportunity and learning from his mistakes, you could say that things happened for a reason and it’s shaped his mindset that’s allowed him to overcome challenges but to strive to be a better person everyday.