The Military Press Is A Key Ingredient For Beastmode Shoulder Gains

The military press is still necessary for your best shoulder development.

It’s an exercise that we could all probably agree has taken a backseat to convenient machines and contraptions which eliminate much of what makes this movement so superior.

Yes, we’re talking about the military press or barbell overhead press which has been used for decades with much success. And you’ve likely seen the Golden Era bodybuilders doing this power exercise as well as current Pros and even athletes in general.

Well, the reason it’s still one of the best is because it has stood the test of time for its ability to blast growth into your delts while using maximum resistance to also increase strength and improve overhead pressing power simultaneously. Now, that doesn’t mean it’s the best exercise while others are inferior but it’s very necessary.

The military press primarily targets the anterior (front) deltoid, especially due to the recommended position of the arms during the movement (elbows forward and only slightly flared out).

But the lateral (middle) deltoids do get some stimulation although not as much which is why we always advise doing a lateral shoulder exercise with dumbbells and cables and/or the dumbbell shoulder press to really maximize the activation of this area.

In fact, one study found that the dumbbell shoulder press works the lateral head better than the barbell variation due to the elbows being more flared out but in a safer and more natural position. (1)

Now, the rear (posterior) delts do get a small amount of stimulation as well, although any pressing movement is not sufficient for training this head of the deltoid. So, you’ll need to focus on your pulling exercises and direct isolation work to maximize growth and strength (e.g. reverse fly).

Then you have the trapezius which assists during the press since that’s part of its function (upward rotation / elevation of the important shoulder stabilizer being the scapular retractors). And, of course, the triceps are a big assister in any pressing movement, while the upper chest is naturally engaged to a degree as well.

The military press allows for maximum overload as a bilateral (affecting both sides simultaneously) and multi-joint exercise which is necessary for hypertrophy and strength increase. Also,
there’s not as much balance and stabilization required as there would be during a dumbbell variation.

But the military press also allows for maximum shoulder flexion which is ideal for maximally activating the muscle fibers.

However, the barbell seems to be the more effective tool for strength than it is for hypertrophy overall when compared to the dumbbell press. And standing during a pressing variation also seems to be better for the stability of the core, whereas a seated variation seems to allow for the ability to be able to lift more weight. (2)

There are many ways that people will perform the military press but you have to be careful to ensure you’re not placing your joints in a bad position. Also, body position is crucial for maximum performance.

Now, that doesn’t mean people who do the behind-the-neck-press will suffer from shoulder issues. In fact, many can do it safely if they have decent shoulder mobility.

But the basic form principles of the military press is pretty similar for everyone just because of how our joints function and simple mechanics.

So, there are a few things everyone should keep in mind regarding a safe and proper body position when doing the overhead press.

Here are some key points to remember…

How To Do The Military Press

The bar set up for the military press should be about the same height as when you perform squats.

Tip: When you press the bar overhead, move your head forward during the middle of the press so that it aligns with the rest of your body. Then, as you lower the bar, move your head slightly back. This will allow you to have maximum power during the press.

Exercises To Improve Your Military Press

The best way to get better at the military press is to just practice the movement itself. But it definitely helps to be strong in certain areas to maximize your performance.

Now, doing a lot of pressing exercises, in general, can result in imbalances in the upper posterior chain. And most people don’t do enough training to counteract these issues.

Now, if you’re suffering from serious pain in the shoulder area then we highly recommend you seek the help of a professional. But for the average lifter, some isolation work can ensure that you’re able to train efficiently without or with limited limitation.

So, to improve the overhead press we recommend working your core and upper posterior chain. Your core plays a big role in stabilization during heavy training and having efficient scapular retraction is essential for shoulder stabilization and proper movement of the shoulder which is a ball and socket joint.

Here are 4 exercises to improve these areas…

The cable or band external rotation is an exercise we recommend for strengthening the rotator cuffs since there’s a degree of external rotation involved in the military press set up. So, we want to work on this area to ensure we’re pressing with maximum power and stability without allowing the internal rotators to impose their dominance.

For this exercise, make sure to keep your elbow close to your side and pull the cable or band to the point where your arm naturally stops.

The face pull is an exercise that everyone should be doing just because it really strengthens the posterior chain and the muscles which help to improve posture.

Make every rep count and avoid using any momentum.

If you find this variation to be too difficult then elevate your upper body onto a platform or do the high reverse plank which is easier.

It’s hard to go wrong with recommending the pallof press for every instance which requires core and full-body stability. But it’s a movement which also improves the habit of scapular retraction. And you can always up the difficulty by adding weight in small increments.

The goal of this exercise is to prevent the resistance from pulling you in the same direction that it originates.

Use either a cable or band.

To work on your lateral stability, do the
lateral pallof press (check under variations in the link) which involves pressing the weight overhead and stabilizing the weight. The set is similar to the version mentioned above so you’ll also bring your hands down to chest level performing reps similar to the overhead press.

The benefits of this exercise is that it will help you to balance the barbell by stabilizing your entire body.

The dumbbell shoulder press is a great variation for improving your barbell overhead press which is what the military is press is. The reason being is that dumbbells are first of all superior for identifying and improving a weaker side since it’s a unilateral movement (affecting one side).

Not to mention, you can train the lateral head more with this variation which will carry over into your pressing power.

And it’s best to do both a seated and standing variation due to the benefits which each offers for both strength potential and neuromuscular effort respectively.

Use a Lifting Belt

Your transverse abdominis and internal obliques can only provide you with a stable base to press from to a certain extent by increasing your intra-abdominal press.

But that’s why a weightlifting belt is such a valuable training due to the fact that it increases your intra-abdominal pressure beyond what the core is naturally capable of. (3)

So, when you take a deep breath in and contract your core muscles during the military press, you have a much stronger base when training relatively heavy.

However, you don’t want to use a belt unless you are training pretty heavy as you don’t want to rely on an artificial source of stability all the time. But this is different for each individual and knowing your capabilities is important for knowing when a belt would be best utilized.

Here are some top-notch lifting belts we recommend checking out!

The military press is one exercise which we recommend doing as part of your shoulder training regime.

It’s a huge mass and strength builder which can help your overall upper body training progress, and you can really load up the weight to take advantage of overload which is a must if you plan on getting results.

So, we encourage you to do more of this exercise if you’re not already implementing it. But just make sure you’re using proper form and not compromising your safety. 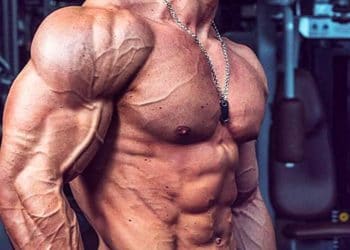 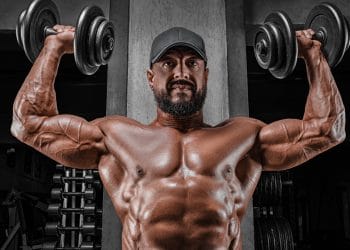 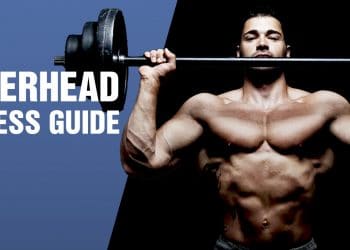 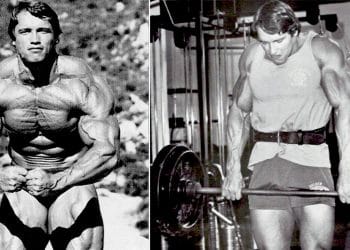 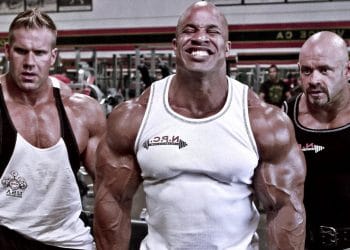 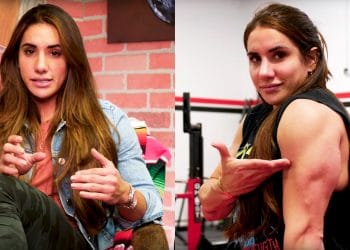