Nick Walker has been making incremental gains in preparation for 2022 Mr. Olympia in Dec. 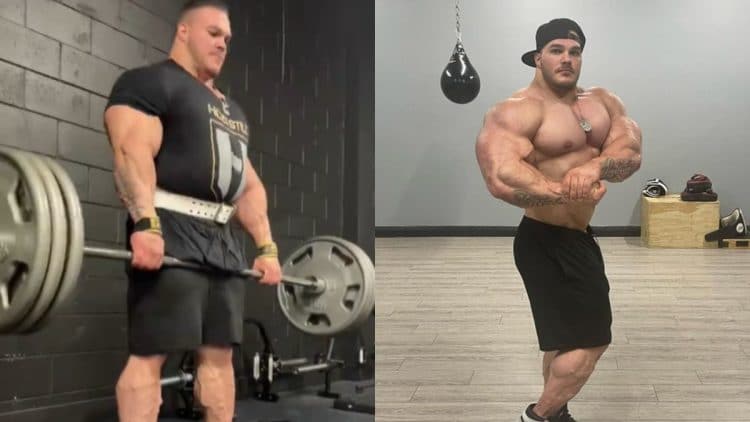 After a massive season in bodybuilding last year, Nick Walker is taking his time during the offseason and plans to enter 2022 Mr. Olympia with improved conditioning. Recently, Walker shared an Instagram video showing him plow through a series of stiff leg deadlifts amounting to 315lbs, nine months out from Olympia.

Walker had a legendary 2021 rookie season. Nick kicked off last year by dominating the stage at the New York Pro. Following the victory, “The Mutant” predicted that he would win the 2021 Arnold Classic and followed through on the promise. Known for insane conditioning and massive size, Nick remains one of the most exciting bodybuilders just getting started in the sport. Following his back-to-back victories, Walker took his talents to 2021 Mr. Olympia and managed to place in fifth.

The popular bodybuilder decided not to defend his title in Ohio at the Arnold two weeks ago. He mentioned that he would be taking extra time to prepare his physique for 2022 Mr. Olympia. It was revealed last month that Walker is no longer working with the coach who helped him win two major titles in 2021, Mat Jansen. The two separated amicably, and Jansen wishes only the best for Nick. Known for staying busy and laser-focused, Nick continues to share his workouts and even issued a physique update recently.

Tipping the scales at 294lbs-296lbs, Nick Walker shared a video on Instagram showing him demolish a round of 315lb stiff leg deadlifts.

“Stiff leg deadlifts 2 hard sets of 8-10 reps with 315.
Sure I could push more weight which im sure I will in time. But I want to make sure my hamstrings are getting all the work here without bringing my back into it.
Slow negatives on these and exploding up just destroy my hamstrings” Nick Walker shared.

Nick has begun training with Dom Supersliced AKA Dominick Mutascio to help modify his physique for Olympia. Walker recently posted a physique update and looks to have added muscle mass in preparation for Dec.

Nearly pushing 300lbs, Nick’s goal is to become harder and present an even more well-balanced package at his next big show. Walker has been training non-stop this year and has shared a variety of workouts on social media during his prep.

The 2021 Arnold Classic champ has been hard at work training in Florida, where he recently moved from New Jersey. Linking up with fellow bodybuilder Blessing Awodibu at the RedCon1 gym, the pair continue to push each other and have developed a healthy rivalry outside of competition.

Given his determination and desire to improve, Nick Walker is adamant that he will one day walk around as a Mr. Olympia champion. After showing off a deadlift workout while weighing 296lbs, it’s clear Nick intends to come into the biggest show of the year with a package that can stand up to any Men’s Open bodybuilder.