Life and Accomplishments of Steve Kuclo 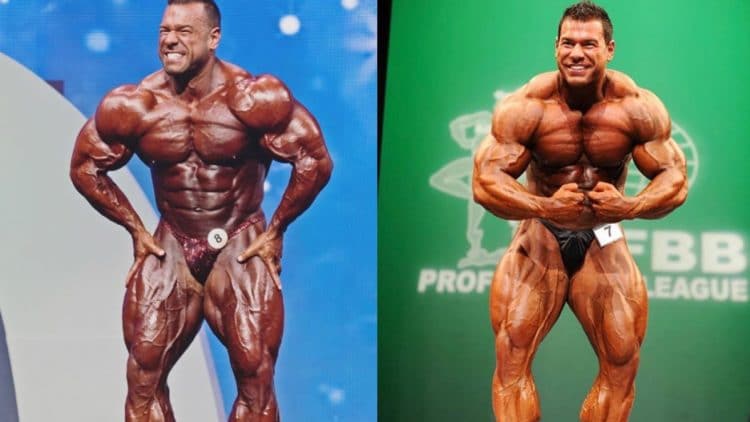 Steve Kuclo is a bodybuilder who competes as an Open competitor. This is his life story, diet, nutrition, training regimen, and more.

Steve Kuclo is an extremely popular IFBB bodybuilder, who was born in August of 1985, in Detroit, Michigan. He grew up as a rather athletic kid, playing various sports. Throughout his youth, he competed in football, baseball, and hockey. In fact, he was quite successful as a hockey player, earning many regional awards.

This athletic background led Kuclo to the weight room. He became obsessed with improving himself, and began to fall in love with lifting. As a result, he started gaining some mass, and decided to try his hand at bodybuilding, as his interests began to shift.

Steve Kuclo took to the bodybuilding stage for the first time at age 18. He competed, at the 2004 NPC Capital City Classic, winning first in the Teen division, and third in the Open. Following that, he got the confidence that pursuing this as a career was the right move. He would compete at two other contests that year, winning both.

Kuclo competed several times over the next few years, with various levels of success. However, he realized in 2007 that he needed to find something else to do as a day job, while chasing this dream. Therefore, Steve chose to become a firefighter/paramedic at 21 years old, a job that he would keep for nearly ten years.

Steve Kuclo would have his final competition as an amateur bodybuilder in 2011, when he took the stage at the NPC USA contest. He had been competing at the NPC Nationals for the past three years prior to this, as a super heavyweight. As a result, he was massive and well prepared for this contest, and was able to win, earning his Pro Card.

The first time Steve Kuclo would compete as a professional bodybuilder would be at the 2013 Dallas Europa Super Show, He would find success here, earning first place in the Men’s Open division. This earned him his first shot at the Mr. Olympia, in just his second pro contest. Although he would earn 14th place, he established himself as someone to keep an eye on.

2014 was a busy year for Kuclo, competing six times. His best performance was a win at the Arnold Classic Brazil. On top of that, he returned to the Olympia, scoring a much improved 9th place. In 2015 Steve Kuclo started taking bodybuilding more seriously, quitting his job as a first responder, and began working with George Farah. Unfortunately, Steve did not get the results he wanted, not winning a single contest that year.

Subsequently, Kuclo only competed once in 2016, at the Mr. Olympia. However he would be disappointed with his 13th place score. As a result, he chose to take time off, working on his physique.

Kuclo would return to action with a vengeance in 2018. At the Arnold Classic, Steve landed in the fifth place position. Then he would turn around, and win the Indy Pro, before competing at the Mr. Olympia. Here, he earned 10th place, reminding everyone how impressive he can be.

In 2019, things would continue to trend upwards for Kuclo. He completed the same competition circuit as 2018, this time with better results. At the 2019 Arnold Classic, he performed about the same, placing sixth. However, after Steve won the Indy Pro, he had his best showing at the Mr. Olympia yet. This time he walked away with a strong fifth place position, narrowly missing out on the podium.

Steve Kuclo takes a very unique approach to his training. He feels that it is important to perform reps until failure, using both supersets and dropsets. On top of that, he likes to focus on a different muscle group for each day of the week he trains.

During the off-season, Steve Kuclo tends to consume a lot of calories. He looks to increase his bodyweight and mass during his downtime, then trim down when competing. When getting ready to hit the stage, he puts a focus on consuming lean proteins, and healthy carbs. This is his in-competition diet:

As far as supplements are concerned, Kuclo typically consumes them in liquid form. He has a tendency to drink BCAA shakes, pre-workout shakes, whey protein shakes, vitamin drinks, and green teas. In fact, he believes using these beverages during his workout allows him to get the best pump out of each session.

Steve Kuclo has been considered one of the most promising bodybuilders in the world today. It seems that he continues to grow and get better every year. It will be exciting to see his progression moving forward.