Russel Orhii has been making moves in his sport, since he just locked a new unofficial world record squat 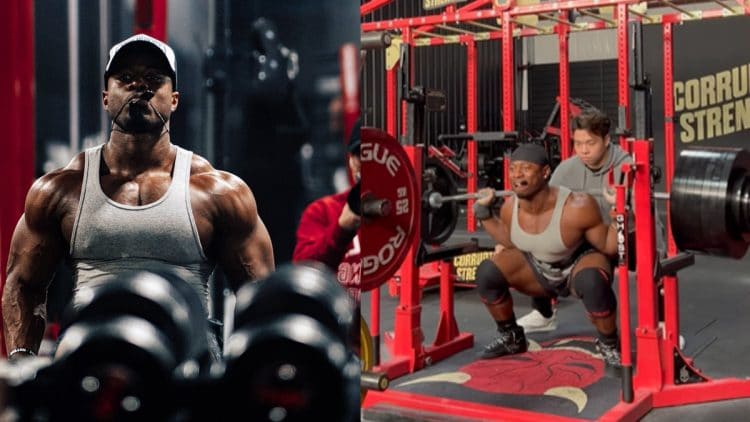 The 2021 IPF World Champion, Russel Orhii, has been destroying the squats in training lately. Russel competes in the 83 kg category and holds the IPF Squat and Total World Record. However, he has not taken part in any competitions for the last few months but has made some serious progress. And on February 15th Russel posted a 342.5 kg (755 lbs) raw squat from training on his Instagram account.

This lift is unofficially the All-Time Second-Heaviest Squat in the 83 kg category. It is also an Unofficial World Record in the IPF, as it is 22 kg (48.5 lbs) heavier than the current record, which he set at the 2021 IPF World Classic Powerlifting Championships.

What makes it more impressive is that Russel is also preparing for a bodybuilding show later this year, and it seems he has found the perfect balance between two sports.

Russel Orhii’s career is filled with success. He has won all sanctioned competitions in which he took part, besides the 2018 IPF World Classic Powerlifting Championships, where he came second. He is a 2x IPF World Champion, and a 5x USAPL Raw National Champion.

Russel competes in two federations throughout his life, IPF and USAPL, and is very successful in both. However, for IPF to count the lift, it has to be in a competition which is sanctioned by them. For that reason, Russel’s IPF World Record is not the same as his PR.

Russel Orhii will have a busy year ahead of him. It is not known when his bodybuilding show will be, but he is working hard on his posing, and trying to train while not losing focus on powerlifting.

As powerlifting goes, it seems like Russel plans to compete in June. In addition, his ambitions are high for the competition. This is all based on a caption of a recent Instagram post, which showcased a 320 kg (705 lbs) squat.

“I want a legendary total in Vegas under the bright lights, so I have to grind NOW. June 10th.”

Russel Orhii has made some incredible progress in the last few months, and it is hard to see anyone in the 83 kg category even coming close to him. If he continues like this, it is very possible that we will see some historic lifts from him soon, especially in the squat event.