Bodybuilder Zack Khan dives into how fans affect bodybuilders inside and outside of competition. 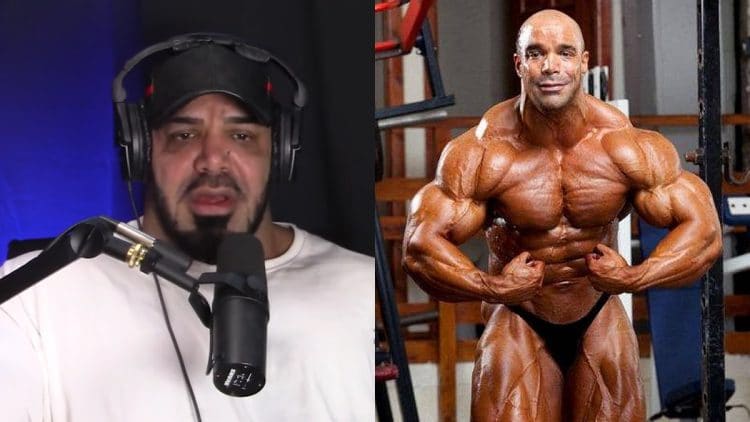 Zack Khan believes fans are one reason why bodybuilders are struggling with their health and choosing not to downsize. In a recent video shared on YouTube, Khan closes in on the sport’s fanbase and the pressure they put on bodybuilders to stay big year-round.

Bodybuilding is a cutthroat sport. Filled with ups and downs, athletes on a global scale participate at shows in order to establish their name among a massive field of competitors. In a sport that lauds muscularity and massive physiques, sometimes health is put on the backburner.

Pleasing fans and judges at bodybuilding shows is how athletes make a living but that has inherent drawbacks. Khan believes that in order to appease the growing fanbase, bodybuilders are pushed to cycle year-round and stay big indefinitely.

Khan’s worries and frustrations are warranted. 2021 saw the passing of many legendary bodybuilders. Last year, shockwaves reverberated in the bodybuilding community after hearing of 2018 Mr. Olympia Shawn Rhoden’s untimely death. Given that he was only 46 years old, many fans were quick to point out the growing dangers in a sport like bodybuilding.

Zack Khan on the Psyche of Bodybuilders

Khan is adamant that fans are directly correlated to bodybuilders feeling the need to remain big for much of the year. Speaking on the Muscular Development Magazine YouTube channel, Khan touches on many of these growing concerns.

“That’s the thing, a lot of people find it hard having a different identity compared to that bodybuilder. The only reason there is struggle is because of the fans. It’s because you fuckin fans are so fuckin cunty, ‘you’re looking small’, yeah, no shit. We have to come off our cycle, we have to look smaller.
Stating the fucking obvious. It’s because of you that many bodybuilders are staying in shape and having to stay active year-round and never coming off a cycle. It’s the fuckin fans. Of course, there’s health problems for most of these bodybuilders because they’re too scared to disappoint the fans.” Zack Khan said.

Preparation for high-profile bodybuilding shows takes meticulous planning. Attention to detail is paramount and modulating diets and supplementation are cornerstones to success. Some bodybuilders stay so active that these processes never cease, and that is one of the issues Khan is underlining.

“You’re hiding away, and you see a picture on Instagram and say, “OH MY GOD, you’ve lost so much size.” Yeah, you fans can be horrible little bastards. Khan reiterates. The problem is that most of these bodybuilders have mental problems anyway, security issues, and this doesn’t help, it’s true, it’s true.”

The COVID-19 pandemic has also played a catalyst for many other bodybuilding deaths. After being hospitalized for almost two weeks battling a COVID-19 diagnosis, Iranian bodybuilder Hossein Sheybani tragically passed away. In addition, South African bodybuilder, Chris Pillay battled the same virus and died after fighting a fever and chest infection.

Zack Khan last competed in 2021 at the Europa Pro Championships where he placed in sixteenth. While he currently isn’t as active, it’s nice to see a bodybuilder bringing attention to problematic issues surfacing in the sport. After hearing what Khan had to say about the pressures of bodybuilding, clearly, fans have a larger impact on the sport than they might be aware of.