Bannout believes injecting the calf muscle with steroids or site enhancement oils will cause life-long damage. 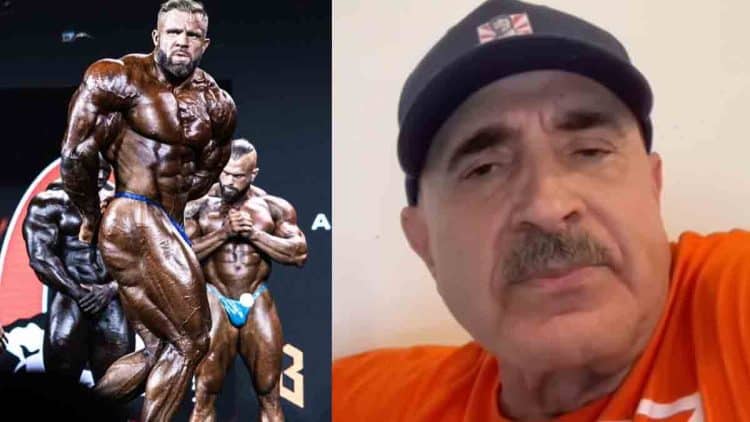 Samir Bannout is on a mission to make bodybuilding a safer sport. During the latest Muscle Maturity Podcast, Bannout took issue with Iain Valliere after he refused to admit to alleged calf muscle injections.

Last month, the 2022 Mr. Olympia contest saw the Men’s Open crown switch hands with Hadi Choopan winning his first Sandow. There were a number of surprises at the event, including former champ Mamdouh ‘Big Ramy’ Elssbiay slipping to fifth place.

Since losing his title, veterans and even IFBB head judge Steve Weinberger reflected on Big Ramy’s performance. According to Weinberger, Ramy’s conditioning was off and a few body parts, like his lats, lower back, and triceps were missing.

Samir Bannout also suggested Iain Valliere was off at 2022 Olympia following the bodybuilder’s 11th-place finish. Last week, Bannout called out Valliere for allegedly injecting substances into his calf muscles after they were noticeably downsized in Las Vegas. With more than 40 years of experience in bodybuilding, Bannout is warning against the practice once again.

Samir Bannout to Iain Valliere: ‘No One Escaped With Good Calves After Injecting Them’

Bannout believes Iain Valliere should admit he shot drugs into his calf muscles.

“The most sensitive spot [to inject] is in the calves. I think [many competitors] are [injecting] into the lats. You just cannot inject this shit in your calves 100 percent. We’re not going to mention their names now, but some people totally damaged the area. Totally.”

Bannout encouraged Valliere and others to heed his warning.

“I’m just hoping these kids will really listen. Did Iain [Valliere] say anything about his calves? [No. responded Nick Trigili] Listen, bullshit! I know everyone that did that, and they all suffered the same consequences – all of them. No one escaped with good calves after one injection into the calves.”

Samir used Dennis Wolf as an example and mentioned he is still being treated today after injecting steroids into his calf muscles.

“He’s [Dennis Wolf] been going to treatment [for his calves] for the past months. He’s trying everything in the book. His liver enzymes — no matter what he did, they’re not going [back]. Now, he’s starting to do better. But something evidentially, I don’t know the extent of the damage, but it messed him up pretty good,” said Samir Bannout.

This isn’t the first time the former Mr. Olympia went after excessive drug use in bodybuilding. He previously warned competitors about the dangers of using Insulin and Growth Hormones together. While they are common drugs used during preps, Bannout said continued exposure for more than a year will cause ‘major health problems.’

IFBB Hall of Famer Chris Cormier talked about the dangerous practice too. In fact, Cormier admitted he shot his calves with site enhancement oils like Synthol. After continued use, Cormier said it can affect blood circulation and someone’s ability to walk. Cormier specified that competitors today are injecting drugs into their back as well, specifically the Trapezius muscle.

Rich Gaspari discussed the topic in detail recently. He believes backs today lack the same detail that athletes displayed during his time competing, which mostly took place in the 1980s and 1990s. Many thought Choopan brought the most conditioned package at 2022 Olympia, but Rich believes he still lacked graininess from behind.

RELATED: Samir Bannout Disagrees with Mike O’Hearn About Testosterone Decline: ‘At Some Point, We All Do That’

Having made his name in the Golden Era, Samir hopes athletes like Valliere make changes to prioritize their longevity and health. Considering the damage Dennis Wolf sustained from calf muscle injections, Bannout continues to caution against it.