The 1983 Mr. Olympia tackled Mike O'Hearn's claim that testosterone doesn't dip as men get older, and discussed the differences between oral and intramuscular use. 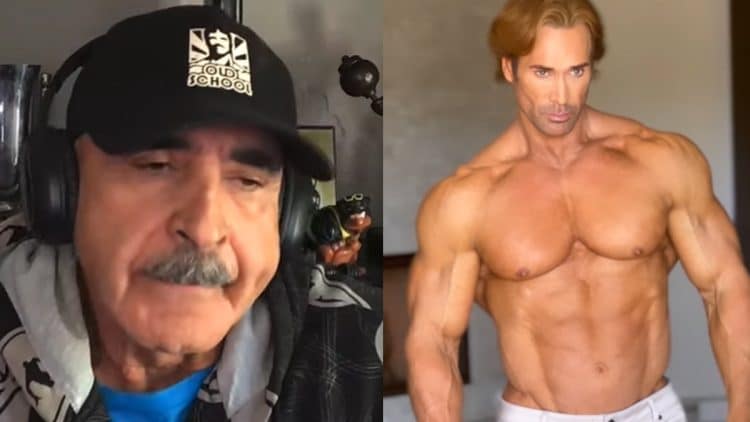 Samir Bannout, a former Mr. Olympia champion, reached the top of the sport during the Golden Era of bodybuilding. In a recent video, Bannout picked apart Mike O’Hearn’s claim that testosterone doesn’t decline in men as they get older.

During his bodybuilding career, Bannout competed against some of the sport’s most prolific athletes. He shared the stage with eight-time Mr. Olympia Lee Haney, seven-time Mr. O Arnold Schwarzenegger, bodybuilding icon Frank Zane, and many others. While he’s long stepped away from competing, Bannout’s passion for the sport is evident anytime he takes to a mic.

The last time we heard from Bannout, he was warning competitors about the dangers of Insulin. He didn’t mince words when discussing the controversial bodybuilding drug. Bannout called Insulin garbage and forewarned competitors that if they continue using it, they will likely die before the age of 60.

In his latest discussion, Bannout is tackling Mike O’Hearn’s claim that testosterone doesn’t decline in men as they age. This topic came about when O’Hearn was questioned about his natural status — a position he’s held his entire life. According to O’Hearn, men’s hormone levels don’t drop as they get older. To shed some light on this subject, Bannout discussed the matter on a recent Old School Labs podcast.

During the video, Bannout disagreed with O’Hearn’s claims about testosterone.

He specified that his testosterone range hovers around 7 or 800 before advising those over 50 to consider starting a treatment program of their own.

It’s necessary to have it within the scale and more above than in the middle of the scale. That’s fine. But never low or on the low side,” Bannout shared.

Natural Mr. Olympia John Hansen reiterated Samir’s point and mentioned that he feels better when his testosterone levels are at 800 or 900.

“I’ve been on TRT (testosterone replacement therapy) for five years and I started when I was 54. And I think my numbers were around 300 when I started. Now, I’m around 8 or 900 and I feel way better. I mean, it’s not necessary, but I feel better at 800 or 900,” John Hansen explained.

Bannout isn’t the only person who took aim at O’Hearn’s controversial statements about testosterone. Hormone therapy doctor and guru, Dr. Rand says testosterone does in fact decline as men get older. However, he said Mike O’Hearn is an exception to this rule, given the longevity he’s shown for much of his life.

Bannout on Testosterone: ‘Whether You Like It or Not, At Some Point We All Need to Do That’

Samir Bannout discussed different ways in which someone could take testosterone. He believes whether men like it or not, they ‘all need’ testosterone at one point or another.

The former Mr. Olympia gave his thoughts on different routes of administration for testosterone replacement therapy.

“It would be more appealing [a testosterone capsule] but I don’t think it would be more effective. Maybe something sublingual [under the tongue] may work but if you take a tablet down, it’s going to be destroyed by the acid in your stomach.”

So, if it’s 100 milligrams, let’s say you take it orally, it’s going to end up being like 35 milligrams. Absorption is not the same,” Bannout shared. “Come on man, injectable is fine if you know how to do it. You don’t need to complicate things.”

Before ending the discussion, Bannout encouraged bodybuilders to use Insulin needles to shoot testosterone instead of a bigger syringe.

“For example, testosterone like cypionate or annotate could be used subcutaneously (applied under the skin). A syringe will do it, you don’t need to poke yourself with big needles. You can use this only like a half an inch Insulin – and boom. Nothing, no pain nothing. Just so I can remind some people, you don’t need to use these big [needles].”

This isn’t the first time that Bannout is warning competitors about drug regimens. In late July, the bodybuilding veteran told older competitors like Kamal Elgargni to be careful with steroids. He added that maintaining the mass of an Open competitor at over 50 years old could put Kamal’s health in jeopardy.

RELATED: Samir Bannout Gives Take on Open Class for 2022 Olympia: ‘Nobody is Going to Look Big Enough Standing Next to Ramy’

Despite retiring from the sport, Bannout is trying to keep athletes informed as they embark on their respective bodybuilding journeys. Bannout advocates for using testosterone replacement therapy even though some bodybuilders like Mike O’Hearn don’t feel the need to.