Dauda's back looks huge and conditioned, could he give some top five Mr. Olympia contenders a run for their money? 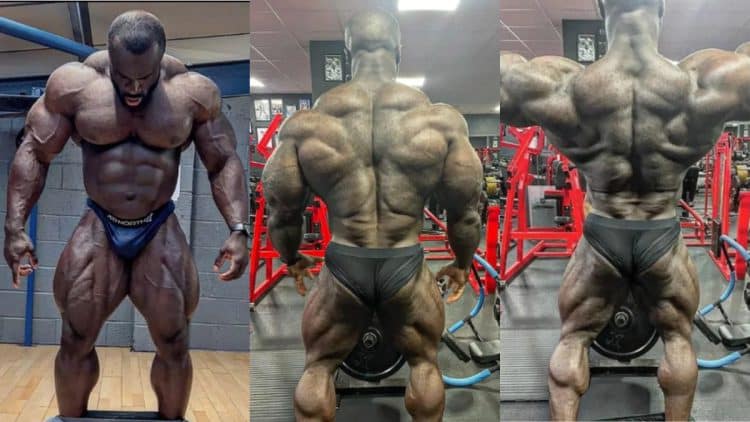 “The Nigerian Lion” Samson Dauda is gunning for the Men’s Open title at his first-ever Mr. Olympia appearance later this year. Amid preparations for the event, Dauda shared a promising back physique update five weeks before taking to the stage.

Dauda proved himself in the IFBB at a handful of Pro shows last year. Many fans and bodybuilders took notice of him when he earned runner-up at the 2021 Arnold Classic UK contest behind champion Nathan De Asha. Shortly after, Dauda competed for the crown at the Yamamoto Cup Pro but finished third.

Last November, Dauda became one of the first athletes to earn a qualification for this year’s Olympia following his 2021 EVLS Prague Pro victory. Despite the success, Dauda committed to a number of shows the following year instead of taking time away from the stage to rebuild his physique.

A few months ago, Dauda brought his talents to the 2022 Arnold Classic and the Boston Pro. While he impressed the judges with his size and posing sequences, he still finished fourth at both contests. During his off-season and prep, Dauda continues to raise eyebrows with his size. He was tipping the scales at a colossal 330 pounds at one point.

The countdown for 2022 Olympia is underway and athletes like Samson Dauda are utilizing every minute of their prep to capitalize on the world’s biggest stage. With less than five weeks until the event, Dauda shared his latest back improvements before taking on over 30 Men’s Open competitors in December.

In a pair of posts made to Instagram, Dauda showed off his back ahead of 2022 Olympia.

In addition to the back double biceps photo, Dauda shared another image highlighting his back.

Many in the sport expect Samson Dauda to be one of the biggest athletes on the Men’s Open stage at 2022 Olympia. In response to his update, fans quickly pointed out the size of Dauda’s triceps. 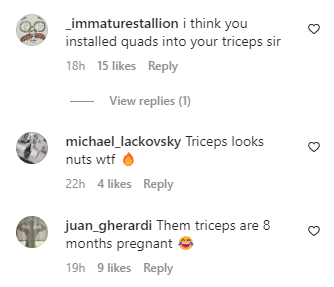 Considering the improvements Dauda has made this season, he hopes to push himself into the top five at this year’s Olympia contest. Two-time Mr. Olympia Mamdouh ‘Big Ramy’ Elssbiay aims to extend his reign. Meanwhile, top contenders Brandon Curry and Hadi Choopan are bringing their best as well.

Outside of the top three, Dauda will be tasked with facing fourth-place finisher Hunter Labrada, who has made substantial progress in the off-season, and Nick Walker. After rejoining his coach Matt Jansen, Walker appears reinvigorated to win his first Olympia title.

William Bonac, who finished sixth at last year’s Olympia contest is another dangerous bodybuilder expected to compete. Bonac was runner-up to Brandon Curry at the 2022 Arnold Classic and would love an opportunity to avenge his recent loss.

From newcomers Andrew Jacked and Michal Krizo to last year’s contenders, many expect this year’s Olympia to be one of the most competitive. Throughout the season, Dauda has shared countless physique updates and has sent warning shot after warning shot to his competition.

In the coming weeks, Dauda will continue finalizing his preparations. Given his size and muscle density, should Dauda come into the show peeled, he could surprise a lot of bodybuilders on the Olympia stage.