Sergio Oliva Jr. has had enough of Robby Robinson, Samir Bannout, and others criticizing modern bodybuilding 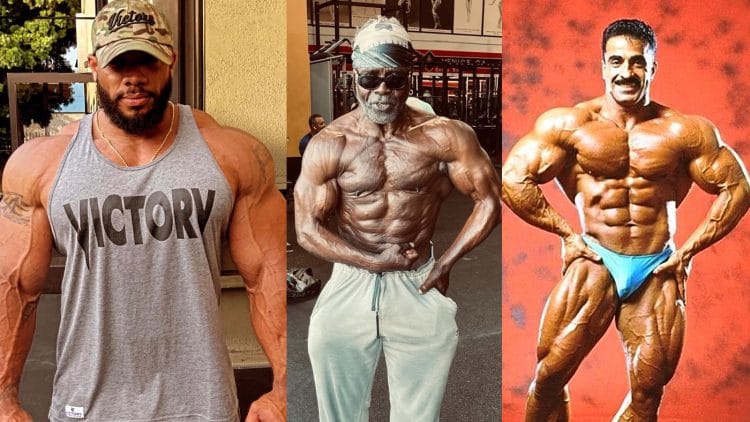 There has been a lot of talk lately by older bodybuilders, about how the sport is not as good as it once was. Sergio Oliva Jr. has had enough of these criticisms and has decided to fire back.

As the son of bodybuilding royalty, Oliva knows a thing or two about what judges used to look for out of athletes, as well as what they look for nowadays. So it would make sense that he took particular offense at the comments made by Robby Robinson, Samir Bannout, Lee Haney, and others who feel like today’s generation cares only about size and mass, without putting time into shaping their physiques or conditioning.

However he has had enough of these criticisms and decided to fire back. After coming in third place at the 2021 Legion Sports Fest, he took to his Instagram to return fire at those who do not appreciate the hard work he and the other athletes put in, and who criticize the state of bodybuilding without actually watching many of the sport’s events.

“The ig pages that constantly bash open bodybuilding won’t post these kinds of pics. They’ll run to post shiesty ass click bate posts to start drama and get traction to their pages only talking about who lost to who rather than how aesthetically pleasing that lineup was on Sunday. How much promise and potential was in the top 6 with so many up and coming future stars,” Oliva wrote.

“With all the talk about open bodybuilding shape being dead and this and that I didn’t see anyone you wouldn’t want to look like and Older bodybuilders who talk shit about our generation don’t watch every show (I get it) but then talk about what isn’t around anymore or what’s dead. I will say this the coverage for content from @legionsportsfest was a lil weak. Unless they are about to come out with a ton of footage there really isn’t a lot of the actual stage stuff.

But anyone who was there or watched the live stream know it was so crazy at the end. So loud such a fight but at the same time spewing with comradely. We even had guys yelling from the back rooting us on,” Oliva continued.

“But someone better tell @garystrydomofficial and @robbyrobinsonofficial and @officialsamirbannout and allllll of the other veteran bodybuilders that don’t contribute to any open athlete currently with training and mentoring ultimately which would make a difference yet rather sit on the side lines and complain that, bodybuilding isn’t just the top 3 at the Olympia. You don’t agree with that decision, fine. But quit with this exaggeration that the whole bodybuilding class doesn’t exhibit any old skl qualities that it started with. The problem is, all that stuff doesn’t get views and likes at the end of the day by the majority and it goes unseen. Like moments like this.”

This is certainly an intense response from Sergio Oliva Jr. and it is clear that he feels very strongly about this matter. The fact is that the sport is very different now, than when these other bodybuilders were competing, and that is something that needs to just be accepted.

How To Watch 2021 Rogue Invitational Livestream