The NBA legend continues to turn heads in retirement with a jacked physique after dropping nearly 40 pounds. 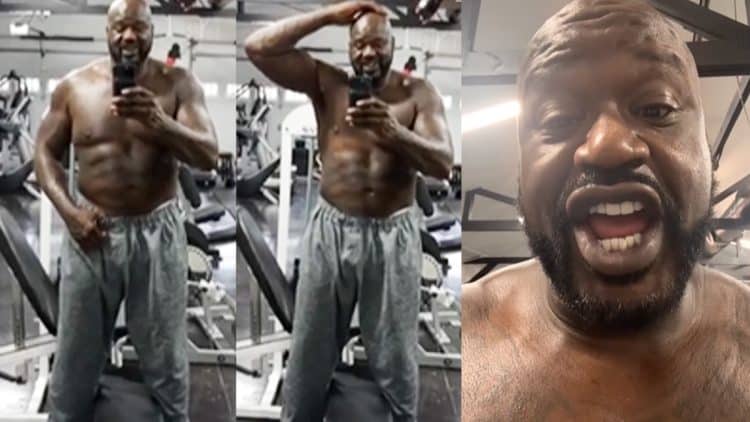 NBA legend Shaquille O’Neal is committed to fitness despite stepping away from the basketball court. In a recent post made to Instagram, Shaq showed off his ripped abs at 50 years old amid a body transformation.

As one of the best players to step on the court, Shaq’s contributions to basketball will always be remembered. He led a 19-year career and was crowned NBA champion four times throughout his tenure. Competing on six different teams including the Los Angeles Lakers (1996-2004), Shaq was regarded as one of the best centers of all time.

A few years ago, when the world was struck by the Coronavirus pandemic, O’Neal bulked up to a hefty 401 pounds. In order to shed the weight, the NBA all-star pushed himself to implement a four-day weekly training split. The sports celebrity also revealed cutting out junk food was a contributing factor to his weight loss success.

Shaq’s split featured 20-minute cardio sessions as well as 40 minutes of strength training to maximize fat-burning and muscle-building. These measures helped Shaq drop to an impressive 365 pounds. Previously, he opened up about his weight loss journey. In hopes of motivating others while pursuing a better physique, Shaq is back on Instagram showing off his washboard abs at 50.

The Hall of Famer shared a video using NBA player Glen Davis’s voice and gave fans a sneak peek of his impressive midsection.

“You know what. Listen. Aye, listen. I know I’m ugly sometimes. But today? Looking like a snack. Snack yeah. She say i’m looking like a snack,” said Shaquille O’Neal, while flipping the camera to show off his impressive build.

Actor Michael B. Jordan reacted in the comment section and gave Shaq his support.

Shareef, O’Neal’s son, compared his dad’s ripped build to one of Marvel’s supervillains.

O’Neal is a diehard bodybuilding fan. He attended the 2020 Olympia and helped promote the contest. On top of that, the NBA icon witnessed the 2021 Arnold Classic live last year. Shaq watched elite IFBB competitors go head-to-head and met with the seven-time Mr. Olympia winner Arnold Schwarzenegger. The two industry titans took a picture together that accentuated their dramatic height difference.

O’Neal isn’t the only retired athlete looking to transform his physique. Bodybuilding legend Jay Cutler recently committed to getting back in shape. While he made it clear he won’t compete on a competition stage, ‘The Comeback Kid’ said he plans to transform his build in the coming months as part of a ‘fit for 50’ challenge.

Earlier this year, bodybuilding veteran Lee Priest publicly announced his physique transformation plan. Even though Lee hasn’t committed to a comeback, the Australian native looks to be in tremendous shape at 50. He’s openly spoken about the minimal cycle and diet he’s using to facilitate the new look.

Last month, Shaq teased a bodybuilding venture when he recorded himself performing a number of poses.  While some found it comical, other fans speculated that perhaps a bodybuilding project could be on the horizon for the famous basketball player.

RELATED: Mark Wahlberg Gets His Abs Back After Insane Reverse Body Transformation

As part of his weight loss journey, Shaquille O’Neal plans to keep fans up to date on his progress. Despite stepping away from the basketball court, O’Neal is dedicated to maintaining an impressive physique at 50 years old.

Bodybuilder Shaun Clarida Confirms Plan to Compete in 212 at 2022 Mr. Olympia: ‘I’m Coming Back for My Title’