Shawn Rhoden Appears To Be Still Preparing For Olympia 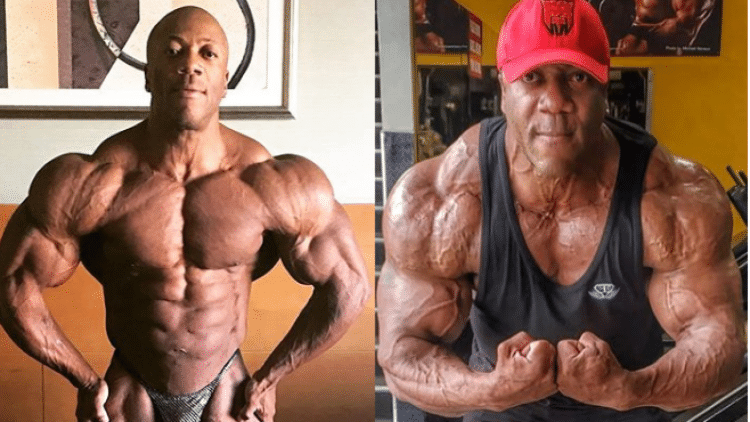 Shawn Rhoden is officially ineligible to compete at 2019, Mr. Olympia. Despite that, he seems to still be preparing for the competition, as he continues making appeals.

Rhoden had his eligibility to compete in Mr. Olympia competitions revoked by the AMI, following accusations made against him of sexual assault. According to the report, last year’s Mr. Olympia champion allegedly raped a female bodybuilder in a hotel room. Following these allegations, Rhoden has advocated for his innocence, going as far as to pass lie detector tests to his benefit.

However, this has not stopped the revocation of his eligibility to compete. Nevertheless, Rhoden and his team have filed appeals to get this decision overturned.

Although nothing is official yet, Rhoden is still training and preparing like he will be taking part in the competition. He posted some pictures to his Instagram, looking incredibly jacked, four weeks out from the event.

“Throw us in the lions den and we will come back riding one.
Just another day in the office killing it with my little brother @stanimal9. Getting the beat down from @clay_slay_all_day.
He means business folks and we pushing till the end. #tilthewheelsfalloff
Everyday brings forth another challenge and we are ready for it. “

However, it does not stop there for Rhoden. In addition to the pictures he posted with his arms looking insane with Stanimal, he posted these back photos, as well.

“Happy Monday, be thankful for today as you were for yesterday. Today was never promised and yet it was given. Make the best of it, be thankful, be respectful, be humble and help your fellow humans so they can have a even better day.”

He is looking huge, coming up on the competition.

Rhoden also tagged the Mr. Olympia page in his posts, implying that his thoughts are still very much with the competition. Perhaps he knows something that the rest of us do not, as far as his efforts to still compete. After all, this is not the first time we have seen him hitting the gym hard after this news broke.

If Shawn Rhoden does end up making it to the Olympia, he will be facing the likes of William Bonac, Roelly Winklaar, and Brandon Curry. Time will tell if he will make it to the big show or not.