Watch Stefi Cohen and two other powerlifters crossover into CrossFit for a day! 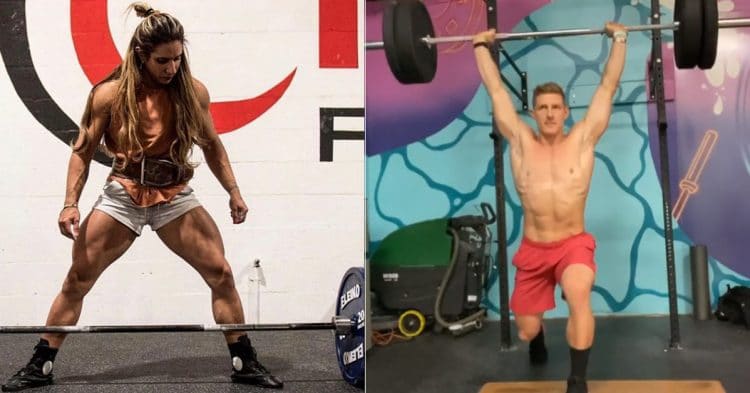 Stefi Cohen is no stranger to taking on challenges outside of her own discipline which is obviously powerlifting. And she does hold her own pretty well although it helps that she’s one of the strongest humans in the world pound-for-pound.

Cohen recently did a tough shoulder session with Strongman Eddie Hall before the 2020 Arnold Classic over the weekend. But she also did some super heavy squats with CrossFit elite Brent Fikowski (2017 CrossFit Games runner-up) where she got to show off a little. Well, the tables have turned this time and she accepted a CrossFit challenge in her most recent video.

Fikowski was in town for CrossFit Wodapalooza Miami so he devised a workout for Cohen and a few others who were super excited (sarcasm) to go through a grueling CrossFit session. But he took it easy on them by not making them do too much hard stuff!

So… he had them do Plyo push-ups, deck squats w/ a kettlebell, squats using dumbbells, and the last exercise was a burpee combined with a dumbbell snatch. Well, it could be worse.

They didn’t seem entirely thrilled but they took on the challenge nonetheless. So first,  Cohen faced off against fellow powerlifter Marcus Leoni (also out of Miami) and ended up completing the workout ahead of him. Leoni eventually finished but he lied on the floor trying to catch his breath and prevent himself from puking.

Next up was coach Ian Kaplan who’s also a CrossFitter vs. powerlifter Hayden Bowe and we all know how that ended, which is to be expected.

All-in-all though, they all made it through but Stefi Cohen sure kicked some butt!

Watch the entire session below…

Stefi Cohen faced off against Marcelo Nieto in her second Pro boxing match on the Fight Night 3 Hafthor Bjornsson/Devon...