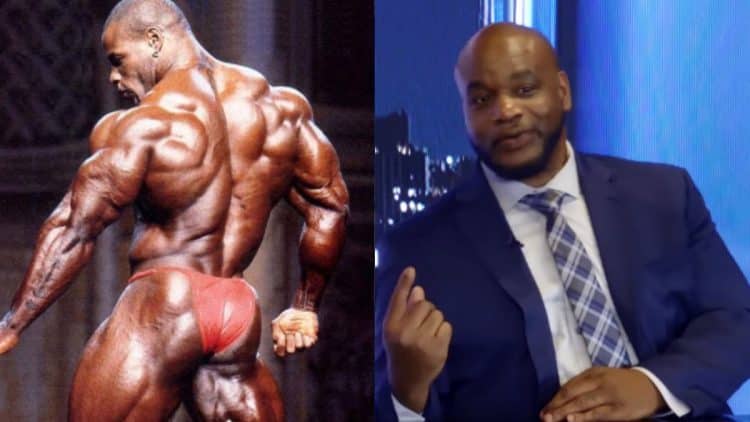 Bodybuilding veteran Chris Cormier led a successful career spanning over two decades starting in the 1980s. In a recent video, Cormier reflected on shooting Synthol in his calves and gave his thoughts on competitors using the compound today.

Site enhancement oils have been used to modify an athlete’s physique for many years. While some have used the compound and gone unnoticed, others have placed poorly or lost contests as a result of egregious use. Judges are trained to specifically look for imbalances on a bodybuilder’s physique.

One of the latest cases involving site enhancement oils occurred in June at the 2022 Musclecontest Brazil Pro. By the end of the contest, 212 competitor Thiago Santisteban placed 8th. Many believe he finished last after judges marked him down for imbalances, which were suspected to be caused by Synthol use.

Popular bodybuilder and coach Milos Sarcev is familiar with Synthol. He used it in his biceps and to this day, remembers it as being the biggest regret of his career. And it would appear he’s not the only elite-level bodybuilder who has dabbled with such compounds. In his latest admission, bodybuilding Hall of Famer Chris Cormier gave his thoughts on the use of Synthol and warned upcoming talent against using it.

In the latest episode of Prime Time Muscle, Cormier warns bodybuilders about Synthol, suggesting that it blurs the physique and destroys muscle tissue.

“In my opinion, it’s probably not even necessarily Synthol but definitely [they] are doing a lot of site injecting that is unnecessary. Some of the stuff is just unnecessary — it looks very odd and not even humanly possible to have a muscle develop like that. Like some muscles are normally flat, if they look at the anatomy but actually now it’s like 3D or it’s something like that. Some of it is just unnecessary,” said Chris Cormier.

Cormier doesn’t believe site enhancement oils can be totally removed from the sport but said athletes should have more pride in building muscle at the gym instead of artificially creating the appearance.

“I think it really blurs the physique and I think you can look a lot better… you know — I’m not going to say that it’s something that can be totally wiped out but just calm down and have a little pride about you that you’re going to gain a little muscle in the gym, not in the bathroom.”

He warned that injecting Synthol in the calves will cause the muscle to “disintegrate” over time and athletes won’t know the real extent of the damage until years after.

“Yes. You’re destroying the muscle. One of the muscles that a lot of people like to do is the calves. The calves is one of the worst places you can do it because it’s slowly going to damage that muscle. That muscle is going to disintegrate, and be actually nothing in another year or two, or you know something like that. So, if your calves are very high — you just have high calves. Just leave it. Just train it.”

Cormier on ‘Real Damage’ from Using Synthol in Calves: ‘You’re Not Going to Have Circulation’

Cormier understands the harm Synthol can cause after using it in his calves throughout his bodybuilding career.

According to the bodybuilding veteran, athletes are damaging their back from injecting site enhancement oils routinely into their Trapezius muscle.

“You see a lot of competitors today, with a lot of damage in their back because they’re actually pinning [injecting] down the middle of the Trapezius [muscle]. You see the swelling; you see the Trapezius swollen, then you see the neck is very small and flat,” says Cormier.

Recently, Cormier spoke with Big Ramy and his coach Dennis James about their 2022 Mr. Olympia preparations. Dennis James specified that the champion is struggling to “activate” his Trapezius muscle in his back. He expressed that it was one of their chief concerns for this year’s season.

While there is no concrete evidence Big Ramy has used Synthol, fans were quick to point fingers at the reigning champion following a dubious physique update. Specifically, many pointed to Ramy’s pointy delts/shoulders. However, Ramy dispelled those rumors a week later with another update, where his shoulders looked much flatter and less inflamed.

Given Cormier’s experience using site enhancement oils, he is continuing to warn others against the practice. Bottom line, Cormier doesn’t believe substances like Synthol are worth it considering the health risks associated with using it over time.