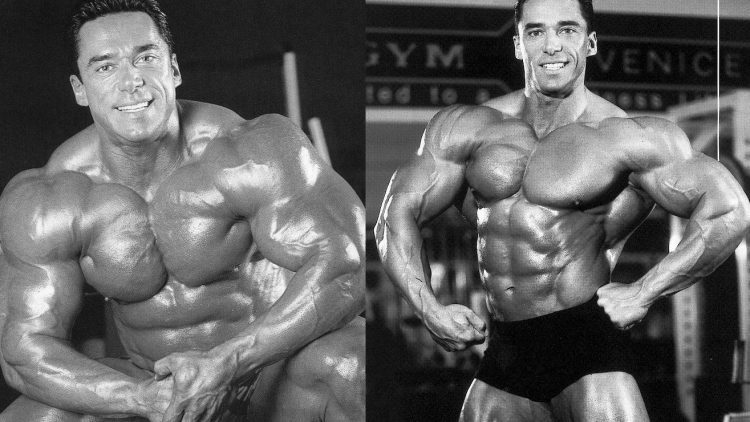 “I grow up in Montreal where from a very young age, I started practicing many sports like Hockey, skiing, judo, and karate. I felt very attracted to individual sports like martial arts and later one bodybuilding, where you learn discipline and get self-confidence.

I first experienced weight lifting at the age of 16 years old, when I bought myself a Joe Weider weight set and training program. My goal was to gain weight since I was too skinny, but after a few weeks, I lost interest in it. It is only 2 years later when a friend at work who was a bodybuilder asked me to go the gym with him. From that day I felt in love with the sport of bodybuilding, and it became a habit for me to go to the gym on a regular basis.

After about 3 years of training, I moved to a bigger gym, and the owner who was a champion bodybuilder asked me if I ever consider competing as he saw that I had a good symmetrical body. A year later I found myself in the bodybuilding competition Mr. Montreal was I took the second place in the class of 80 kg. This was such a reward to me for all the hard work that I promise myself that I will win the next show. I went on and won most of the shows that I enter in the following years.

In the meantime, I finish my Bachelor degree in Business Management and Marketing. I worked for seven years as the security manager for the Grand Hotel in Montreal.

I decided to start my career as a professional bodybuilder after I won Mr. Canada overall title for the second time in 1994. My first pro show was the Niagara Falls Classic 1995, and I was so nervous that I forgot my tanning cream so my color on stage was terrible and I placed 11th out of 26 athletes. Two weeks later in the Montreal IFBB pro show, I took fourth place and got invited by Wayne Demilia to compete in the Night of Champions in New York.

The next year I moved to Los Angeles with my wife to try to get more exposure as a pro bodybuilder. I worked in the Gold’s Gym in Venice Beach as a personal trainer. In 1998 I signed an endorsement contract with Weider and compete in my first Mr. Olympia.

I competed 5 times in the Mr. Olympia, and overall I did about 45 pro competition with many top 5 placing. In 2003 following my victories in the Master Olympia, I launched “Final Touch” my competition tanning cream which I have the use for most of my career.

I started working with the Private Trainer Association two years ago, teaching courses for training and nutrition. As a PTA director, I hold Academy for them to certify private trainers and nutrition consultants. I also took a job offer in Kuwait as recreation manager for The Palms Beach Hotel & Spa. My last achievement is the birth of my son Maxxim which is more precious than anything else.” Claude Groulx.