All 212 Olympia Winners Since 2008 (and History of the Division)

Get acquainted with the 212 division and all its Olympia champs. 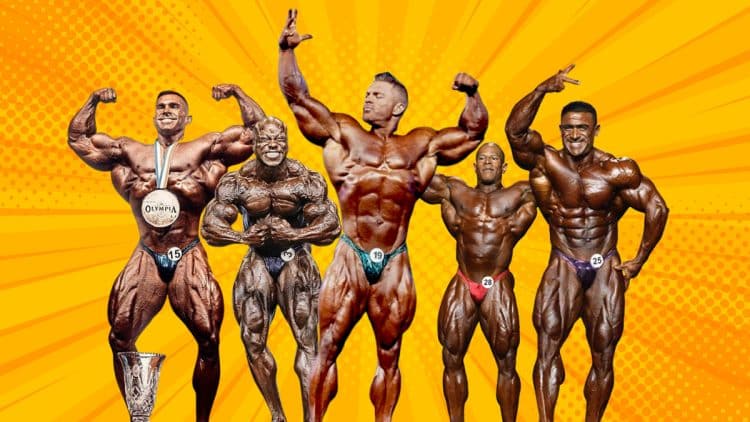 In 2022, Joe Weider’s Fitness and Performance Weekend has 11 bodybuilding contests. Each division has its own set of rules of engagement. The Olympia contests offer so much variety that a bodybuilding aspirant will find a division that suits them no matter their preferences.

Now, as much as we hate to admit it, a bodybuilder’s height plays a crucial role in their structure and hence their muscular proportions and symmetry. While a 5-foot-9-inch bodybuilder might look aesthetically appealing while weighing 300 pounds, it’s nearly impossible for a 5-foot-5-inch bodybuilder to look gracious weighing the same. Just so you know, the two-time Mr. Olympia champ (Men’s Open division) Big Ramy is 5-foot-9, and the seven-time 212 Olympia champ James “Flex” Lewis is 5-foot-5.

Although one might argue that an athlete’s weight isn’t everything when it comes to winning a bodybuilding show, the truth is that size can help tilt the outcome in your favor.

The IFBB (organizers of the Olympia Weekend) realized this when it saw the number of “lightweight” elite bodybuilders gradually disappear from the Olympia roster. In 2008, the IFBB introduced the 202 division as its non-heavyweight division. However, it was changed to the 212 division in 2011.

As the name suggests, the 212 division required bodybuilders to weigh no more than 212 pounds on the day of the weigh-ins.

Although there are no height standards for guys in the 212 division, it is a de facto division for shorter guys. It is much harder to look balanced and display full and balanced muscle bellies for a 5-foot-10-inch bodybuilder while weighing 212 pounds.

The weight limit is the only differentiating factor between the 212 and Men’s Open divisions. Bodybuilders from both divisions are judged on the same criteria.

Not only did the 212 division give the shorter guys a fair chance of becoming an Olympia champ, but the re-introduction of the non-heavyweight class also helped the IFBB pull in more talent, which helped expand its footprint amongst athletes and fans.

The History of the 212 Division

Although the 212 division is relatively new, it isn’t the first time the IFBB has experimented with different weight classes. Olympia introduced weight classes in 1974 and followed them until 1979. The two weight classes were:

The winner of each division then went head-to-head for the coveted Sandow trophy.

The 212 division originally debuted as the 210-pound weight class in 2008 at the Europa Super Show. However, the IFBB, wanting to return to the golden-era aesthetics, dropped the weight limit to 202 pounds after just one contest at the beginning of 2009.

Although the 202 division gained traction and saw fierce competitors like David Henry, Kevin English, and Seth Feroce, the weight restriction was too stringent and many of the 202 biggies put forward their intention of moving up to the Open division.

However, the IFBB took suo moto cognizance of the issue and increased the weight cap to 212 pounds in 2011. Athletes welcomed the move and the division has been steadily growing ever since.

Given below are all the 212 Olympia winners. Notably, the 212 division was the 202 division until the 2011 competitive bodybuilding season.

2008 is one of the most memorable years in the history of Olympia. The 202 Olympia debuted at the 2008 Olympia, and Dexter Jackson beat the dominant Jay Cutler to win the Mr. Olympia (Men’s Open) title.

Henry also competed in the Men’s Open division at the 2008 Olympia, finishing 15th. It showed the difference in the size of a 202 bodybuilder and the big boys and its effect on the results. Henry had placed 10th at the 2007 Mr. Olympia.

Although Henry won the 2008 212 Olympia convincingly, he could not hold it for long. English’s symmetry, balance, and conditioning helped him seize his first Olympia title while the 2008 champ fell to second place.

2010 was a repeat of 2009 with English, Henry, and Eduardo Correa taking the top-three spots, respectively. With his win at the 2010 Olympia, English became the first bodybuilder to win multiple 202 titles.

2011 was the last year for the 202 Olympia. The non-heavyweight athletes were given a headroom of 10 additional pounds, and the division was restructured as the 212 Olympia.

Also, after a humbling fifth-place finish at the 2009 Olympia, Lewis took the 2010 competitive season off to work on his physique. “The Welsh Dragon” returned with a bang at the 2011 Olympia to secure a second-place finish.

English didn’t compete at the 2012 Olympia, leaving the 212 throne vacant. While Henry took 2011 off to work on his physique, the Welsh bodybuilder had been gaining momentum, and the 10-pound headroom worked in his favor.

Although Henry, Correa, and Raymond put up a fight, Lewis won his first 212 Olympia throne at the 2012 Olympia, making him technically the first “212 Olympia” champ.

After seeing his package at the 2012 Olympia, many experts predicted Lewis would win the 212 Olympia crown multiple times. However, what happened next turned the English bodybuilder into a legend.

Lewis did not rest on his laurels and improved his physique every year. The Welsh Dragon’s hunger for more helped him dominate the 212 division for seven years, equalling Arnold Schwarzenegger’s seven Olympia title wins.

Since English was not competing at the 2012 Olympia and the contestants could put on 10 more pounds of muscle, Henry decided to make a comeback. However, the former 212 Olympia champ had to settle for a runner-up finish behind Lewis.

2018 turned out to be an unforgettable year at the Olympia. The late Shawn Rhoden unseated Phil Heath to lift the Sandow trophy. On the other hand, intending to compete in the Men’s Open division, Lewis announced his retirement from the 212 Division after winning his seventh 212 Olympia title in 2018.

However, destiny had some other plans for Lewis. After shelving plans to compete in the Men’s Open division for a couple of years due to injury, Lewis announced his retirement from competitive bodybuilding in May 2022.

Lewis, without divulging too much, sent ripples through the bodybuilding community by recently revealing that he is planning to do something ‘with Olympia as the end goal.’

Interestingly, the other two podium finishers of 2018 would become future 212 Olympia champs. This phenomenon last happened 10 years ago at the 202 division debut at the 2008 Olympia.

Elgargni moved to the IFBB Pro League in 2018. The popular bodybuilder had made a dent in the 212 division by placing third at his maiden Olympia. However, Egargni surpassed all expectations by winning his first Olympia title at the age of 48.

Overall, if you thought the 2018 Olympia was indelible, the 2019 Olympia took it to a whole new level. Each of the four Men’s divisions got a new champion.

Due to an impending trial, Rhoden was banned from competing at the 2019 Mr. Olympia and future competitions, leaving the Mr. Olympia throne vacant. Brandon Curry seized this opportunity and grabbed his first Sandow trophy.

Notably, while Elgargni and Lunsford were the frontrunners for the 212 Olympia, Shaun Clarida surprised everyone by jumping from the seventh spot at the 2018 Olympia to the third-place finish at the 2019 Olympia.

The 5-foot-2-inch bodybuilder from New Jersey stunned the bodybuilding community by snatching his first 212 Olympia throne at the 2020 Olympia.

The 2020 Olympia was organized in Orlando, FL, due to the COVID-19 scare. Joe Weider’s Fitness and Performance Weekend moved out of Las Vegas, NV, after 21 years in 2020.

There were two upsets at the 212 2020 Olympia. First, Clarida ended Elgargni’s short reign. Second, after two consecutive runner-up finishes, Lunsford had fallen to the fourth spot.

After winning the 212 title in 2021, Lunsford moved up to the Men’s Open division, where he placed runner-up behind Hadi Choopan at the 2022 Olympia. However, this left the 212 O throne vacant, and Clarida and Elgargni became the frontrunners to win the 212 2022 O throne.

Clarida surprised everyone with his much bigger frame and improved conditioning. He created history by becoming the first bodybuilder to win back the 212 Olympia title after losing it.

Elgaragni maintained his third-place finish from the 2021 Olympia, while Angel Calderon Frias jumped to the second spot.

The Petersburg native had been considered a future 212 Olympia champ since his fifth-place Olympia debut at the 2017 Olympia. To his credit, he did not take finishing fourth lightly.

Lunsford returned all guns blazing at the 2021 Olympia to win his maiden 212 Olympia title. The other two podium finishers slipped a position each compared to their 2020 Olympia standings.