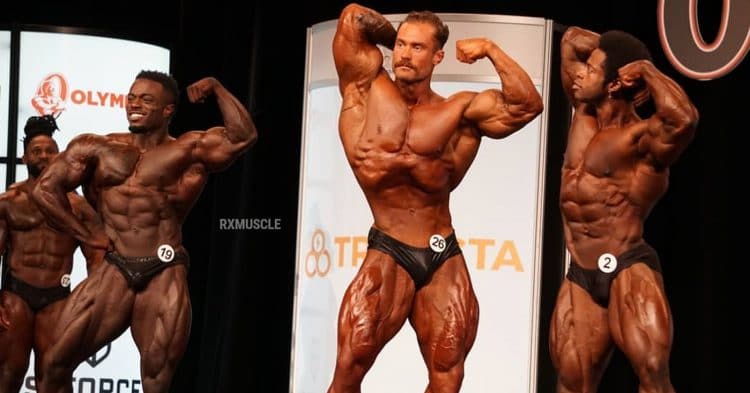 The Classic Physique division of the 2020 Mr. Olympia has been way more exciting to watch than in previous years. Things came to a head on Saturday, when the athletes took to the stage for the first time for the callouts.

There has been a lot of attention on the Classic Physique division ahead of the Olympia, in large part because of the rivalry between current champ Chris Bumstead, and former king Breon Ansley. The two were ultra close when they competed in 2019, with Chris winning by just a single point, and they have cranked up the intensity as this year approaches. They have been trading shots throughout the entire buildup to this contest, never hesitating to throw some shade in each other’s direction.

Aside from them, Classic Physique newcomer Logan Franklin has also been looking to stake his claim as one of the best, and looks to legitimize himself. Additionally, Terrence Ruffin and Alex Cambronero have been hitting new strides in their own prep for the contest. These are just a few of the exciting athletes that made their way across the stage for the callouts which went down on Saturday.

Be sure to check back in to Fitness Volt for the results of the Classic Physique Olympia finals, later this evening.

How To Watch The 2020 Mr. Olympia Finals – Preview – Live Stream