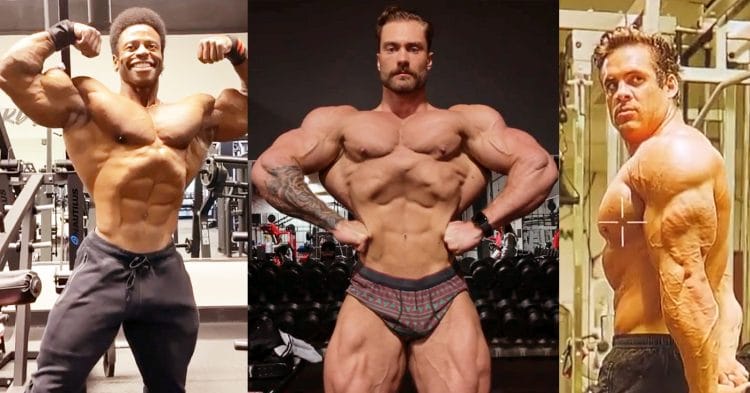 As much as the Open Division is being hyped up heading into the 2020 Mr. Olympia, the Classic Physique division might just be the more interesting of the two. With four weeks to go until the event, several of the top athletes in the division have provided updates, and it is hard to judge who will come out on top.

As intriguing as this year’s Olympia will be, with the return of Phil Heath and other crazy athletes attending, the Classic Physique division has proven itself to be the most interesting, by far. Chris Bumstead won the 2019 contest, beating Breon Ansley in what many considered a controversial fashion. So not only is there beef between these two, but newcomer Logan Franklin has also been on a tear, calling out Chris and looking to make a statement this year.

With so many interesting Classic Physique athletes preparing for the 2020 Mr. Olympia, we decided to take a look at how prep is coming along for these killers, and who could be leading the pack. However this proved to be a much more difficult task, as all three of these men look unstoppable. So let’s dive deeper into some of these recent updates, and perhaps we can parse who has the edge with four weeks to go until the contest.

As the Classic Physique Olympia champ from last year, all eyes are on Chris Bumstead to see how he can improve and retain his title this year. One of the major criticisms about Chris over the years has been about his back. Yet as the weeks count down, it has become apparent that he has been putting the time in to improve these weak points.

Not only that, but with just four weeks to go until the Olympia, Chris decided to bring back his trademark moustache, shaving the beard he had been growing. He explained on Instagram that this is a confidence booster for him, and that it helps him feel at his best. He unveiled the new stache while showing off the front of his physique and doing a vacuum pose.

Chris Bumstead is not the only one hitting vacuum poses ahead of the 2020 Mr. Olympia. Former champ Breon Ansley has been gunning to get his title back, and is pulling out all the stops for his training. His physique updates show the progress he has made, and the killer physique that we already knew he had.

As much as there have been criticisms of Chris’s back, the same can not be said about Ansley. He has always had a pretty stellar lats, and he showed them off recently. While this was never a weak area for him, it is clear that he has made even more improvements since last year’s Olympia.

A bit of a surprise rival for the 2020 Classic Physique Olympia throne is Logan Franklin. The young upstart has been causing a stir with his callouts, even when it has backfired a little bit. However he is more than just talk, and proved that with his own recent update ahead of the show.

It is wild to see how massive Logan’s triceps are, and how conditioned and vascular he appears here. It is unclear just how well he will do at his first Olympia, but he definitely has some strong genetics. Although it is worth noting that he too has some areas to work on with his back.

So Who Wins The 2020 Classic Physique Olympia?

Judging by these updates, it seems that Logan Franklin likely will not be able to win the 2020 Mr. Olympia, but considering it is his first time at the contest, there is no shame in that. So then it comes down to Chris Bumstead and Breon Ansley, which most of us likely expected to see in the top two positions. There is still some time to narrow things down, but it seems that we could be seeing a two-time Classic Physique champ, with the improvements that Chris has made. Regardless it is going to fascinating to watch these athletes step on stage.