Squat: Front vs. Back Squat: Which Exercise Is Better?

Let me start this piece by being totally honest. I favor the clean grip, front squat with a hip-wide stance, performed in a full range of motion which means going well past parallel until the hamstrings are pushed up against the calves. The bar should travel straight up and down and your hip should stay in line with your ankle meaning the knees will travel forward as you descend.

This is my personal preference for many reasons. First, it takes stress off the low back. Most back squats I see are initiated by the hips being pushed back, immediately putting a great amount of torque on the spine. They essentially are a combination squat/good morning. Not at all like the high bar Olympic back squat of yore, which seems to have become extinct. 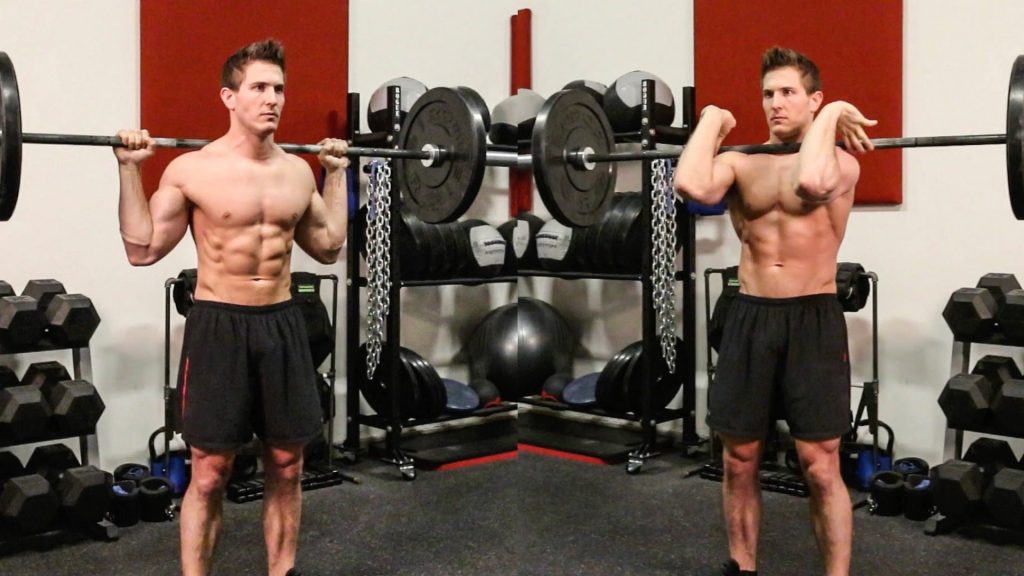 The front squat requires an upright torso with the bar balanced on the front delts. This upright torso means your entire core is involved in stabilizing the spine. This makes the movement much safer for the health and longevity of your low back.

The front squat is also a more athletic squat as opposed to the wide stance, power squat to parallel. It requires balance and more coordination to perform correctly. Unless pure power is your goal as is needed in a sport specific program, the front squat translates very well for the rest of us.

When performed through a full range of motion the front squat has been shown to recruit just as much muscle as the back squat with far less compression of the knee. Knee compression isn’t necessarily a bad thing but as back squats can be much heavier than front squats, especially with a wide stance and only to parallel, then that compression can become dangerous.

Don’t get me wrong, as an overall builder, back squats are great. But if it’s quad development and an injury-free spine you’re after, then front squats are a great alternative.

Video: CT Fletcher Back To Weight Training With Back Squats!