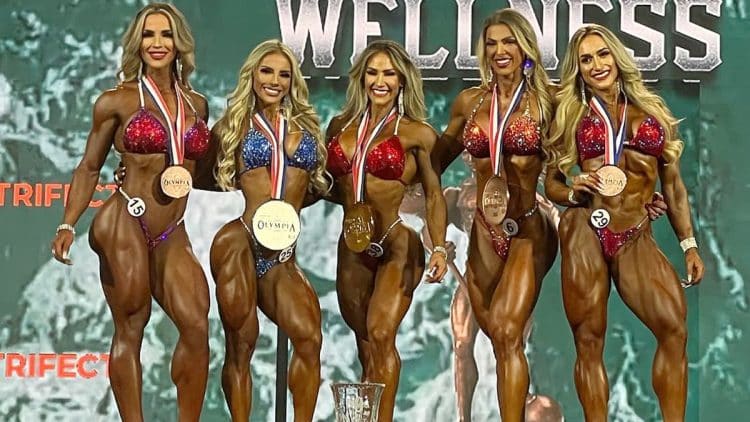 Wellness is rapidly becoming one of the most exciting bodybuilding categories, and the competition at the 2022 Mr. Olympia didn’t disappoint. This contest served as the second-ever Wellness Olympia contest. By the end of finals, which took place on Friday, December 16, 2022, Francielle Mattos made history by becoming a two-time Wellness Olympia champion.

Despite the category just taking off in the IFBB, there were plenty of bodybuilders hoping to walk away with the sport’s most coveted title. Unlike some of the other female bodybuilding categories, this division focuses on symmetry, proportions, general appearance, and places more emphasis on the lower half of the body such as the thighs, hips, and calves of the athletes.

Similar to last year’s Olympia Wellness show, a few contenders established themselves as viable threats in prejudging. Of course, the reigning champion had a lot of eyes on her, but so did Yarishna Ayala, Isabella Nunes, and last year’s Wellness runner-up Angela Borges.

Throughout the finals, several women from the final-call out pushed each other on stage. After a very close battle, Francielle Mattos won her second Wellness title at 2022 Olympia while Isabelle Nunes finished runner-up.

The night concluded with Angela Borges earning bronze. In addition, Kassandra Gillis and Rayane Fogal de Souza Santana ended the night in fourth and fifth with some appealing physiques.

Check out the official Wellness Olympia results below! 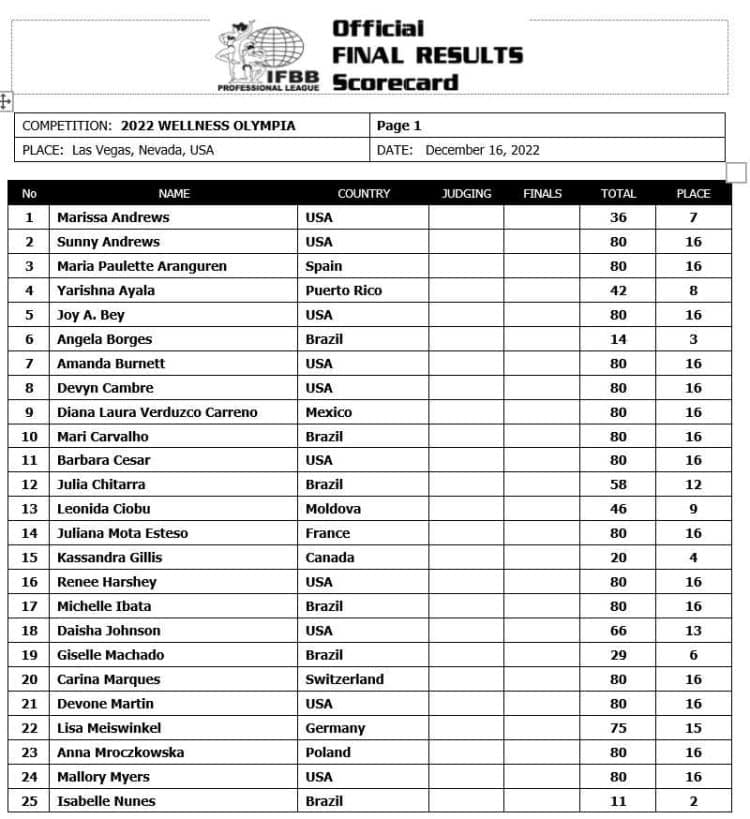 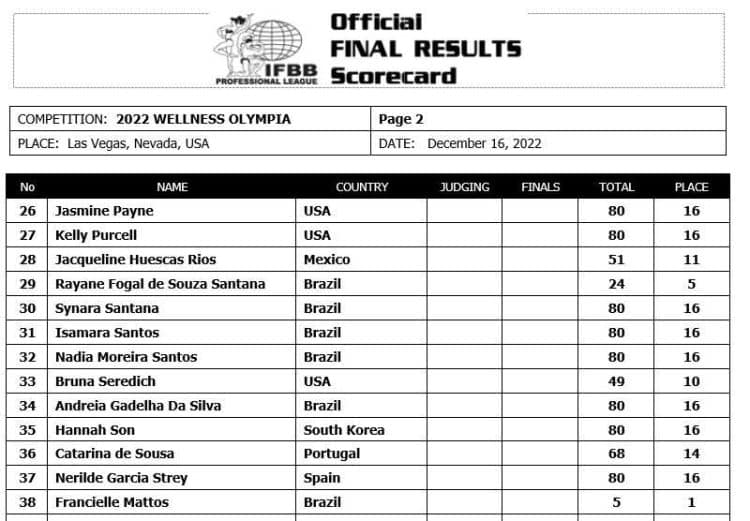