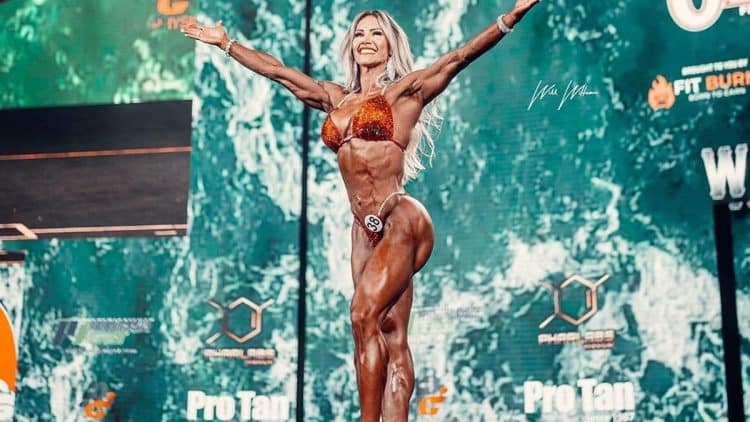 Even though it’s the Wellness division’s sophomore year at the Olympia, it’d be safe to say that it has become one of the most popular Women’s divisions at the premier bodybuilding show.

With 38 competitors competing for the highest honor in the division, the 58th edition of Joe Weider’s Olympia Fitness and Performance Weekend, held from Dec. 15-18, 2022, saw a stacked Wellness division lineup. Francielle Mattos became the gold standard for the division by winning the inaugural Wellness Olympia in 2021. She retained her title at the 2022 Olympia to become the first athlete in the division’s history to win multiple Olympia titles.

Angela Borges, Isabella Nunes, and Yarishna Ayala were the frontrunners for the Wellness Olympia crown heading into the sport’s biggest contest. However, as the show progressed, it was clear that Ayala was out of the fight for the top five, whereas Rayane Fogal de Souza Santana and Kassandra Gillis joined the list for the judges’ pick for the top spot during the pre-judging round.

Looking at the top six in the final callout of the pre-judging round proved that the contest was very close, and the winner’s cheque was anyone’s for the tacking.

While Borges and Nunes were looking to seize the Wellness Olympia throne, Mattos had plans of her own. It was lights out for all other contenders as soon as Mattos began her posing routine in the finals in her lucky red bikini. Experts believe that Mattos has the ideal body composition for the Wellness division. She has the upper body of a Bikini division competitor and the lower body of a Wellness athlete. She brought her signature package to seize the deal in the finals and become a two-time Wellness Olympia champ.

Nunes, Borges, Gillis, and reigning champ Mattos were the final four competitors in the confirmation round, making them the frontrunners to win the show.

Nunes is the 2022 Arnold Classic Wellness champion and had one of the best posing routines in the line-up at the 2022 Olympia. She took home the runner-up prize.

Angela Borges was the first athlete to qualify for the Olympia in the Wellness division at the inaugural Wellness Olympia showdown in 2021. The tall figure has great muscle balance and separation. The shape of her glutes secured her a bronze at the 2022 Olympia.