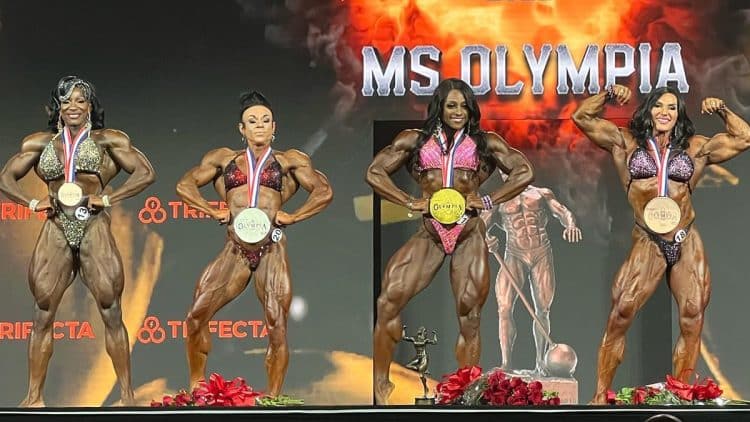 Andrea Shaw has claimed a third Ms. Olympia title in Las Vegas, NV., on Friday, December 16, 2022. Following a close contest which spanned a day, she overcame numerous threats at the 2022 Olympia event running from Dec. 15-18, this year.

The Ms. Olympia show returned to the Olympia Weekend in 2020, courtesy of Olympia President Jake Wood and ever since, it’s been one of the most exciting divisions to talk about. Shaw was able to defend the title in 2020 and 2021 at Olympia, with impressive muscularity and conditioning.

In line with previous seasons, Shaw returned earlier this year to claim a third Women’s Bodybuilding title at the 2022 Rising Phoenix Arizona Pro. With momentum riding into this year’s Olympia contest, all eyes were on the sitting champion during prejudging to separate herself from the pack early.

Last year’s runner-up Helle Trevino brought her best despite sustaining a shoulder injury that required surgery earlier this year. Plenty of threats attempted to push Shaw during prejudging/finals like Angela Yeo and Margie Martin, who revealed this was her final Olympia.

Three bodybuilders found themselves battling for the Ms. Olympia title toward the end of the contest, which included Helle Trevino, Angela Yeo, and Andrea Shaw. In the end, Andrea Shaw won another Ms. Olympia crown, marking the third of her illustrious career.

Check out the final Ms. Olympia results below!

Read also: All Ms. Olympia Winners — Bodybuilding Queens & The History of the Show