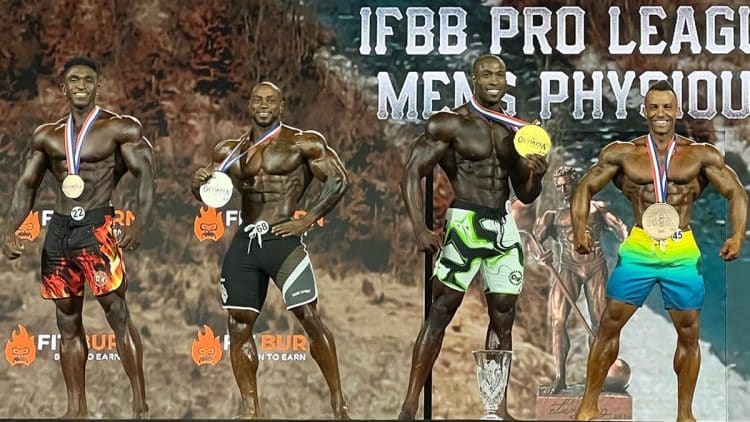 The finals for the 2022 Mr. Olympia contest wrapped up for the Men’s Physique division on Dec. 16, 2022, evening — Erin Banks is your 2022 Men’s Physique Olympia winner after upsetting the three-time champion Brandon Hendrickson.

This year’s contest featured an array of talent, who boasted aesthetics, proportions, and excellent symmetry. Given the growing popularity of this bodybuilding category, it has become one of the more talked about divisions in the IFBB.

At the 2022 Mr. Olympia competition, there was no shortage of contenders vying to knock the reigning champ Hendrickson off his throne. Erin Banks was highly confident heading into the show, and the package he displayed throughout prejudging/finals might have been his best.

Meanwhile, Diego Montenegro and Charjo Grant brought the heat during the finals. They both were able to push the champion on stage.

Montenegro finished third with one of his best looks to date. In addition, Charjo Grant and Edvan Palmeira rounded out your top five at 2022 Men’s Physique Olympia.

Check out the official Men’s Physique Olympia results below! 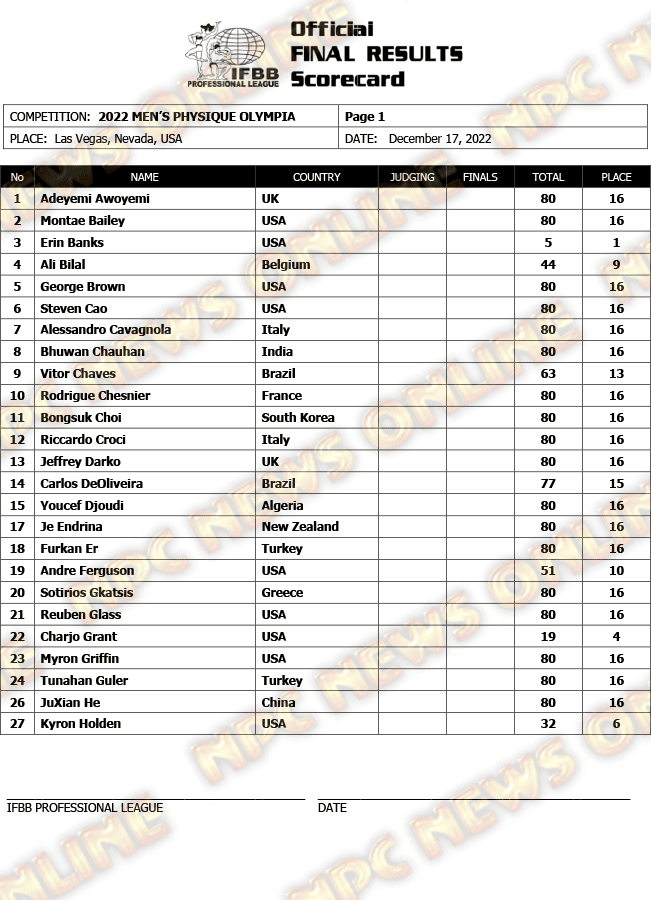 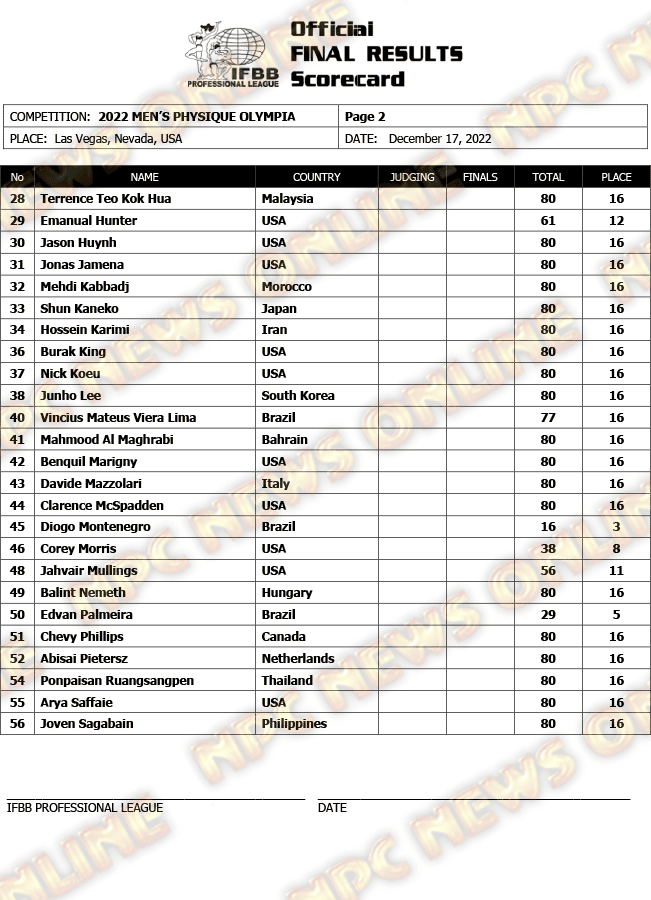 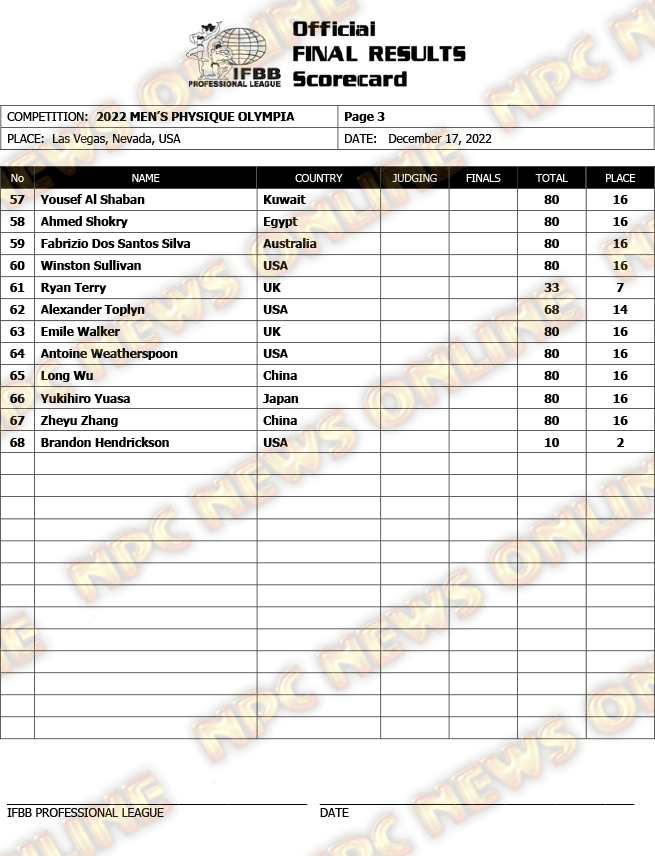