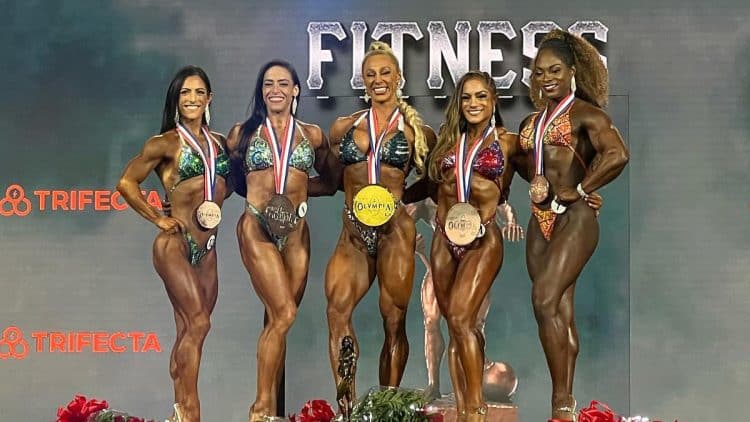 The 2022 Mr. Olympia Fitness finals are in the books. On Friday, Dec. 16, 2022, Missy Truscott won the Olympia Fitness title in Las Vegas, Nevada — marking the second Fitness Olympia title of her career.

Fitness has become one of the most entertaining bodybuilding divisions showcased at the Olympia. They are known for beautifully choreographed routines that require meticulous preparation. Unlike other bodybuilding divisions, Fitness athletes are responsible for crafting an entire production when they perform on stage.

During finals, Missy Truscott and Jaclyn Baker had huge reactions from the crowds during their routines. Both were entertaining and brought a lot of energy to the venue. By the end of the night, Missy Truscott walked away victorious, while Jaclyn Baker took second, with Ariel Khadr producing bronze.

Sarah Kovac and Jaclyn Baker impressed with their routines as well. They ended up finishing the contest in fourth and fifth, respectively.

Check out the official Fitness Olympia results below!