The 45th edition of the World's Strongest Man returns for an ultimate display of strength. 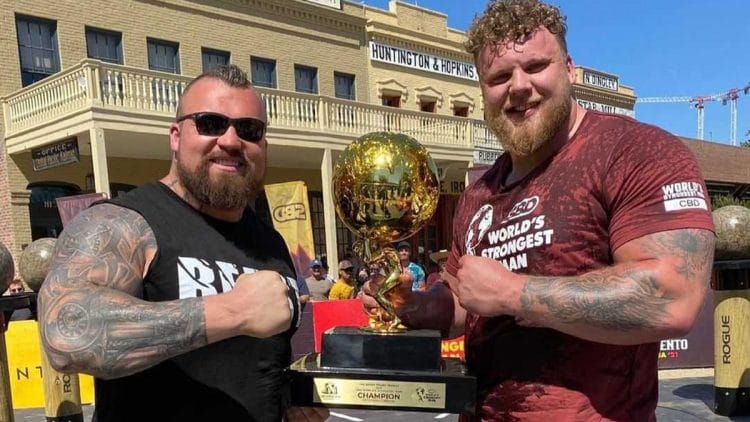 Established in 1977, WSM is a show of strength and willpower designed to highlight some of the world’s strongest athletes on an international scale. The multi-event competition displays feats of strength with a number of events that make up each competition. Entering a second year in a three-year deal with the Sacramento Sports Commission, the WSM competition kicks off in just over four months.

While fans currently don’t have a list of the athletes participating, all former champions of WSM receive lifetime invitations back to compete. Recently, the promotion took to Instagram and shared a short video of what fans can expect for the latest edition of WSM.

“𝐁𝐑𝐄𝐀𝐊𝐈𝐍𝐆: When the world needed the strongest man most… ⚡🦸‍♂️” WSM shared.

Some names that are likely to appear at the 2022 WSM include Oleksii Novikov who secured gold at the 2020 WSM show. His big win in 2020 was all the more impressive considering he was coming back to competition after rehabbing an injury. Of course, Brian Shaw and Zydrunas Savickas have four WSM titles apiece and are still active as powerlifters in their own right.

The landscape in strength sports is starting to heat up. There will be two significant competitions before the 2022 World’s Strongest Man is expected to take place. First, the United Kingdom will be set ablaze on Feb. 26 in Sheffield when the 2022 Britain’s Strongest Man sees reigning champion Tom Stoltman look for another major title victory.

The action rolls on from March 3-6 when the 2022 Arnold Strongman Classic returns to Columbus, Ohio. With a firm date in mind, certainly, athletes can use this as an edge in future shows on the horizon. With a commanding list of potential competitors, the landscape for the 2022 WSM show looks to be one of the most competitive yet.

The 2022 World’s Strongest Man returns May 24-29 in Sacramento to crown a new champion. There is no shortage of talent this year, and with the clock ticking away, soon, fans will witness the gains these athletes have sacrificed for during the offseason.