Never Before Seen Pictures Shows Dennis James At His Most Monstrous!

Dennis James ‘The Menace’ is the professional bodybuilder from Heidelberg, Germany. He is a well-known accomplished athlete, and for his larger than life character.

Dennis James has been known for his massive size. He was the quintessential mass monster with the kind of physique that made everyone stand up and take notice. His first Mr. Olympia was in 2000, where he placed 11th. He would go on to compete in a total of 7 Mr. Olympias, managing to take 4th position in 2003 which showed that he had what it took to stand with the best on earth.

In the past year, a number of ‘Never Before Seen’ photos of Ronnie Coleman and Flex Wheeler were released. This time, Chad Nicholls release a set of photos of Dennis James that was taken a few days before the 2004 Mr. Olympia. This is what Chad had to say:

“For this TBT I’ve got some really cool shots of Dennis James from Thursday afternoon before the 2004 Mr. Olympia and some of him that Friday (early in the day). Dennis was one of those athletes who was always so easy to work with – he was very regimented, and on time with everything! The crazy thing about him was that he ALWAYS looked full, but he could hold his fullness with very little carbs. However, he wasn’t a physique that was carb sensitive either. You could push a ton of carbs at him and he could tolerate them well – very seldom spilled – but he actually looked better on lower to moderate carbs because he stayed just as full, just as crazy and round looking, but you didn’t have to worry about any stomach issues.

It’s unbelievable to me that the 90’s and early 2000’s were the pinnacle of conditioning – yet we now live in a time where we know so much more about the human body: science and nutrition taking huge leaps forward and yet the athletes conditioning in today’s sport continue to regress. It literally shows you that there is NO substitute for hard work and discipline!”

What do you think of Dennis James? 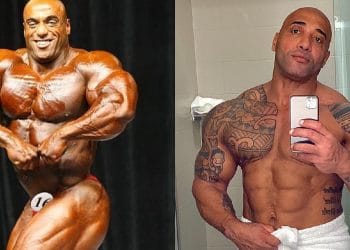 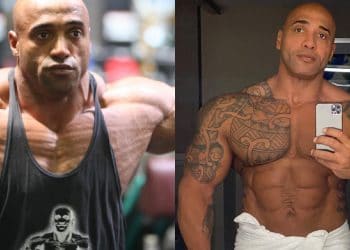 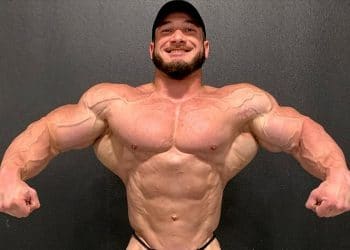