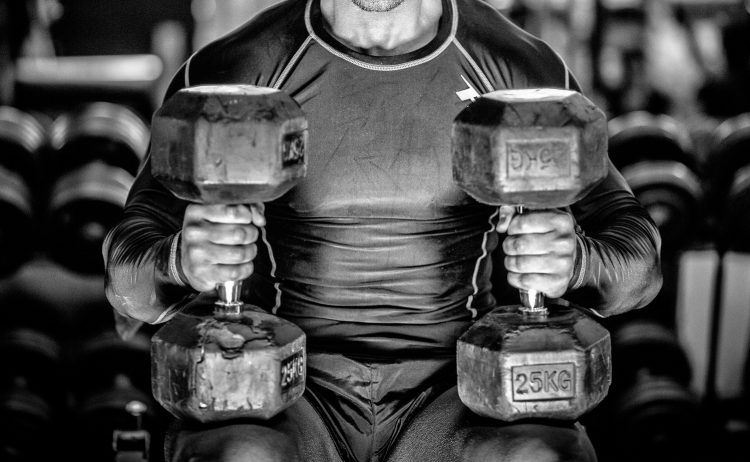 When it comes to getting the most out of your training one of the most important factors is to optimize your body’s hormonal response to training. Or at least that’s what I’ve been reading a lot of lately. We hear all the time what to do to increase testosterone or growth hormone during our workouts. It’s something I’ve been putting a lot of thought into lately and I’ve been going out of my way to make sure I’m maximizing hormonal responses as much as possible before, during and after training. So with that I decided it would be best to do a little research of my own on the subject. After all I like to preach doing your own research and not necessarily doing something just because someone says to.

For those of us who are natural trainers, maximizing our own growth hormone and testosterone levels during training would seem to make perfect sense. We don’t have the benefit of supplementing with synthetic hormones so we’ll need to take advantage of the hormonal responses from training as much as possible. This is what I’ve heard over and over. Today I’m here to talk about how I feel this has potentially been taken too far, and even go as far as to say exercise-induced growth hormone doesn’t even promote anabolism. Now before you grab your pitchforks and chase me out-of-town, hear me out.

I don’t necessarily expect this to be a popular post and I’m sure there will be people who will disagree with me. Heck, I would have argued with myself just a couple of weeks ago. It’s amazing how things can change the more you continue to learn isn’t it? Regardless of how popular I feel information I present to you will be, I think it’s best to provide you with the information and research we have available and let you decide for yourself what’s best. I don’t pretend to know it all and I never will. I will always not only be presented with new info that could change the way I view things but I’ll also never stop searching for it myself either, much like I did for this article. I believe if you think you know it all, you really know nothing. Nobody knows it all, not even the best in the business.

There is a lot of research out there on growth hormone and if you try to keep up with how to maximize your growth hormone levels from training (note this is just from training and nothing else) you could do some of the following things: Weight train, do low intensity cardio, do high intensity intervals, weight train with large muscle groups before the smaller groups, avoid carbs pre and post-workout, train fasted, don’t consume anything post-workout for 2 hours, take a number of different supplements and the list goes on and on. Some of these things not only don’t sound like the best way to increase muscle mass but many of them contradict each other. It’s with that I want to start getting into reasons why worrying about maximizing hormonal responses during training may not be the best idea.

Before we get started I don’t normally reference the actual research, but I always have them available should anyone want to see them. For this topic, however, I will be referencing the research as I did a great deal of research and I want it all to be available.

Research done at the Institute of Sports Medicine, Bispebjerg Hospital showed that while there was an increase in lean body mass in individuals with a growth hormone deficiency when supplemented with growth hormone, the lean body mass was not from actual muscle. It was due to increased whole body protein synthesis. Hypertrophy of connective tissue and increased water retention were the main causes. Elevated growth hormone did not increase myofibrillar protein synthesis. (1)

In a non-human study done at The University of Texas Medical Branch researchers discovered when treating scalded skin and normal muscle in rabbits it was insulin and not growth hormone that stimulated protein anabolism. (2) Research has shown the acute activation of inherently located signaling proteins such as p70(S6K) and myofibrillar protein synthesis are strongly associated with long-term increases in muscular hypertrophy, while exercise-induced rise in growth hormone have no statistical association with hypertrophy. (3) Think about that for a minute and really let it sink in. It is long-term increases in muscle mass and not exercise-induced hormones that make the big difference.

It is known that exercising large muscle groups increases growth hormone during exercise significantly while small muscle groups do not. If exercise-induced growth hormone was anabolic, it would stand to reason that working your larger muscles before the smaller ones would help increase protein synthesis and hypertrophy of those smaller muscles. However, research done at McMaster University compared two training protocols. One that caused a large increase in growth hormone levels and another that maintained basal levels of growth hormone. In one protocol they worked out arms immediately following leg exercises (large muscle group) and in the other they did the same arm workout only on its own (small muscle group only.) The results showed that the arm only workout did not increase growth hormone, IGF-1, or testosterone but the paired leg and arm workout increased these hormones significantly. Despite the large increase in exercise-induced growth hormone from the leg group, there was no difference in the rate of protein synthesis nor was there a difference in hypertrophy in the arms after the 15 week study. (4)

This study was a big one for me. If hormonal responses from training made a big difference, why was there no difference between the two groups? I had read plenty of articles in the past that said to do the large muscle groups first not just because your energy levels will be higher for the big moves but also because the larger muscle groups will increase your growth hormone levels and help build your smaller muscle groups better. That does not appear to be the case.

So if growth hormone isn’t anabolic and its release during training has minimal, if any affect on protein synthesis and hypertrophy, what do these hormones matter? Well stay tuned because that’s what we will be talking about next week in part 2!

How Much Do Exercise-Induced Hormones Matter? Part – 2

The Good And Bad Of Stretching – Part 2