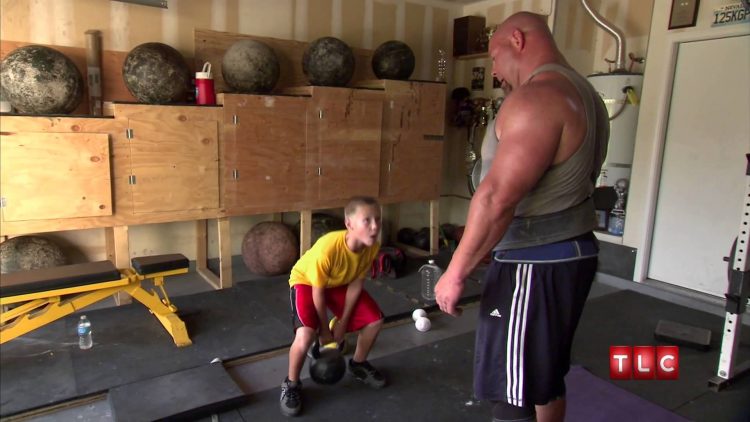 The theory behind carb backloading is that it allows you to maintain or increase strength and maintain or increase muscle mass, at the same time as losing body fat. There are a few different versions of diets that all make this claim, and they all have the same components. A period of underfeeding, with a short period of overfeeding. Fat is lost during the underfeeding phase, muscle is built during the overfeeding phase.

I have personally done a lot of carb backloading dieting. Although I had no idea it had a name. I thought through trial and error I had hit on something I was calling Anabolic Keto. Although carb backloading is different in one way, because it is suggested you consume your carbs post training, where as with Anabolic Keto, I was consuming a carb meal at the end of the day, but was training in the morning. I’ll get more into the specifics and science (or scientific theory more accurately) behind Anabolic Keto at a later date. For now, I’ll focus on carb backloading.

Part of the goal with backloading is time efficiency. The plan was to make a fat loss, muscle-building system that was easy to follow and didn’t take a massive amount of planning. Like all good fitness plans, back-loading was intended to get maximum results in the shortest time – nothing new there.

It is well-known that low insulin levels, which occur in the absence of dietary carbohydrates, can accelerate the release of fatty acids, and increase fat burning, otherwise known as lipolysis. This is true even during exercise. Once carbs enter the diet during the day, for a single meal, fat burning is hampered for the entire day.

There is also no disputing that insulin sensitivity is highest in the morning and early afternoon. By the evening, it has hit its lowest point. It is also known that eating more food in the beginning of the day when insulin sensitivity is high, causes more muscle than fat to be lost during dieting. Eating most of your calories in the evening however, causes the loss of body fat and the preservation of muscle. It thus stands to reason that if one wants to burn fat, they would refrain from eating carbohydrates for as long as possible during the day.

Then there’s the issue of muscle to build. If on a fat loss diet, possibly not built, but at least spared. Insulin is the ideal hormone to target to spare muscle mass, levels of which we can manipulate with carb consumption. The issue with insulin, is that during any type of fat loss diet, the goal is to keep the levels very low. So now we’re back to either building muscle, or losing fat.

Post-workout nutrition is also an important consideration for growth. The maximum amount of growth possible comes from consuming high amounts of fast-absorbing proteins and fast-absorbing carbs. Studies show that muscle growth requires not just lots of calories, but lots of carbs. Having your liver or muscle tissue absorb most of these carbs would be ideal, as glycogen stores could be rapidly replenished. If the carbs replenish glycogen stores, then there won’t be any excess that could end up in fat cells.

This is where back-loading has some advantages. If we can avoid carbs during the most insulin-sensitive parts of the day, we can avoid fat accumulation. Resistance training increases skeletal muscle insulin sensitivity, but it still fluctuates through the day. We would like muscles to be at their peak of glucose absorption when fat cells are at their most dormant.

The mechanism by which muscle cells absorb glucose is not only triggered by insulin. There is also proteins that shuttle glucose through the cellular membrane. They are called glucose transporters or GLUTs.

The predominant GLUTs in muscle cells—GLUT-4, the same type as in fat cells—normally need insulin-stimulation to come to the surface of the cell where the transporters can start ferrying glucose into the nucleus for metabolism. This is called insulin-mediated translocation. Non-insulin-mediated translocation is when GLUT-4’s come to the surface to function without signaling from insulin. In a nut shell: GLUT-4’s need to be present at the skeletal muscle cell surface for the cell to use glucose and there are two ways this is accomplished. One of those ways requires insulin.

The other, the one we can use to our advantage, requires resistance training. Contracting muscles under load causes GLUT-4 translocation in muscle tissue, independent of insulin action. So weight lifting has the same effect on GLUT-4’s as insulin. This means we can make the muscles transport as much glucose during non-peak insulin-sensitivity hours in the evening, as we can during the morning. It means lifting weights makes your muscles absorb sugar whether there’s insulin or not, and whether your muscles are sensitive to it or not.

We target muscle tissue to soak up sugar at an accelerated rate while fat cells struggle to do the same. In doing so, we get optimal times to eat different nutrients, and an optimal time to resistance train.

In order to receive the benefits of both muscle-building and fat loss, you must lift at the end of the early afternoon, completing your workout to coincide with the lowest point of insulin sensitivity. Your training should start in the later afternoon, and finish in the early evening. Then the carb consumption will begin, as now your body’s inulin is low, and the muscles are primed for glucose uptake.

Now that workout time is no longer an option, you simply don’t consume any carbs until post training. You can also consume them during training if it will be extremely intense, or if you feel depleted from the day before. Research shows that the body will not accumulate fat during the workout even while consuming carbs.

After the workout, if not during, start loading carbs. The muscle tissue now has a high affinity for glucose, while fat cells won’t absorb much in the way of energy. Although lipogenesis is always hampered by weight lifting, the effect is short-lived, so during training and post training it is the ideal time to consume an abundance of carbs.

It is actually a very sound theory, with science to back it up. I personally have never tried this, as my training is always done first thing in the morning (this is one a the variations from this diet that Anabolic Keto takes into account – not everyone can train in the late afternoon, as is the rule with carb back-loading). I’d really like to hear from anyone who has tried this method. Please contact me in whatever means you are most comfortable doing so.