How to do the bodyweight Sumo squat 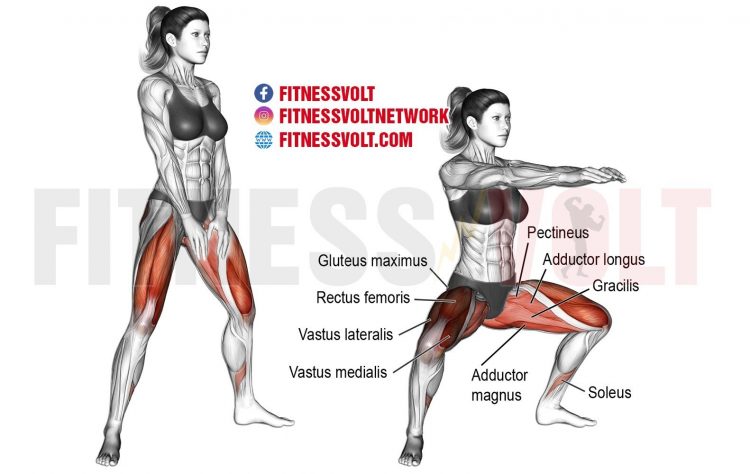 The bodyweight Sumo squat is an awesome exercise which targets the quadriceps. But the glutes, hamstrings, and calves also get worked since these muscles are secondary movers in the movement. Now, this exercise can be performed by anyone and it’s a safer alternative to the barbell Sumo squat for beginners because the risk of injury is reduced.

The standard Sumo squat is originally closer to the deadlift in nature since you pull the bar from the ground rather than squatting the bar. But it’s a much safer alternative since you are pulling from closer to your center of gravity which alleviates stress on the spine.

The bodyweight Sumo squat is a great exercise for improving leg development, and it’s highly recommended.

Watch: How to do the bodyweight sumo squat

The 10 Best Exercises to Beat the Flat-Butt Blues

The gluteus maximus, or the glutes for short, is the largest, most powerful muscle in the human body, or it...

Advocates of home and minimalist workouts often say that exercises like push-ups and air squats are all you need to...