Discover the workout and diet Aaron Taylor-Johnson followed to build a ripped and muscular physique for his role in Kick-Ass. 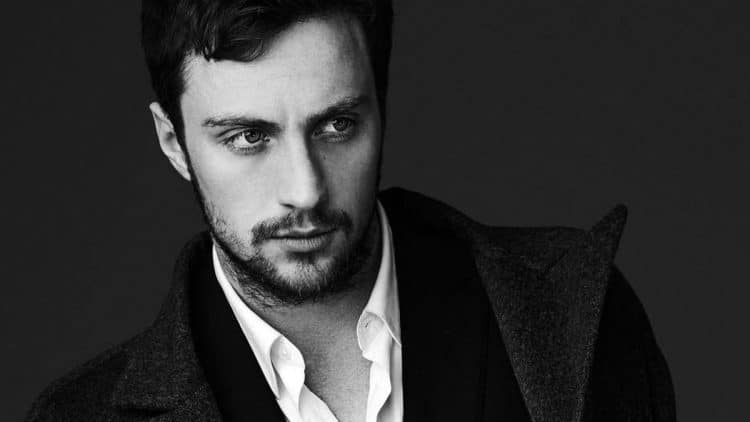 For his role in Kick-Ass (2010), British actor Aaron Taylor-Johnson built a jacked physique, which his fans absolutely loved. Three years later he took that condition to a whole new level with Kick-Ass 2. In this article, we’ll take a look at the exact workout and diet that Aaron followed to get in such great shape.

Aaron Taylor-Johnson was born on June 13th, 1990, in High Wycombe, Buckinghamshire, England. Aaron, who is of Jewish heritage, attended the Jackie Palmer Stage School between 1996 and 2008. While there, he studied drama, tap, jazz, acrobatics, and singing.

Aaron’s acting career began at the age of six. In 1999, he appeared in the London stage production of Macbeth. His TV career began in the early 2000s. In 2003, he played the role of a young Charlie Chaplin in the movie Shanghai Knights, starring Jackie Chan and Owen Wilson. He got his first big-screen role two years later in The Thief Lord.

In 2009, Taylor-Johnson played John Lennon in the biopic Nowhere Boy. He won several awards for his portrayal. The following year he played the lead character in the action movie Kick-Ass, which got him nominated for the BAFTA Rising Star Award.

Aaron appeared in a succession of roles throughout the 2010s, including Oliver Stone’s Savages (2012) and Avengers: Age of Ultron (2015), where he played Quicksilver. In 2016 he played the role of Raj in the thriller Nocturnal Animals, which earned him a Golden Globe award. In 2021 he was cast to play the Marvel character Kraven the Hunter in the movie of the same name.

Aaron is married to director Samantha Taylor-Wood. The couple met on the set of the movie Nowhere Boy in 2009 when he was 18, and she was 42. Aaron has two daughters with Samatha and two step-daughters from Samantha’s previous marriage.

Aaron has always tried to follow a well-balanced diet that includes a healthy balance of macronutrients. He balances out his nutrient intake by eating six meals per day, spaced about three hours apart, usually consisting of three main meals and three snack meals.

While preparing for a specific role, Aaron adjusts his diet accordingly. While getting in a ripped condition for Kick-Ass, he upped his protein intake considerably.

Low Carb to Get Ripped

Aaron uses a low-carb diet to lose body fat. While losing weight, he cuts out all processed carbs and foods high on the glycemic index, which means cutting out potatoes, pasta, and bread and replacing them with low-carb options such as sweet potatoes, broccoli, and leafy greens.

Aaron is a fruit lover. His evening dessert of choice is a self-made fruit salad consisting of the following, which are his favorites:

For his role in Nocturnal Animals, Aaron had to beef up considerably. To do this, he began eating more junk food than usual. He remarked:

“I ate crap! After my morning hike, I went to In-And-Out Burger for brunch most days. I’d get two four-by-four burgers – so that’s four patties in a burger – two of those for brunch, and I washed it down with a milkshake. I knew if in that one meal I could put in 3500 calories I’d put on some crazy size.”

Aaron is a big nut eater. He knows that nuts are a nutritional powerhouse and are very cost-effective. They are nutrient-dense and are packed with healthy fats, not to mention all the vitamins, minerals, and organic compounds that go along with them.

Nuts are a great source of both polyunsaturated and monounsaturated fats. These are the healthy fats you want to get more of, especially when you follow a low-carb lifestyle like Aaron. They can help lower the risk of heart disease, reduce cholesterol levels, and control blood pressure.

Another benefit of fats is that they are satiating, meaning they’ll fill you up. Because they are so convenient (grab a handful and munch away), they make a great choice when you’re craving a snack.

This is what a typical day of eating looks like for Aaron:

To get in top condition for his role in the first Kick-Ass movie, Aaron used a variety of training methods. While building muscle and losing body fat, he needed to work on his athleticism and agility.

For achieving these training goals, Aaron used strength, functional, bodyweight training, and cardio conditioning. He trained five days per week, with weekends off, providing his body with a couple of days of much-needed rest before returning to the gym on Monday.

Aaron’s strength training routine included old-school bodybuilding exercises such as the Zercher squat and barbell push press, along with bodyweight moves like bodyweight reverse lunges and chin-ups. He did these strength workouts twice per week on Monday and Thursday.

Tuesday and Friday were Aaron’s conditioning days. These workouts consisted of functional full-body moves such as the tire smash and battle ropes.

Given below is the actor’s training regimen;

The Kick-Ass actor uses the following supplements to build muscle and maintain his overall health:

Aaron relies on protein shakes to ensure that he is feeding his muscles the amino acids they need to grow. He typically downs two protein shakes per day, making sure that one of them is after his workout, consisting of a 50:50 blend of whey protein and fast-acting carbs.

Consuming carbs immediately after his workout replaces the muscle glycogen used for energy during the workout.

Check out our review of the best whey protein supplements on the market!

Aaron takes five grams of creatine powder with water every morning, which helps him train with more intensity and improves his recovery. Creatine supplies the extra phosphates to replenish ATP levels while training.

These creatine supps give you the best bang for your buck!

Aaron Taylor-Johnson works as hard in the gym as he does in his movie roles. It’s that work ethic that has allowed him to forge a body that’s not just muscular and lean but also athletic and well-conditioned.

Aaron’s holistic approach to training strikes a good balance between strength, hypertrophy, conditioning, and agility work. Why not give the five-day workout program outlined above a try for six weeks? You may be surprised at how much stronger, bigger, better conditioned, and leaner you become.