Big Ramy Announces He Will Be Competing At Arnold Classic Australia 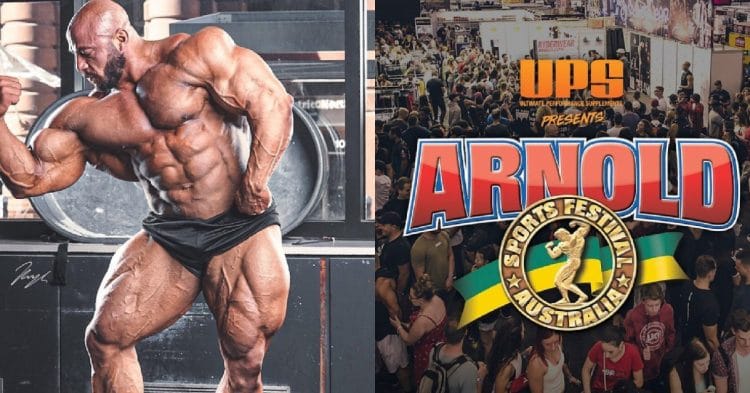 Ramy competed for the first time in a while, when he took the stage at the Arnold Classic, in Columbus. Despite health concerns causing massive changes to the competition, Elssbiay was the favorite to win the competition. Unfortunately, he would have a bit of a disappointing performance, instead placing third, behind Dexter Jackson and William Bonac. He appeared to be the mass monster he is known as, but just lacked some of the final touches needed to win.

Following the disappointing performance, Ramy vowed to return better than ever, and make it up to his fans. However, few expected that return to be so quick. Nevertheless, he announced recently that he will be competing at the Arnold Classic Australia, which takes place in just about a week’s time.

This was his announcement:

“Hey, Big Ramy here. I can’t wait to see everyone in Australia, (at the) Arnold Classic”

This is a surprising turnaround for Ramy, considering how long of a layoff he had previously taken. Regardless, it is clear that his performance in Ohio left a sour taste in his mouth. Therefore it is understandable that he would want to try to get a win in another event.

Although it is worth noting that with concerns of the coronavirus growing, the future of the Arnold Classic Australia is up in the air. Reports were that the show is intending to stay on track. However Australian officials have since looked to put a ban on large gatherings, following the lead of other countries.

If it is not at the Arnold Classic Australia, hopefully, Big Ramy will be able to find another place to compete. The sport is certainly more entertaining with him in it.