Two-time Mr. Olympia Big Ramy looks massive in a recent physique update and plans to guest pose at the 2022 Pittsburgh Pro on May 7. 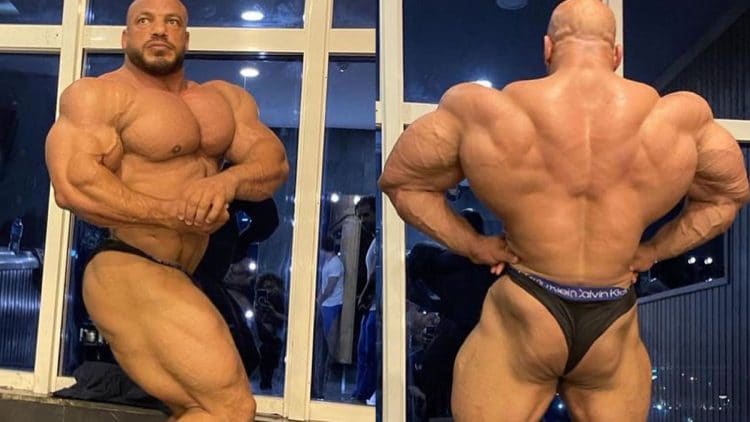 Mamdouh ‘Big Ramy’ Elssbiay is one of the hottest names in bodybuilding and the epitome of a mass monster. In a recent post made on Instagram, Big Ramy issued a physique update and revealed his plan to guest pose at the 2022 Pittsburgh Pro in May.

Big Ramy has dominated the Men’s Open landscape in bodybuilding for the past two years. In 2020, Elssbiay took first place at Mr. Olympia, winning his first Sandow trophy after defeating two-time Arnold Classic champion Brandon Curry. Ramy followed up the victory by returning to Olympia in 2021, where he once again defeated Curry in the finals to win his second consecutive title. After losing to Elssbiay two years in a row, Curry intends to topple Ramy this year by bringing a heavier package to the next Olympia event.

Placing in third at 2021 Olympia, Hadi Choopan is the picture of consistency and will also be looking to knock Ramy off the top of the podium later this year.

While Ramy likes to lay low in the off-season, he’s made an effort lately to connect with his massive fanbase. In Feb., Elssbiay and powerlifting phenom Larry Wheels linked up for an arm-wrestling match. Some have questioned the legitimacy of the match, but it was exciting to see Big Ramy taking part in a fun event during his time away from the stage.

Back in Jan., Ramy issued an off-season physique update weighing 341 lbs (155 kg) and underlined that he was feeling ‘very healthy’. With his eyes locked on another Olympia trophy, Big Ramy gave fans a glimpse of some of the gains he’s made during his 2022 off-season.

In a recent post published on Instagram, Big Ramy revealed his plans to guest pose at the 2022 Pittsburgh Pro scheduled for May 7.

“New Update from April 17th! I know I haven’t been very active on social media lately and I apologize to all of you for that. From now on you’ll see more of me I promise you guys. This update is from yesterday and I want to post them to let you all know I’m training and putting in the work. It’s not easy during Ramadan but I know my job is to get it done regardless of not eating and drinking as much as usual. My goal for this years Olympia is to present the best Big Ramy ever and that is why I’m working very hard. I’m looking forward to coming to the USA to guest pose at the Pittsburg Pro May 7th 2022. Thank you all for your continued support I really appreciate it so much. Now let’s go for No 3” Big Ramy posted.

Big Ramy admits that it’s difficult to keep up with progress during Ramadan but is growing accustomed to the practice. After all, he’s managed to win two of bodybuilding’s most coveted titles during his time in competition. Meanwhile, plenty of rising Men’s Open standouts are quickly rising up the ranks. 2021 Arnold Classic champion Nick Walker is steadily improving his physique for his second-ever Mr. Olympia competition. “The Mutant” placed fifth in his debut for the show and is adamant that he will bring an improved package to Olympia this Dec.

In addition, Hunter Labrada, who placed fourth at last year’s Olympia is also adding mass to his physique in hopes to challenge the defending champion in several months. Judging by his recent guest posing appearance at the Jay Cutler Desert Classic, Hunter has found a balance between size and conditioning with plans to dethrone Big Ramy in due time.

Equipped with size and muscularity, Big Ramy is determined to produce his third straight Mr. Olympia title. With Ramy guest posing on May 7, fans and bodybuilders alike will see some of the gains he’s made during his off-season.