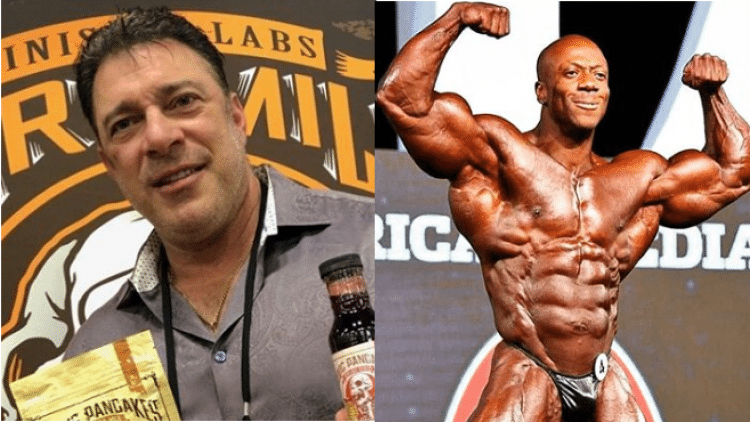 It has been almost two weeks since it was revealed that Shawn Rhoden would be facing rape charges. Now, IFBB Pro League Athlete’s Rep Bob Chicherillo is speaking out on the events.

2018 Mr. Olympia champion Shawn Rhoden is facing charges for allegedly raping a female bodybuilder. Subsequently, he was removed from this year’s competition. He has since refuted the charges, passing lie detector tests.

Since that happened, Bob Chicherillo has decided to speak up on this incident. He spoke with Muscular Development about the incident. Additionally, they discussed whether or not Shawn should have been removed from the competition.

Chicherillo revealed he was aware of the situation before it was made public. However, brought up an interesting point regarding Rhoden’s trainer Chris Aceto.

“I did hear that Chris Aceto got on, and he kind of put his two cents out there. One of the things he was complaining about was that the powers that be didn’t reach out to them. ‘They kind of jumped the gun and made a decision. Why didn’t they call us?’ I assume when he says us, I assume he means Rhoden in particular.

If that’s true, and again I am just catching that third party, I would submit this. This stuff has been in the works for almost a year. I would submit that why didn’t you guys reach out to somebody? You knew this was coming. This was not a surprise, you knew what was coming your way.

Listen, you could’ve reached out two months ago, three months ago, four months ago, six months ago, and had a conversation with the Olympia, with the powers that be, with the IFBB Pro League, and stated ‘Listen this is what’s coming. Let’s get ahead of thing. What can we do?’ That would’ve been the way to go. Don’t sit there now, and exclaim ‘Well why didn’t you call us?’ Because listen, this is some serious business here.”

The conversation continued, with Chicherillo discussing speculation that perhaps Rhoden had no intention of actually competing anyway. Additionally, they discussed that the Olympia contract that athletes sign does have wording to allow for removal in situations like this.

Chicherillo then went on to discuss the differences between this and other cases.

He then discussed what his role is, as the IFBB Pro League Athlete Rep.

“They don’t really know what my role is so, they just see athlete’s rep and they figure, oh I must represent the athletes individually. Look man, I don’t run their business, I don’t run their camp. It doesn’t work like that. I work for  collective. There’s nothing I would ever say for, or against him. I have my own opinions, personally. But as the IFBB athlete’s rep, that’s not my job.”

Chicherillo further clarified that his role is to ensure equal treatment across all the athletes. Furthermore, he was asked about the effect this may have on the Olympia.

We will have a new champion this year, that much we do know. But you know what, when some fall off the radar, others get on the radar. This is a great opportunity for the Brandon Curry’s, the William Bonac’s, for the Natahn de Asha’s, and a lot of the new guys that are coming up.”

You can check out the full interview with Bob Chicherillo, below.

Stay tuned to FitnessVolt for all your Mr. Olympia updates!