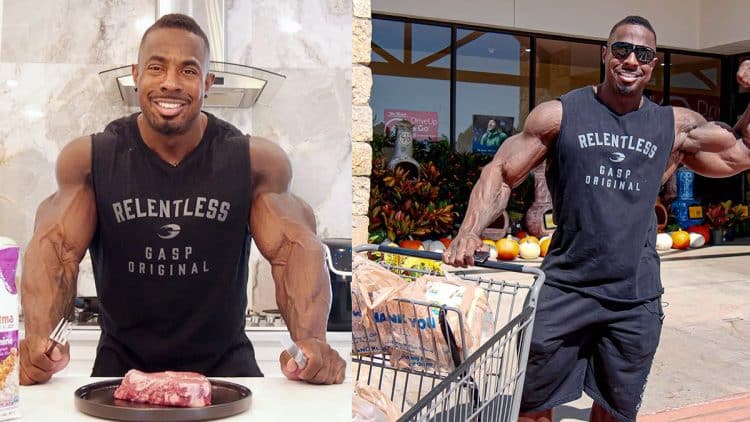 Joe Mackey is one of the strongest athletes in the professional bodybuilding community. The Men’s Open division standout boasts a jacked physique and has recorded some insane lifts over the years. In a recent video uploaded on YouTube, Mackey shared his grocery shopping list for packing on the pounds in the off-season.

Mackey first gained popularity for his full chest and gigantic arms that were on par with the best participants in the IFBB Pro League. After being placed 12th at the 2021 Chicago Pro, Mackey decided to step away for some time and work on bringing a better package.

Joe Mackey was looking incredibly shredded in a physique update that had fans excited for his appearance at the 2022 IFBB Tampa Pro. He got the chance to workout with his coach Milos Sarcev ahead of the contest, who also guided him with posing instructions. He finished fourth-place and made a quick turnaround at the Texas Pro just a week later, where he finished ninth.

He is renowned for his deadlift strength. In April, Joe achieved a goal he had set for himself when he recorded a massive 900-pound raw deadlift PR. He dedicated the lift to the late bodybuilding legend Cedric McMillan after his recent passing. Joe only used wrist wraps, and a custom lifting belt, which had motivational quotes etched into them. He performed the deadlift in a conventional stance and had a hook grip.

Joe took his talents to three-time World Bench Press Champion C.T. Fletcher’s strength festival, Iron Wars VI. He smoked an 850-pound (385.5-kg) deadlift at the show. He admitted he was a bit gassed out but was determined to represent Texas and followed up with 21 reps of 500 pounds (226.8 kilograms) after a brief pause.

In a recent video posted on Muscle & Strength’s YouTube channel, Mackey shared his grocery list for muscle growth in the off-season.

Mackey has been crushing training after not deadlifting for months. In August, he lifted 725 pounds on the deadlift for 3 reps in training. He followed it up by smashing a massive 820-pound deadlift for 2 reps. By the looks of his diet, he’s keen on staying in amazing shape.