Mackey is turning up the intensity after not deadlifting for months: "just having fun picking things up and putting them down again" 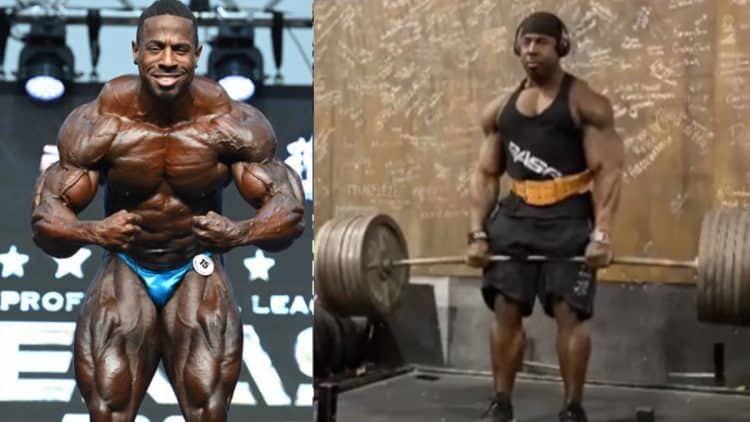 Bodybuilder Joe Mackey continues to turn heads courtesy of his impressive feats of strength. In a recent Instagram video, Mackey deadlifted 725 pounds for reps during training.

With over a decade of experience in the sport of bodybuilding, Mackey has learned the proper techniques necessary for lifting heavy weight. In addition to his strength, Mackey has made a name for himself in the IFBB Pro League. His massive arms and full chest have earned him a reputation for having one of the best upper bodies in the Open class division.

In 2019, Joe earned 11th place at the New York Pro. While he didn’t finish on the podium, he presented a stellar package on the east coast that arguably showcased some of the best conditioning of his career. Despite the unfavorable result, Mackey returned for one show the next year, where he landed in eighth at the 2020 Tampa Pro.

Last year, he took his talents to the 2021 Chicago Pro and earned 12th place, respectively. Following the result, Mackey took time away from the stage to build an even better physique. In April, the bodybuilder hit a massive 900-pound raw deadlift PR in training, which he dedicated to the late Cedric McMillan. It appears his relentless training efforts were not in vain.

So far, this year has been more active for the rising Open competitor. He kicked off the season with a fourth place finish at the 2022 Tampa Pro. While he brought a refined package to the Texas Pro a week later, he was outgunned by other Open standouts like Steve Kuclo, Martin Fitzwater, and Andrew Jacked. After a busy few weeks, Joe is back at the gym doing what he loves.

In a post made to Instagram on Thursday, Joe Mackey showed off his insane strength by pulling a 725-pound deadlift for reps.

“725 for sets of x3 for a light back day today.
First day deadlifting in months
Just Having fun picking things up and putting them down again.” Joe Mackey wrote.

According to Mackey, he hasn’t practiced deadlifting in months. The lift was performed using wrist wraps and a lifting belt. Mackey is known for his strength, especially when it comes to deadlifting. Bodybuilding guru Milos “The Mind” Sarcev was impressed with Mackey’s recent lift and laughed at the bodybuilder saying it was a ‘light day.’

Joe continues to prove why he’s one of the strongest Men’s Open bodybuilders in the league. After showcasing incremental improvements to his lifts, Mackey’s intends to do the same for his physique in the coming weeks.

Following a 725-pound deadlift for reps, it appears Joe Mackey’s strength is building. Should Mackey continue to train with this type of intensity, improvements in bodybuilding will likely follow.