Calum Von Moger urges people to ‘go seek help’ if they feel hopeless in life, thanks everyone who followed his journey 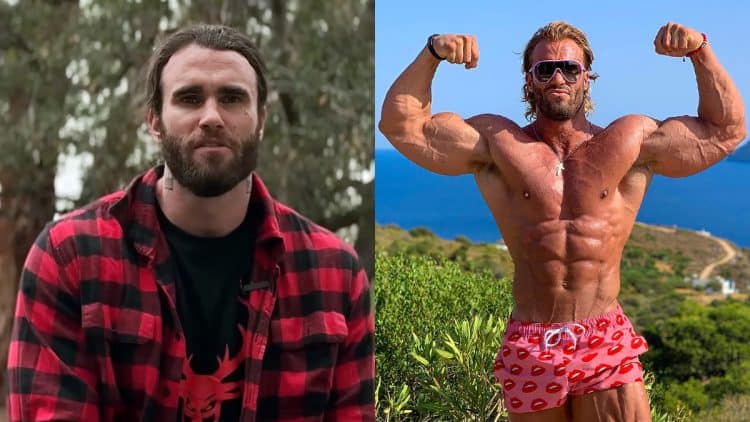 Bodybuilder Calum Von Moger has left his past mistakes behind and is now looking forward to facing life with renewed vigor. The Australian shot to fame due to his portrayal of legendary bodybuilder and 7-time Mr. Olympia Arnold Schwarzenegger in the 2018 film Bigger. The 32-year-old won the 2020 NPC Mr. Universe title in Charleston, North Carolina. However, a knee injury forced him on the sidelines for the rest of the year. His life started to fall apart at the same time. He got involved in a custody battle that same year after having an unplanned child. Described earlier as Arnold Schwarzenegger’s successor, Von Moger hit an absolute rock bottom in 2022.

Calum sustained severe injuries in May of 2022 when he jumped from the second storey of a building while under the methamphetamine influence. He was rushed to the ICU and remained in a coma for six days. The nature of the injuries was so serious that there were concerns about his ability to ever walk again. Von Moger recovered completely but another run-in with law was waiting to unfold. The Australian bodybuilder had been caught by a police officer for possession of illegal substances in a bizarre road rage incident in January 2022.

He pleaded guilty to the charge soon after leaving the hospital. But he started collecting himself together soon after and decided to go to a recovery center. Calum Von Moger recently announced that he got all the help he needed to bring his life back on track. He plans to make a comeback in 2023. Moger opened up about the dark phase of his life in a recent YouTube video and apologized for letting everyone down with his actions.

Calum Von Moger sheds light on his mistakes, urges people to seek help if they ever feel hopeless

Moger admitted that his mistakes have let down his family and friends. It is not easy for him to ignore those thoughts completely as of yet. However, the Australian bodybuilder did not want to show any weakness during a tough phase of his life. So he kept the emotions bottled up and the outburst of those emotions resulted in his mistakes. It gives him a little bit of solace to know that but he does not justify his mistakes.

“That is my biggest regret… Probably not speaking up about it earlier or maybe not seeking some help about it and talking to someone. Unfortunately, I went down the wrong path which was obviously detrimental to my health, to my physical and mental well being,” Moger said.

Moger started down the wrong path of partying and picked up wrong habits that eventually spiraled out of his control. The substance abuse and wild lifestyle eventually resulted in him jumping out of the window. Apart from injuring the spine, the 32-year-old sustained cuts/bruises all over his body due to the glass. According to the reports, he was immobile and unresponsive when they admitted him to the ICU.

“That resulted in me accidentally hurting myself. I never intended to be hospitalized or break my back, messing my arm and stuff. That was the biggest wake up call for me when I woke up out of the coma, six days!” Moger continued.

The Australian felt ashamed of himself and decided to re-evaluate and assess his life. He took a big step back from social life and work. Family’s support at this lowest point of life came as a ray of hope for Moger as he went to a recovery center at his mother’s suggestion.

“I highly recommend anyone who’s struggling with any kind of mental health problem or problems with drugs and alcohol, if you’re in a bad way or you feel like there’s nothing out there, go seek help. Go to a recovery center. After I came out of that I felt completely brand new again like a fresh mind and focused, driven and stuff,” Moger added.

Calum Von Moger gave a heartwarming message to his followers in the end. But most importantly, he urged people to talk and seek help if they ever find themselves in difficult situations.

“I’m extremely grateful and appreciative of all of you who have followed my journey. Some of you have been behind me since day one for several years. I want to express my gratitude to each one of you who have reached out in times when I wasn’t doing so well.”

Calum Von Moger apologized for his absence from the sport and expressed his desire to help other people who are dealing with life problems. With all the troubles now in the past, the Aussie bodybuilder is looking at life with a positive attitude. We at Fitness Volt wish him the best of luck in his future endeavors.

Weighted Pull-Up and Chin-Up Exercise Guide: How To, Benefits, Muscles Worked, and Variations