Hall is planning to make his bodybuilding debut in the latter part of 2024. 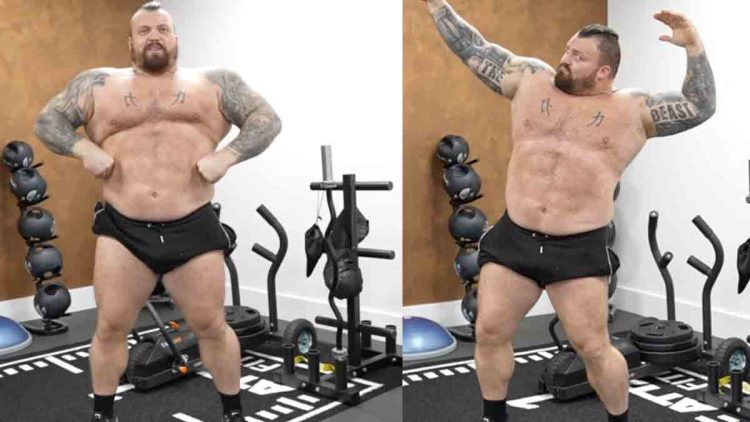 In terms of strength and power, Eddie Hall is a household name. He is a former professional strongman and the 2017 World’s Strongest Man champion. Having dominated the strongman world for many years, Hall is now making the transition to bodybuilding.

Hall first made a name for himself in the strongman world when he became the first person to deadlift 500 kilograms (1,102.3 pounds) in 2016. This feat was an incredible accomplishment and it put Eddie on the map as one of the strongest men in the world. Unfortunately for him, his record was broken by Hafthor Björnsson in 2020, which stands to this day as the All-Time World Record of 501 kilograms (1,104.5 pounds).

Eddie Hall’s transition to bodybuilding is an interesting move, as he has been a strongman for many years. He has stated that he wants to focus on bodybuilding because he believes it will help him become a better athlete. Eddie announced the announcement on his Instagram, but explained the reasons behind it on YouTube.

Eddie Hall hasn’t been focused on a proper goal ever since his boxing match against Hafthor Björnsson, which he lost by a unanimous decision. So, after watching the 2022 Mr. Olympia live, he got inspired to try out bodybuilding.

“The Olympia was just last month in Las Vegas and we saw the likes of Big Ramy and Chris Bumstead on the stage looking absolutely phenomenal. And it’s something I’ve never done… It’s something I’m gonna try my hand at just to see where I can get to.”

Eddie Hall believes he will be successful in bodybuilding because his muscle groups are already extremely developed, but he is planning to further uncover them by dropping his fat percentage.

“I’ve held the muscle mass… Obviously, having deadlifted 500 kilos, you know the rhomboid muscles and everything are going to be massive, and they are going to be easy to get big again.”

“I’m going to do a big bulk, get all my muscles big and juicy again, then we are going to do a trim. Hoping to get on stage sort of the back end of next year. So, probably October, November, or December.”

Eddie Hall admits that he knows nothing about bodybuilding, since he has always trained for strength and performance. However, he will contact some of his bodybuilding friends, including the likes of Martyn Ford and Ryan Terry, to help him in his journey.

“Gonna now have to ask for help from some of my bodybuilding friends with going on this journey. Say, Jamie Johal, Martyn Ford, got quite a few pals on the bodybuilding game I can link up with… I am a bit clueless with that kind of thing (training for bodybuilding).

Related: Eddie Hall Explains How Exercise Helped Him Manage His ADHD: ‘I Was Definitely a Victim of That’

Eddie Hall has shown his expertise in Strongman, swimming, and boxing, so there is no doubt that he will be successful in bodybuilding as well. He would not be the first former Strongman to make a transformation, as his fellow countryman Terry Hollands also got shredded and took part in some bodybuilding competitions.