Australia's von Moger is on 'the road to recovery' after checking into rehab a week ago and it remains unclear how long his stay will be. 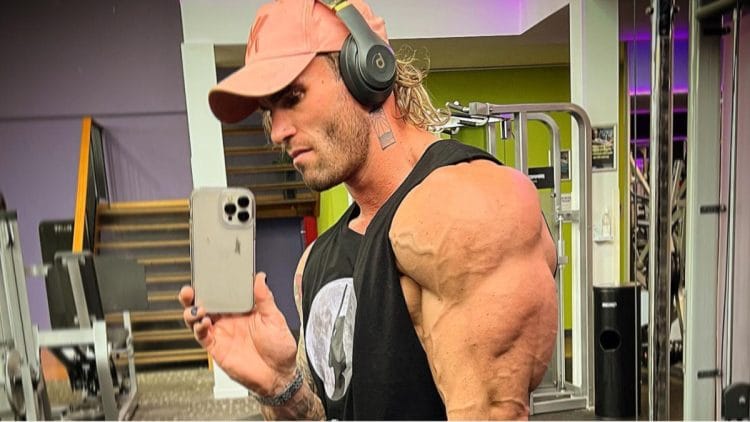 Calum von Moger, a three-time Mr. Universe winner has checked himself into a rehab facility in his latest effort to fight against his drug addiction. In a recent video made to Instagram, von Moger’s team answered some questions about the situation and provided an update on his path to recovery.

This year has been littered with challenges for von Moger, who made headlines last month for jumping out of a two-story window and injuring his spine before being rushed into the ICU. Shortly after the incident took place, von Moger was at risk of never being able to walk again without assistance. As of this writing, it’s unclear if von Moger was attempting to kill himself, though many suspect that to be the case. Weeks after the scary ordeal, the 32-year-old was discharged from the hospital with the ability to walk unassisted.

On the mend, von Moger was immediately scheduled for a court appearance after being pulled over by a police officer back in Jan. During the stop, the police officer noticed more than just von Moger’s car not being registered. Police promptly called for backup and found testosterone, needles, cannabis oil, white crystal powder, prescription drugs, and Viagra in the vehicle. In the end, von Moger pleaded guilty to possession of a number of drugs including methamphetamine.

This isn’t the first time Calum von Moger has found himself in trouble with the law. He reportedly chased someone down with a machete after an alleged road rage incident. As a result of the chaos, the Australian native vowed to get his life in order, with intention of becoming a better person. While von Moger has just started on his path to recovery, his team is confident that he will come out on top of this despite the long and arduous road ahead.

In a recent Instagram video, Calum’s manager ‘Popeye’, who has worked with him for over ten years, revealed that Calum has been in a rehabilitation program for over a week now.

“Some of you guys may know me, my name is Popeye. I’ve been working with Calum for almost ten years now. Management, representation, contract work, attorney of fact, and we just wanted to bring you guys an update.  It’s one of the questions we get on a daily basis at team von Moger.

How is Calum doing, is Calum okay? Some great news for you guys. Calum is on the road to recovery. It’s been a week now since he checked himself into a facility. I’m very excited about that. It will be a long road. It’s a long process.” ‘Popeye’ shared.

According to ‘Popeye’, ‘idiot YouTubers or Instagrammers are slandering von Moger’s name for clicks.

“We will continue to be a positive light and regardless of how dark it’s been lately. I’ll tell you, 60 percent of the stuff that’s out there has no base. It’s idiotic. These idiot YouTubers or Instagramers or influencers that think they’re trying to make their name off Cal. Popeye explains. It’s heartbreaking to see people act that way, be that way. Try to get some clickbait.”

As with any drug addiction, the battle is a lifelong endeavor. A person’s ability to abstain and recover varies, so ‘Popeye’ is unsure how long von Moger will stay at the rehab facility.

“Right now, we don’t know if you guys will hear from him personally… in eight weeks, 12 weeks, six months, a year… the best thing for him is to recover. Is to go through this process.”

Before wrapping up the statement, ‘Popeye’ thanked von Moger’s legion of fans who eagerly await updates from the popular bodybuilder, model, and actor.

“I know from the messages we receive every single day; he continues to inspire, and he will continue to inspire regardless of what that ends up being. We thank you guys. Again, we’ll have more news for you guys soon. We apologize that it’s taking this long to get a message out to you guys. I’m happy we were able to now.”

Fellow Australian retired bodybuilder Lee Priest was the latest to give his thoughts on von Moger’s ongoing situation. Priest wishes von Moger ‘nothing but the best’, suggesting that these types of issues can happen to just about anyone. In addition, the bodybuilding veteran explained that once addiction gets a hold of a person, they become trapped in a ‘vicious cycle’.

With a second chance at life, von Moger has a chance at redemption and expressed gratitude to his fans for sticking by his side. Following an update from his team, von Moger appears to be well on his way to recovery.

The Best Shoulder and Bicep Workout for Strength and Size