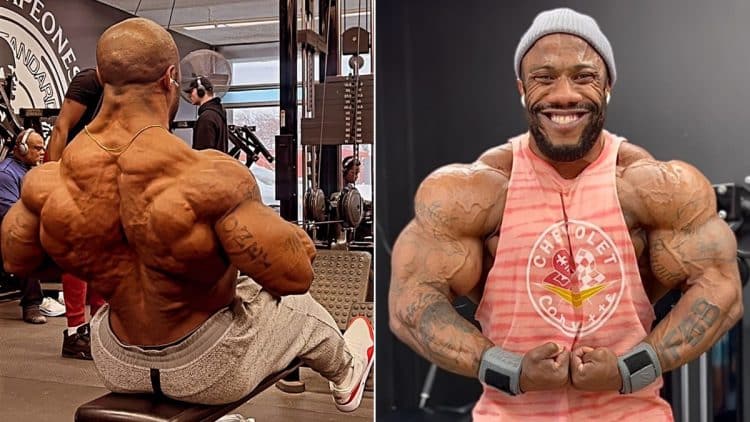 Bodybuilder Charles Griffen is set for battle at the upcoming 2022 Olympia, scheduled for Dec. 15-18 at Planet Hollywood Resort & Casino in Las Vegas, Nevada. In an interview with RxMuscle, Griffen shared his ambitions for the nearing contest and said he plans on making a statement.

Griffen first gained attention for his impressive physique on the regional circuit. He scored the first win of his career in 2015 at the NPC National Championships in the Heavyweight category. In 2018, he started with a win at the IFBB Muscle Mayhem and placed runner-up at the IFBB Indy Pro. He placed 13th in his debut at Olympia as a Men’s Open competitor.

Griffen took the seventh spot at the 2019 IFBB Tampa Pro before stepping away from competition briefly. After the hiatus, Griffen marked his return to action at the 2021 IFBB Tampa Pro, where he secured third. He continued to gain momentum and put on a significant amount of muscle mass in the off-season.

He made his way to the 2022 IFBB Indy Pro and presented an astounding package. However, he missed out on first to rising prospect Blessing Awodibu. He later secured his invite to the Olympia after a dominant performance at the 2022 California Pro, where he walked away with gold.

In an interview, Charles Griffen announced that he would shock everyone at the upcoming 2022 Olympia.

“I’m probably anywhere about six to eight pounds heavier on stage. I’ve been counted out of the top 10 my whole career. I always got to prove myself so it isn’t anything new from what I had been doing previously. It is what it is. I’m going to wake their a** up, shock them, and they’re going to eat their words. That’s what it’s all about.”

He opened up on the progress he had made and targeted a top-ten finish in the Open division, which is known to host some of the freakiest mass monsters in the world.

This year’s season is turning out to be one of the most competitive in recent years. Reigning two-time Mr. Olympia Mamdouh ‘Big Ramy’ Elssbiay will look to defend the title and add a third trophy to his cabinet whereas rising sensations like Michal Krizo and Andrew Jacked will look to make a mark in their first appearances on the biggest stage in bodybuilding.

Many fans are counting down the days until they see Griffen and Blessing Awodibu battle for a second time. Not to mention a host of other contenders will battle next week like former Olympia champion Brandon Curry, Nick Walker, and Samson Dauda. It will be exciting to see the package Griffen brings this year and how he stacks up against other talent in the Open class.