The three-time Mr. Olympia discussed the alarming trend in bodybuilding and tackled the natty or not debate raging around Mike O'Hearn. 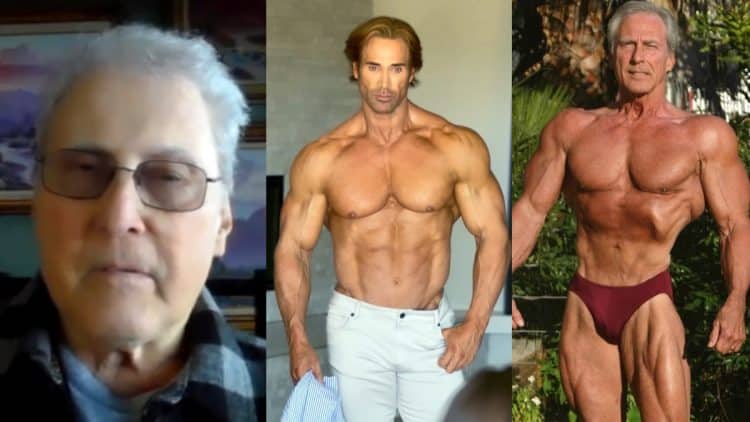 Bodybuilding legend Frank Zane carved out a wildly successful career in the IFBB and witnessed the sport change throughout his life. In a recent interview, the three-time Olympia discussed Mike O’Hearn, the recent wave of bodybuilding deaths, and the role of steroids in the sport today.

Zane was a three-time Mr. Olympia winner (1977,1978,1979) and made a career out of blending symmetry, proportions, and balance. His aesthetic physique led him to success countless times, and he’s shared the stage with iconic names such as seven-time Olympia winner Arnold Schwarzenegger, Lou Ferrigno, and Franco Columbo.

At 80 years old, Zane’s love for bodybuilding hasn’t gone anywhere. Through the years, he’s imparted workout knowledge to the world and has even been spotted helping Mike O’Hearn out with some useful albeit unconventional training techniques.

In the last two years, there have been a frightening number of deaths shaking the sport’s foundation. Former Mr. Olympia Shawn Rhoden and George Peterson both died before 2021 Mr. Olympia could take place. And as of this year, that trend continued. In March, steroid enthusiast Bostin Loyd died at 29, and Cedric McMillan passed away at 44.

As a result of so many deaths, notable figures in the sport like Kali Muscle and Seth Feroce, are calling attention to the lethality of steroids. In fact, they’ve mentioned that any bodybuilder using gear is risking their life and playing with fire. One of the latest retired pros to give their thoughts on the matter is Zane, who also discussed Mike O’Hearn’s claim of being natural in a follow-up segment.

Frank Zane Reflects on How Steroid Use Has Changed, Says Implants and Synthol Are Forms of Cheating

‘The Chemist’ says a lot has changed in regard to steroid use since his bodybuilding days, which took place mainly from the 1960s-1980s.

“I really didn’t do a lot of that [blood work], more towards the end. Yeah, they’re [bodybuilders today] are on the upper end of the spectrum, it makes sense to do it if you’re going to go to those extremes,” says Zane. “In my day, there really wasn’t much around. There was oral steroids like Dianabol and Anavar. Then, there were injectable steroids like Primobolan Deca Dubabolan, or even straight testosterone.”

He said hormone replacement clinics existed back when he competed.

In retirement, Zane stated he stays away from testosterone replacement therapy (TRT) because testosterone is ‘feeding cancer’.

“I take medication to keep my testosterone low because cancer feeds on testosterone so, if you’re taking testosterone, you’re feeding cancer. So that is a concern,” said Zane.

While some competitors have used Synthol and/or implants in the past, Zane believes that’s a form of cheating.

“Basically, if they take steroids [female competitors] won’t look that feminine after a while. [Synthol] is cheating. Any implants are cheating,” Zane shared. “[Synthol] is not a good idea. How crazy do you have to be to do that. It can’t be good for you.”

Zane’s Reasons For Bodybuilding Deaths: They Are ‘Overdoing It’ and Rushing to ‘Pile On Muscle’

Zane encouraged bodybuilders to take their time building physiques instead of dangerously rushing the process.

“I think they’re [bodybuilders today] getting bad advice from somebody and they’re overdoing it. Their blood pressure goes through the roof, and something happens. My motto has always been take your time and do a good job.

Let your bodybuilding career last over time and improve incrementally. Not all at once.

I guess, it seems to be that way [that the sport looks the other way regarding drugs].”

When asked about Mike O’Hearn’s lifetime claim of being natural, Zane was doubtful and suggested that if it’s not to someone’s benefit, people usually don’t admit to using drugs.

“He probably could be the next big thing in bodybuilding if he chooses to do that. Mike O’Hearn. “Well, he’s 53. He’s still right on top of the world. He’s I think 275 pounds.

“Well it’s not to their advantage to admit it, so a lot of people don’t admit it. But it’s none of my business. What they do is what they do,” says Frank Zane. “They do what they need to do. If everybody is doing it, they want to level the playing field. It’s a disadvantage if everyone is doing it.”

Zane isn’t the only Golden Era veteran who took a closer look at O’Hearn. In late Oct., former Mr. Olympia Samir Bannout challenged O’Hearn’s claim that testosterone doesn’t decline in all men as they age. Bannout believes it does and mentioned he’s also unsure of O’Hearn’s ‘natty or not’ status.

Zane always provides useful insight even when addressing controversial topics. Bodybuilding has changed a lot since his prime. Instead of rushing to add muscle, Zane advocates for others to take their time building a physique.