Michael Krizo is in the process of adding the final touches to the physique that he hopes will make him stand out from the rest. 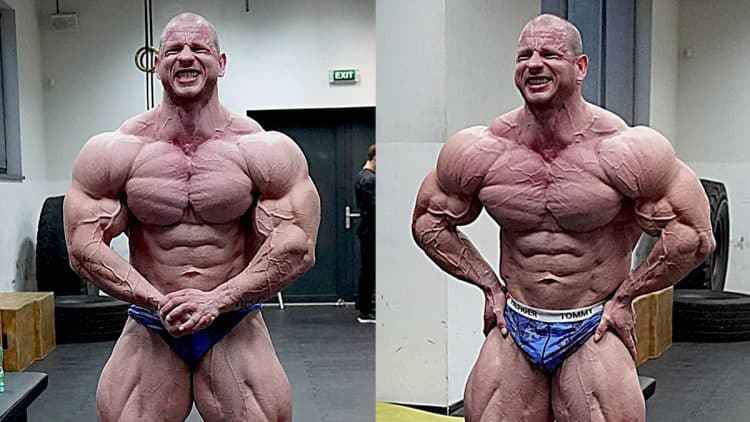 Slovakian bodybuilder Michal Krizo generated a lot of buzz in the IFBB Elite Pro League before making his highly-anticipated switch to the NPC earlier this year. In a recent Instagram post, Krizo shared an insanely shredded physique update just ten days out from the 2022 Olympia.

Rising prospect Michal Krizo first gained popularity for his crazy size, muscularity, and symmetry in the Elite Pro League. He boasts one of the best arms in the sport that many believed could challenge the top contenders of the Men’s Open division, which is known to host some of the freakiest mass monsters in the world.

Krizo turned in one of the most exciting seasons after his switch to the NPC. He kicked things off with a dominant performance at the 2022 Amateur Olympia Italy to earn his IFBB Pro card. Then, he made his way to the Czech Republic for the EVLS Prague Pro, where he earned another commanding victory and received a direct invite for the nearing Olympia. Although Krizo stood out as the clear winner on stage, he drew some criticism about the level of his conditioning.

Bodybuilding legend Jay Cutler is convinced Krizo will be a problem for the division and backed him to be a real threat at the Olympia. According to the four-time Sandow trophy winner, Krizo has the potential to be in the first callout in his maiden Olympia appearance.

Men’s Open standout Iain Valliere was not particularly excited at Krizo’s addition to the lineup. He criticized a post on social media comparing Krizo to reigning two-time Mr. Olympia champion Mamdouh ‘Big Ramy’ Elssbiay upon his entry. Krizo fired back at Valliere, calling him a ‘crybaby’ before declaring he’d make a statement at the competition.

In a recent post uploaded on Instagram, Michal Krizo shared a jacked physique update just ten days out from the 2022 Olympia, scheduled for Dec. 15-18 at Planet Hollywood Resort & Casino in Las Vegas, Nevada.

Krizo can be seen showing off his signature muscle definition while looking insanely peeled.

“Some most mosculars after chest training and posing.”

Former Mr. Olympia champion-turned-analyst Samir Bannout believes the competition for the Olympia is going to be more intense. He extended his support for the surging mass monster and stated Krizo could upset a lot of people at the show and shake things up in the division.

Michal Krizo arrived in the country last month to get ready for the final four weeks before the biggest show in bodybuilding. He gave fans a look into his preparations for the show while boasting his massive quads in a lower body training session. Earlier this week, Krizo shared another workout update two weeks out from the 2022 Olympia. He went through a grueling training session that targeted his hamstrings, calves, and abs.

If the latest update is any indication, Krizo may have silenced the doubters with a significantly improved level of conditioning since his win at the EVLS Prague Pro. He will look to tweak his nutrient and water intake as well as add the final touches to bring his best form at the Olympia.