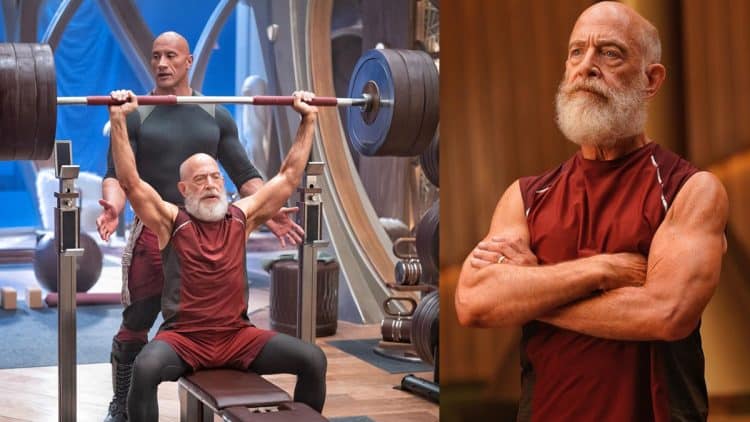 Dwayne ‘The Rock’ Johnson boasts one of the best builds of any celebrity in Hollywood. The multi-talented actor is renowned for his unreal dedication to staying fit and maintaining a strong work ethic. In a recent Instagram post, Johnson shared a workout photo with Academy Award winner JK Simmons from the set of the upcoming Christmas action comedy show, Red One.

‘The Rock’ first made headlines for his brash personality and athletic abilities in the wrestling ring as a WWE superstar. He found his passion for acting in the mid-2000s and decided to fully embrace the silver screen. It didn’t take long for Johnson to find success as an actor as he delivered multiple blockbusters and topped the list for the highest-paid actor for two years straight in 2019 and 2020.

Johnson is one of the most influential stars on the planet with more than 352 million followers on Instagram. He preaches a philosophy of being the hardest worker in the room and regularly motivates his fans with late-night workout videos, which are often shot at his home gym called Iron Paradise. 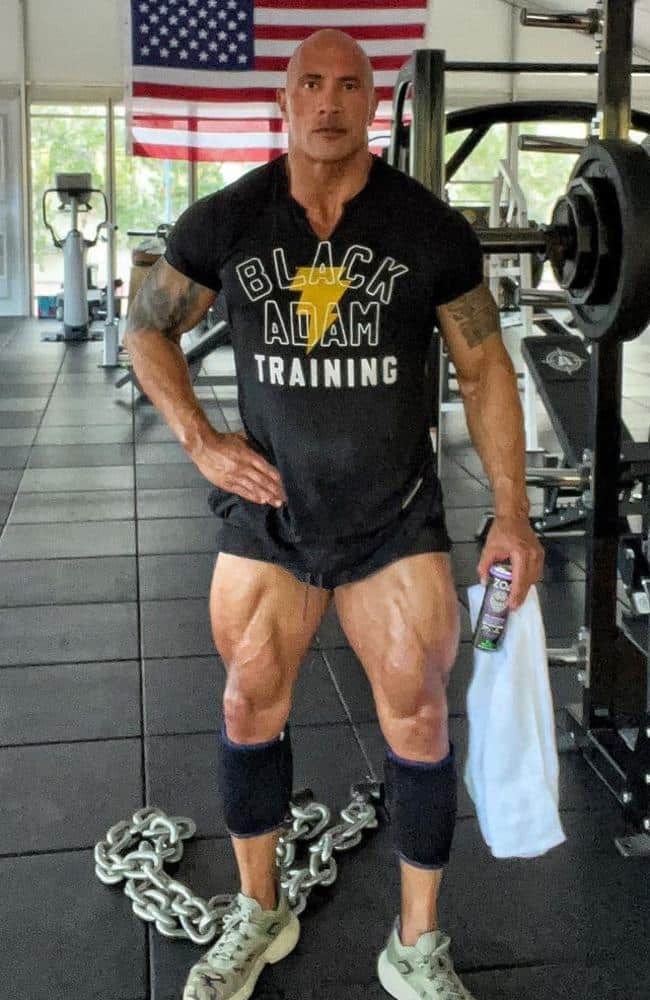 The Rock gave fans a look into how he developed the massive quads for his role in the recent DC comic book adaptation film Black Adam. He shared a workout consisting of five rounds of modified step-ups that he liked to use frequently.

Johnson joined forces with NFL player Aaron Donald in October for a training session at the LA Rams gym. They kicked the workout off with a brutal warm-up of spill-stance dumbbell rows using a 100-pound dumbbell to perform three nonstop sets of 20 reps on each arm.

In a recent Instagram post, Dwayne ‘The Rock’ Johnson shared a workout photo with A-list actor JK Simmons from the set of the upcoming action comedy show, Red One.

Johnson can be seen helping an absolutely jacked Simmons, who will play a bad Santa in the project, power through a workout at the North Pole.

Red One is currently in production with a release targeted sometime next year. Jake Kasdan serves as the director for the new alternate rendition of Christmas. Marvel superstar Chris Evans stars alongside Johnson and Simmons, along with Kiernan Shipka, Lucy Liu, Mary Elizabeth Ellis, Nick Kroll, and Kristofer Hivju.

“Ladies, gentlemen & children of all ages.. the coolest, strongest, kindest, most bad ass, most loving & most OG Santa Claus of all time. Brought to life by Academy Award winner, J.K. Simmons who worked his ass off for months to step into this iconic role in AMAZING SHAPE for our Christmas franchise film, RED ONE. We’re having a BLAST and so will you and your families when you see our movie!!”

After following a strict diet regimen for long periods of time, The Rock does not shy away from rewarding himself with epic cheat meals. Last month, fitness influencer Will Tennyson tried out five of Johnson’s monstrous cheat meals for 30 days, including the pineapple coconut pancakes and the sugar train.

Last week, UFC color commentator and podcast behemoth Joe Rogan urged The Rock to come clean about his alleged use of steroids after internet sensation Liver King got exposed for juicing.