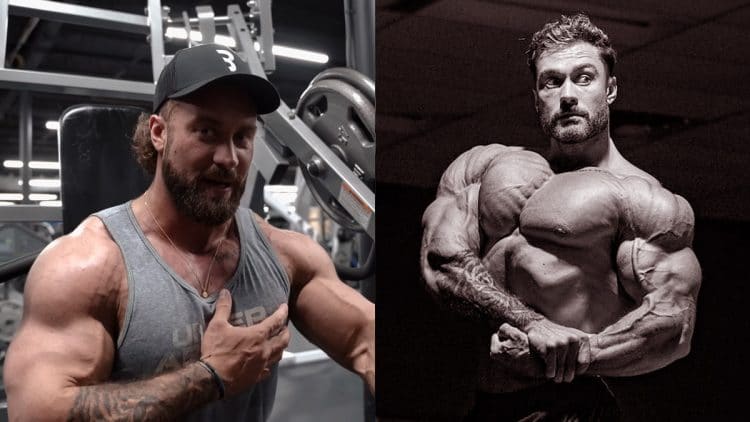 The three-time Classic Physique Olympia champion Chris Bumstead recently shared a chest workout that emphasized on incline movements. Bumstead earned the IFBB Pro card with a first-place finish at the 2016 IFBB North American Bodybuilding Championships. He made his professional bodybuilding debut with an astonishing second-place finish at the 2017 Olympia. After producing similar results the following year, Chris Bumstead went on to emerge as one of the most dominant champions and won the Olympia Classic Physique title in 2019, 2020, and 2021.

The 27-year-old phenom will attempt to make it four straight wins when the Olympia competition returns to its home in Las Vegas, Nevada from December 16th to 18th in 2022. He is currently in a bulking phase to add necessary muscle mass and putting on work to make major improvements to his physique. The off-season training to make history is going on. Bumstead recently went through the chest workout at the Revive gym as a part of his training routine. He posted the video of this training session on his YouTube channel.

In the beginning of the video, Chris Bumstead stated that a full chest matters a lot in the Classic Physique division. He added that the chest workout will include a lot of incline movements. The upper pec is the most important part of the chest for a fuller and muscular look and incline movements target the upper chest to a greater extent. This explains the emphasis on incline movements in this workout.

Bumstead started the session with incline pressing on the ‘God sent’ Smith machine. This movement served as the warm-up for the grueling session that followed. Chris Bumstead gives utmost importance to the mind-muscle connection and reiterates its importance often. While speaking about incline press on Smith Machine, Bumstead said:

“As I warm up with these, partly for my shoulders, partly for good form and the mind-muscle connection. I’m really trying to squeeze my shoulder blades like really far.”

Bumstead elaborated on his technique for pressing that allows to squeeze the shoulder blades far. The 27-year-old said that he tries to bend the bar while lowering (the wrist movement mimics that of trying to bend the bar from the middle). He then pauses momentarily at the bottom to keep the chest engaged. While lifting the bar, Bumstead powers it all the way up with explosive movement so that the chest muscle does all the work and other supporting muscles don’t engage to a greater extent.

According to Chris Bumstead, this technique:

Chris Bumstead added that you feel weaker when you perform the reps in this manner. However, he explained that it also means your efforts are more concentrated on the target muscles, in this case – pecs.

After two working sets, Chris Bumstead performed one drop set on the machine and moved on to the next exercise.

Chris Bumstead next performed the seated cable fly movement in his chest workout. It is an isolation movement that targets the pectoralis major – the large muscle that covers most of the upper chest.

Bumstead explained the correct technique for this workout in a detailed manner before starting the workout. He said that the elbows have to be perfectly aligned with the cable during the reps. This enables the weight to be ‘always stacked on you.’ If the elbows are kept low, it might have a negative impact on rotator cuffs as the load does not distribute the way it is supposed to for isolating the pectoralis major.

“This is just the easiest way to do that. You get a full range of motion. Full stretch, you’re strong in the pressing movement. But you also have the fly together with the cable still having tension for the contraction,” Chris Bumstead said.

Chris Bumstead performed two sets of this workout with a drop set. This became the trend for the majority of the workouts in this particular chest workout session.

Chris Bumstead contemplated doing push-ups after the seated cable fly. However, he moved on to the incline machine press next. The three-time Classic Physique Olympia champ stated that he prefers to lower the seat on the incline press machine so that the resultant movement enables him to press higher up. This setup gives a tight contraction in the upper chest and isolates the target muscles to a greater extent.

While explaining the rep range and sets for this movement, Bumstead said:

“I’m gonna stick with three plates, try and hit 10 (reps) for three sets total. If I feel spicy at the end, I might drop it down to two sets, two-plate drop set. But same old BS!”

After the last set, Chris Bumstead did an isometric hold. He explained the isometric hold before moving on to the next exercise and said:

“After a set where you fail, you stop for a second and push as far as you can. Hopefully you can get half a rep, contract whatever muscle i.e. pec in this instance and just squeeze in hard flexing your muscle as hard as you can – at least like ten seconds.”

Chris Bumstead finished the chest workout with the traditional pec deck fly. Bumstead performed three sets of this movement to wrap up the session.

Bumstead will face a tough challenge at this year’s Olympia when he steps on stage to defend his Classic Physique title against the likes of Terrence Ruffin, Ramon Rocha, Urs Kalecinki, and Breon Ansley (last contest).