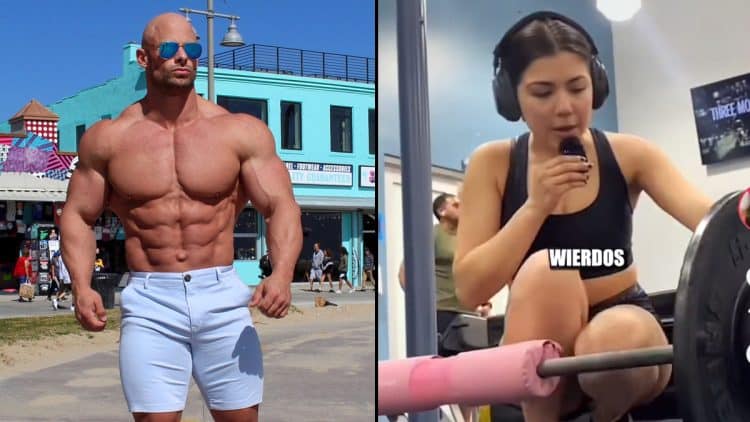 Social media fitness influencer Jessica Fernandez made headlines for a clip she posted on TikTok labeling a fellow gym-goer as a creep for glancing at her. In a recent post made on Twitch, Fernandez issued an apology for her actions after getting called out by the fitness community and Joey Swoll.

TikTok has become arguably the most popular social media app in the last few years. With the rise of the platform, fitness influencers have started crafting engaging content. Joey Swoll is among them and has taken the initiative in pushing back against poor gym etiquette or what he calls toxic gym culture.

Last June, another instance with a different female TikToker ocurred showing her in a heated argument with a gym worker whom she accused of being a pervert for staring at her. She implied he was checking her out as she changed into her gym gear but many on the Internet disagreed. Swoll refuted her allegations and said the man did not harass her. Moreover, he called on her to think about the damage she could cause to someone’s reputation just for some engagement online.

In another case, a TikTok ‘Karen’ snapped at a gym-goer who left the squat rack he was using. She insulted the man in disrespectful manner and even tried to get his membership revoked. Swoll took issue with the way she spoke to the man. Although he agreed nobody should leave the equipment they’re using unattended, he thought she had no right to berate him after his apology.

Bodybuilder Charly Joung found himself in a similar situation when he tried to work on his posing at a gym last September. Another man was not happy with Joung’s posing and harassed him for being shirtless at a public gym. Swoll weighed in by sharing that different gyms have different rules.

Female TikToker apologizes after getting called out by Joey Swoll

Female TikTok influencer Jessica Fernandez went viral recently after she insulted a fellow gym-goer for allegedly ogling her. She even cursed at the man when he offered to help her add weights to the barbell. Many users, including Swoll, chimed in with their disapproval of her actions.

In a recent post made on Twitch, Fernandez admitted she was wrong for mislabeling the man in her video a “creep.”. She expressed remorse for damaging the innocent man’s reputation.

“First of all, I want to apologize sincerely to the man at the gym where this all started,” she wrote. “He didn’t do anything wrong to me and I blew our interaction out of proportion. I know many people think that I’m only apologizing because I got called out from the video I posted and this is half right. If I wasn’t called out for this video I wouldn’t have had the chance to learn from this mistake or even realize I made a mistake to begin with.

“When I first posted the video I felt I was completely in the right and I felt I was making a good attempt to connect and relate to my female audience who may have dealt with uncomfortable situations at the gym. And now after reading literally thousands of comments about me, the situation and the man in question it truly opened my eyes to how damaging this could have been for him.

“Men and women deal with very different problems in the realm of the opposite sex and after looking through the lens of an innocent man put in a situation like that. It honestly made me feel sick to my stomach with guilt, she said. ”Thank you for the wakeup call.”

She thanked Joey Swoll and his fanbase for educating her to do better.

“Again, because of the wakeup call given to me by mainly Joey Swoll and his community. I think it’s important to call people out on their mistakes and in the words of Joey help them “Do better”. This is exactly what I plan to do with not just my content but my life moving forward.”

Women are harassed in gyms and it needs to stop, but you are not one of them. An act of kindness or a glance does not make you a victim. pic.twitter.com/34g9265KXb

As of late, Joey called out another female TikToker who mocked gym-goers for grunting loudly at the gym. He also put another person on blast for refusing to share equipment in between supersets.

Hopefully, more people take inspiration from Fernandez’s apology and join Swoll in his movement to make the gym a safe space for everyone.