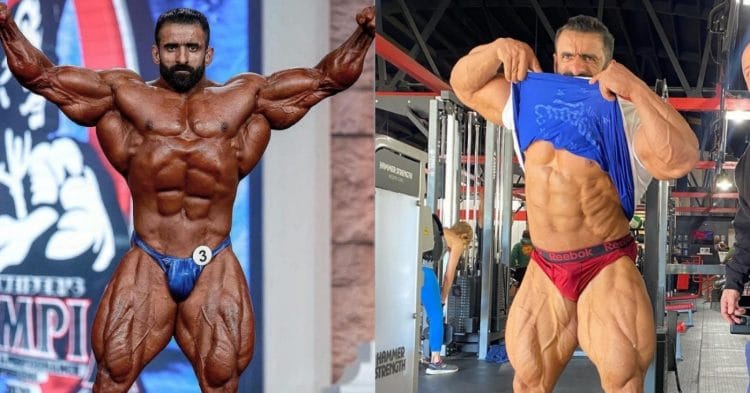 After scoring third place at the 2021 Mr. Olympia, Hadi Choopan is wasting no time trying to make some improvements for next year. He has already kicked off his prep mode for the 2022 season, and he looks massive.

Choopan came in third place at the Olympia this year, with many people feeling that he should have placed higher. He looked as good as he ever has, with arguably the best conditioning on stage, but ultimately fell short to Brandon Curry and Big Ramy on the judges’s scorecards.

However Hadi has not wasted any time since the Olympia, and is getting right back to work on making gains for the 2022 season. According to a post to his coach, Hany Rambod’s Instagram, the Persian Wolf has already entered prep mode for next year, and he is looking massive so far.

From People’s Champ To Actual Champ?

Hadi Choopan got the honor of being crowned the People’s Champ at the 2021 Mr. Olympia, but many fans and bodybuilders felt like he deserved to get way more than that. In fact, there are some out there that feel like his conditioning was so good that he deserved to be the winner and beat out the two previous Olympia champs.

In the end, it was the same issue that typically plagues Hadi, which got in the way yet again: his size. Whether you feel it fair or unfair, it is hard for him to compete against people who are that much larger than he is, even with his unreal conditioning.

That said, there have been plenty examples in the past of athletes who are smaller being able to outwork the men who are naturally bigger, and Hadi Choopan could potentially be more proof of that. With him starting off his prep mode this early on, it will be interesting to see the types of changes that he makes for this year.