Hunter Labrada has changed his diet and training regimen following his 7th place finish at the 2022 Mr. Olympia 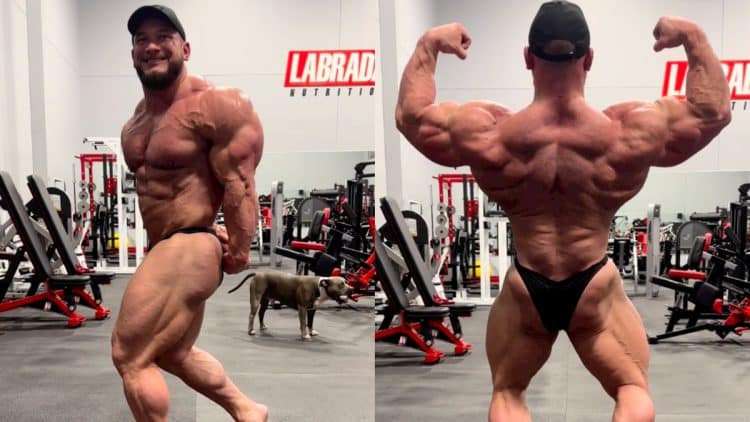 Hunter Labrada, son of legendary bodybuilder and IFBB Hall of Famer Lee Labrada, plans to make some changes after 2022 Mr. Olympia last month. In a recent Instagram post, Labrada shared the new diet plan he will utilize to improve his physique throughout the 2023 off-season.

Hunter Labrada rose to prominence with his jacked physique in the Men’s Open division in 2020. He turned heads at the IFBB Tampa Pro and defeated the likes of Iain Valliere to win the show. The victory earned him an invite to the 2020 Mr. Olympia contest. Hunter entered the show with a lot of buzz around him due to his family’s legacy in the sport. Ultimately, he backed up those expectations with an eighth-place finish in his debut.

Hunter enjoyed a successful run in 2021. He kicked the season off with a stellar showing at the IFBB Chicago Pro, where he took home the top prize by edging out Brett Wilkins, Maxx Charles, and Roelly Winklaar.

He returned to the 2021 Mr. Olympia stage with an impressive package and managed to crack the top five for the first time in his career. Labrada finished fourth, behind Hadi Choopan, runner-up Brandon Curry, and winner Mamdouh ‘Big Ramy’ Elssbiay.

One of the main talking points of the contest was the fierce rivalry between Labrada and Nick Walker. Although Walker came in fifth, many believe (including himself) that he did enough to beat Labrada.

The pair battled it out again at the 2022 Mr. Olympia last month. This time, Walker left no doubts as he improved to third place and also won the People’s Champ Award. Meanwhile, Labrada dropped to seventh place.

In a recent Instagram post, Hunter Labrada shared a physique update following the uneventful performance at the 2022 Mr. Olympia.

“Offseason 2023 – Had my first true session of the offseason yesterday! Since the ⭕️ I had been eating when I wanted to eat, and training when I wanted to train, giving my mind and body a much needed break! Felt great to be locked in on a meal plan and back to logging all my training! Will be doing a lot of content surrounding the new split, and diet, but for now here’s a down and dirty look! 268 fasted this morning (10lbs over stage weight at the ⭕️) –

Labrada’s coach Ben Chow gave his take on what went wrong for Hunter at the Olympia. He highlighted two main issues that factored into Labrada looking off on the stage; the overall prep and the peak. He admitted the preparations were a bit mistimed, resulting in Labrada coming in flat.

Hunter Labrada shared the new diet he will utilize to improve his physique during the current off-season.

Hunter issued a heartfelt message earlier this month expressing his shock at the performance. He intends to compete at two shows outside of the Olympia since he did not qualify for the 2023 edition of the contest.

It remains to be seen whether the new diet will have a positive impact on Hunter Labrada’s physique after the frustrating performance in Las Vegas last month.